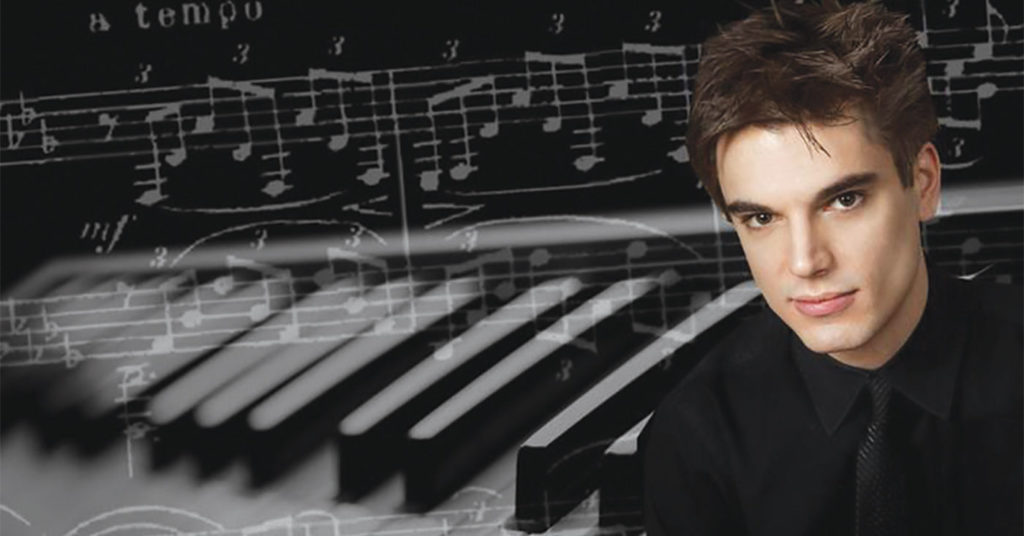 One thing is for sure: If Serge Rachmaninoff were around today, he would be thrilled that the Louisville Orchestra, with soloist Andrew Tyson, will perform his “Piano Concerto No. 3” this weekend. A century after he composed the work, and 64 years after his death in 1943, the classical musical world is still programming his music, and he’s as popular as ever with audiences.

That was not always a certainty.

Rachmaninoff stood as one of the great virtuoso pianists of his time. He was always confident of his playing throughout a career that began in Russia in the late 19th century, and flowered in the 20th century in the United States. Audiences adored his playing, thrilled with the speed and ease with which his long fingers could fly up and down the keyboard. When he arrived in the United States, the Steinway company gave him a grand piano as a gift. He was one of the first artists signed by the Victor Talking Machine Co., later RCA. And if Rachmaninoff needed money, all he had to do was schedule a 40-concert tour, and the halls would fill with fans.

But even though he reached a happy exile in America, he always harbored the Russian love of composition. He had grown up with the great Russian composers. He revered Tchaikovsky. Knew Rimsky-Korsakov, Balakirev and Mussorgsky — and performed their works, with them in the audience. He feared he would never slake that great Russian passion for composition, and that the last chord he played, would be the last the world would know of Serge Rachmaninoff.

Rachmaninoff did enjoy a few early compositional successes, including the “Prelude in C Sharp Minor,” which audiences still demand. But he was devastated when his first piano concerto failed. He sank further with his first symphony — a disaster. After a performance of that work in St. Petersburg, a critic wrote, “If there were a conservatory in hell, Rachmaninoff would gain first prize for his symphony, so devilish are the discords he has dished up for us.”

“The despair that has filled my soul would not leave me,” moaned the shattered composer. “My dreams of a brilliant career lay shattered. My hopes and confidences were destroyed.” He went home to live with his mother.

But don’t worry. Things would turn around for Serge Rachmaninoff.

Four years later in Moscow, he came under the care of a of a noted physician named Dr. Nikolai Dahl, who treated the shattered musician with the powers of autosuggestion — kind of like hypnosis. Rachmaninoff would go to Dr. Dahl’s home, where he was instructed to repeat the phrases: I will compose again. I will write a piano concerto. I will write with great facility.

Soon, Rachmaninoff was composing and playing again. Better than ever. Though close friends confided that Rachmaninoff might have been less interested in Dr. Dahl’s treatments than he was in the doctor’s daughter.

At any rate, Rachmaninoff soon penned his piano “Concerto No. 2,” which quickly became a worldwide sensation in 1901— and today is considered a landmark standard of virtuosic performance.

In 1909, Rachmaninoff was commissioned to write a third piano concerto, to be premiered in New York. In typical musician’s fashion, he was scribbling the final notes into the score as he boarded an ocean liner bound for the United States. On board, Rachmaninoff sealed himself in his stateroom to rehearse the piece on a “silent piano” — just a piano keyboard that clattered along as he hammered the notes of his new concerto.

The ship arrived in New York, Rachmaninoff strode down the gangway, and off he went to give a small performance of his new concerto in a recital at Smith College, in Northampton, Massachusetts. A few weeks later, he premiered the concerto in New York City. Audiences cheered, critics gave the thumbs up, and Rachmaninoff rewarded himself by …

You guessed it. The happy Russian bought himself a new car.

Rachmaninoff drove his shiny 1910 Overland around the city and out into the countryside, accompanied — as one would be in those days — by a mechanic.

When the Revolution broke out in Russia in 1918, Rachmaninoff found himself on the wrong side of things. He and family escaped in an open sleigh across the border into Finland, then on to Stockholm. He then emigrated to the United States. His first home was in New York City, with summers in France and Switzerland.

In his latter years, Rachmaninoff settled in Beverly Hills, California. In 1941, he performed and recorded in high fidelity his “Piano Concerto No. 3,” with the Philadelphia Orchestra. In 1942, fellow émigré and friend Vladamir Horowitz gave a famous performance of the “Concerto No. 3” in the Hollywood Bowl, with Rachmaninoff in the audience — the composer.

Which brings us — finally! — to the 21st century, and the Louisville Orchestra concerts Friday and Saturday in Whitney Hall in the Kentucky Center. Besides the Rachmaninoff, the orchestra will perform a commissioned work called “Current,” by Lev Zhurbin, and — sticking with a Russian theme — the final movement of Dmitri Shostakovich’s “Symphony No. 11.” Music Director Teddy Abrams has the baton.

Tyson is globe-hopping performer who has won numerous prizes at international music festivals. He studied at the Curtis Institute and Julliard, and is said to have long fingers like Rachmaninoff — able to reach and sound the composer’s broad chords. (Readers may get a glimpse of Tyson’s reach and hear his style in a YouTube video: Leeds Finalist Andrew Tyson plays the finale to Rachmaninoff’s “Piano Concerto No. 3.”)