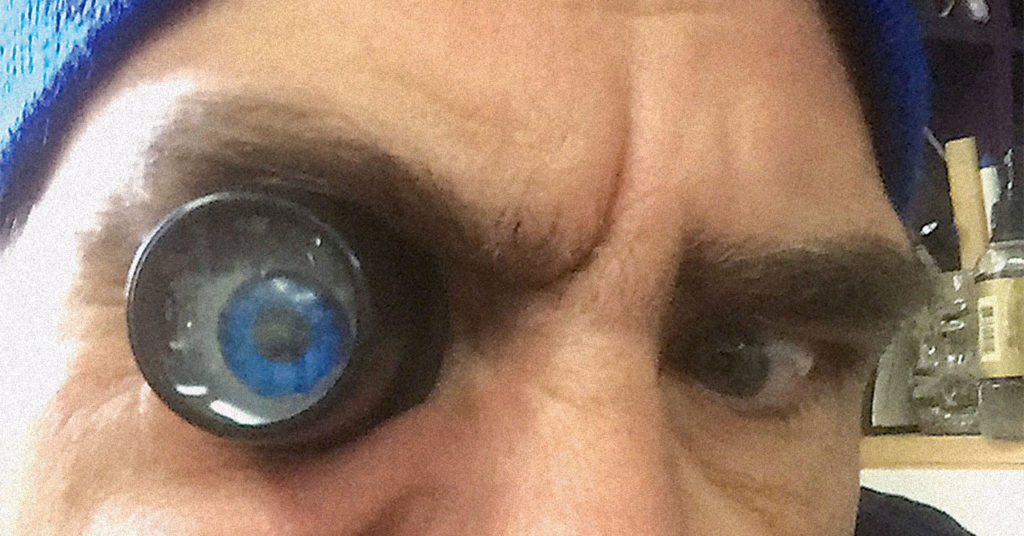 Patrick Spring’s performances stand out among his peers because he often swings from dark to cynical, while touching on profound, and landing at completely absurd — all of which might happen in a single joke. Over his 30-year career, Spring has delved into topics such as death, pet ownership and stepchildren. The Nebraska native honed his sense of humor as a way to stand out among his six siblings. This fixture in the Louisville comedy scene for almost two decades now returns this weekend to The Laughing Derby. These will be special performances for Spring, as he will be recording each for a yet-to-be-titled album.

LEO: What was it like growing up in a huge family?

Patrick Spring: Three brothers, three sisters, a dog and two idiot parents. I would imagine me becoming a comedian goes back to trying to stand out in the crowd at home. That, and I just knew I really liked to be on stage.

Where was the first place you actually tried doing stand-up?

A place called Patoot’s Saloon (in Lincoln, Nebraska), ‘Bad Comedy Night’ is what they called the show. The first time was actually pretty cool. My friends all came out to see me, and I had a pretty good show — so I thought: ‘I’m going to be a big star.’ And then, the next week, I went and did it again without any of my friends, and it was quite the opposite of the first show. That’s when I realized that I’m not going to be the greatest all of the time, so I better learn to be comfortable either way on stage. And that’s kind of what has progressed over the years. I’ve been loved and I’ve been hated — both are fun to me. If you’re going to love me, I’ll give you a reason to carry me out on your shoulders. If you’re going to hate me, I’ll give you a reason to run me out of your town.

How do you write? Pen and paper or on-stage or what?

I have a suitcase filled with 30 years worth of scrap paper with ideas scribbled on them. So I guess you could say I’m a pen-and-paper guy. But really I think sleep deprivation has done most of my writing for me. I’m never as funny as when I’m sleep deprived.

As a comedian do you like doing clean comedy or edgier material?

When I first started, it was all about clean comedy. I was raised in a clean-cut family, so I fit right in there. But I was also in the military for a little while [Spring served in the Navy on the U.S.S. Enterprise], so I was trained to swear by the United States government. I have learned to put some combinations together that make even the meanest of biker guys go: ‘Dude, calm down.’

How is it you ended up living on the road for 15 years?

Yeah, I put my stuff in storage, and I was a traveling fool. I just kept going and going, meeting new people and new booking agents — the next thing I knew, I was living on the road. It was quite exciting as a little kid from Nebraska, waking up on the shores of the northern Great Lakes, in the middle of winter, it’s 30 below, and there’s a blizzard raging outside. That’s not something I pictured my life to be when I was a kid. That’s what I loved about it, really, was the traveling. When I finally put my bags down and decided I didn’t want to live out of a suitcase anymore, I picked all my favorite places to go to, and I really loved the Louisville area. So I settled down and planted my roots here.

You consider The Laughing Derby to be your home club. You’ve been playing it a lot of years and have seen it through all of its different eras. What do you think is on the horizon from here?

You never know with this club. That’s what’s so great about this club. It has its own roots in the comedy industry. It’s been around forever, and everybody wants to keep it around. That’s what I love about Louisville and this room — no matter what happens there’s always a base and support from this town for all of the comedy craziness we like to do. It’s weird: It just keeps holding on — kind of like my career.•