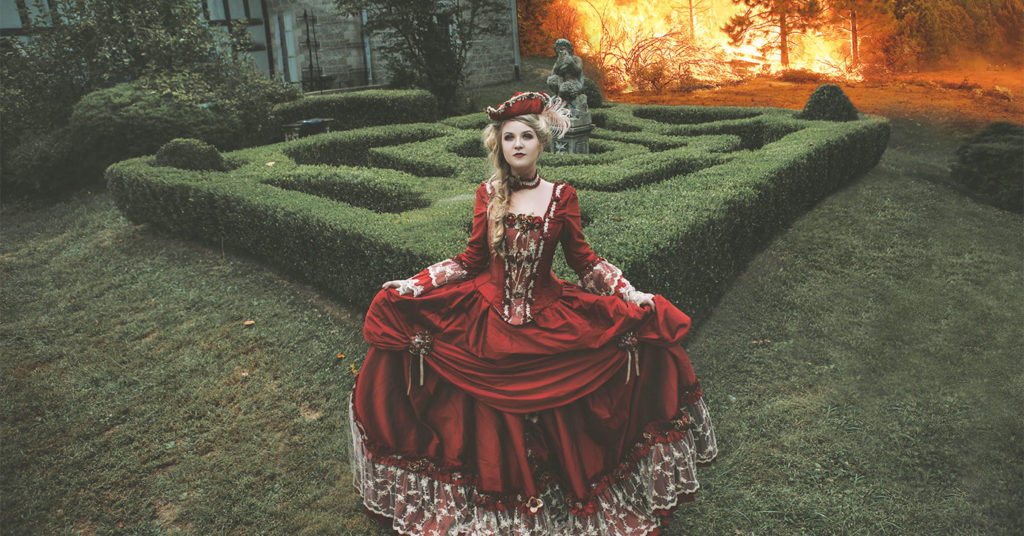 I am lonely, lonely,
I was born to be lonely,
I am best so!
—William Carlos Williams

I left that town behind,
its cracked and pitted streets, its timely projects.
I left the corrugated shacks and baleful roaming
dogs. I hiked into the ring of mountains, a discovered path
of damp, dark earth rocky and riven. I hiked into sky
of cloud and wind, taunting the rain to come.
I claimed all of it. I owned all of it. The path grew rougher,
narrower, less distinct. Maybe, I worried,
more hopeful imagination than anything. Did I know
where I was headed? For divination,
I watched the avenues of leaf-cutting ants,
sure and ceaseless beneath their burdens.
They said to keep going, up through the long, whispering blades
of the young sugar cane plants. The ridges of green hill extended,
one to the next, then ceded to a gray sky roiling
with trouble. The torrent was inevitable. When it came,
it could have me. I hoped for a circle that would
bring me back, but not too easily, not too soon. Eventually.
Otherwise, I was lost. A grand thing.
The flushed rodent, the wet, rutted soil, the song of wind and leaf.
An unknown village in the far distance,
the spire of its small church just discernible.
The spicy, dung-like aroma inhaled, the chill air
on my calves and arms. All mine, with nothing to spare
for anyone. In a tree so invaded with bromeliads
that I could not distinguish the leaves of the branches from
the lusty fronds and erect red flowers,
a pair of boat-billed flycatchers
alternated fluttering into their unseen nest of sticks
and a perched vigilance,
a call strident and claiming and immediate.
I studied each in turn — the black and white stripes
of the head, the black beak massive
in proportion, the yellow breast and rufous-tinged
wings. They watched me watch.
It was a remote spot, I suppose, for their
clutch, austere yet somehow abundant and manifest.
I would find my way, preferably forward,
but back as I came if necessary.
Listen, here is what I’m saying: There are many paths home
— or wherever you find yourself today — as many as there
are faiths to follow them. Your life is your own. You decide.
Ignore their noise, their scripture, their obvious uniforms,
their bullying and stale achievements.
Your brief life is your own. Now, while the body’s
still as willing and agile as it needs to be.
Now before the storm that’s coming, arrives.