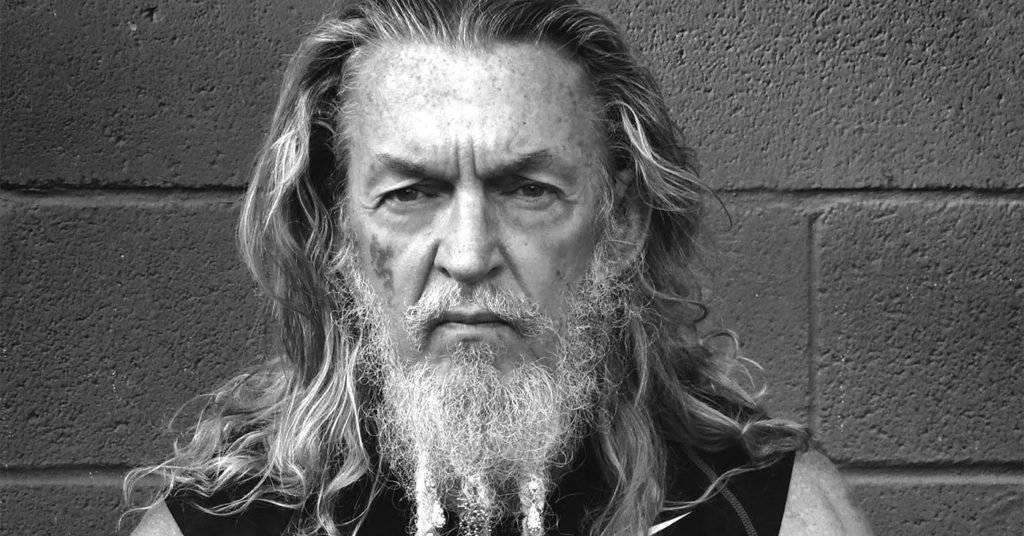 Many and diverse are the audiences that have found entertainment and enlightenment in Ron Whitehead’s poly-hyphenate, artistic output. Hunter S. Thompson loved him, and so do we.

Naturally, he repays this by darting over into another unexpected artistic corner — and delivering a chapbook about his life as seen through the lens of Bluegrass basketball.

Sports poetry has its own special history, whether you want to chase down ancient verse about contests and challenges, or you’d rather trace the modern arc from Walt Whitman on through “Casey at the Bat.” Poems can celebrate the athletic form as a human ideal, or compare fandom to bloodlust. And we’re in a part of America where basketball infiltrates school schedules, race relations and a lot more — so opportunities for a talent like Whitehead should be rich.

Well, maybe it’s just too ripe a target to stare the regional culture of basketball straight in the face, and so Whitehead refuses to go wallowing. Instead, we get lean vignettes about the poet’s lifelong relationship with the game, following along with (and making its own) key moments in his life.

Of course, it starts with innocence and unabated appreciation for the simple joy of playing wherever some Kentucky kids could find the equipment back in the 1950s:

As school and leagues bring the playing into complement, or conflict, with institutions, Whitehead’s sharp observations from real life show a later Kentuckiana as a shifting borderland between rural and suburban concerns:

Any subtext about a bygone paradise is plunked down on center stage in one of the highlights here, when presidents Ronald Reagan’s and Bill Clinton’s policies are stood up against the consolidation of high schools to see which really tolled “the death of small town usa …”

Moments like that are few. Whitehead prefers filling meter with lists of items that collectively convey place and time like chorus lyrics in a rock anthem. The time-spans grow wider and concepts of home keep shifting — but the poet repeatedly points to the wake-up reminders he’s received when blood is drawn in rough play:

The chapbook closes with a flurry of pieces that cover so much territory that it’s like they’re in a higher gear, and together they accumulate a summation that can’t help but make you smile. This poet’s language gifts, once honed, got him acquainted with Beat legends. And his high school and college basketball playing days put him next to Hall of Fame coaches. But, he points toward the level of respect those icons have earned, and says it is also earned by the next street baller who’s tough and quick, and who sees a cagey similarity when the 60-something Whitehead steps onto a court. •

Whitehead is the guest poetry judge for the 2017 Literary LEO contest.