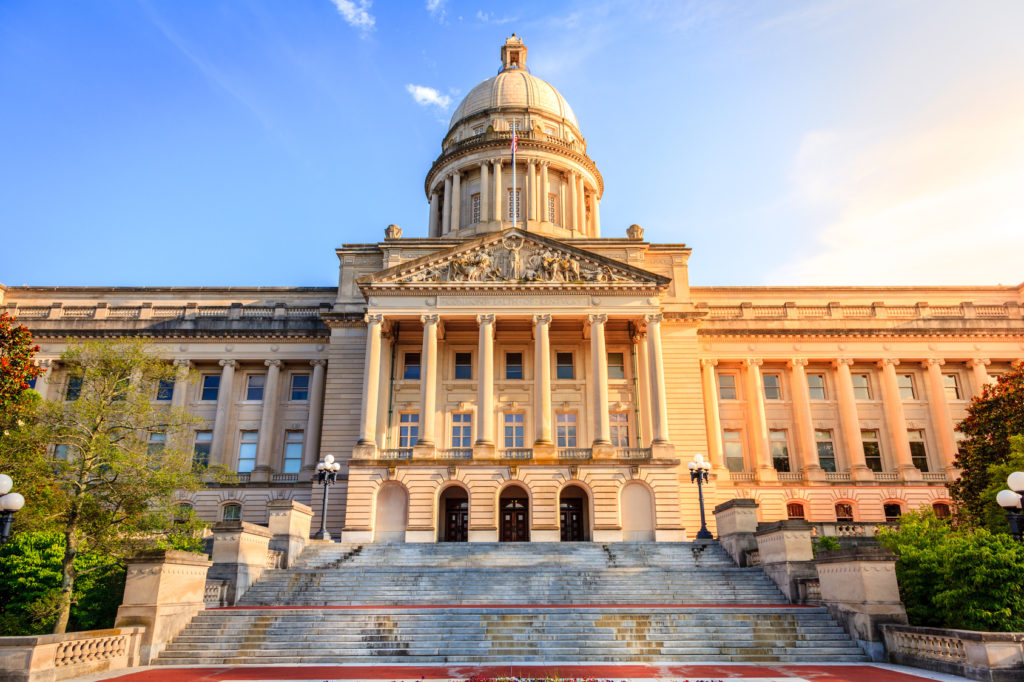 Ushering in a new era of Republican domination for the Commonwealth, the state General Assembly convened this week. In case the luster of New Year’s Day wooed you into forgetting what voters set in motion back on Election Day: Republicans for the first time since 1921 control the state House, they carry a supermajority in both chambers, and Republican, selfie-loving Matt Bevin is governor.

This session will last 30 days, enough time to give Kentuckians a glimpse of what to expect under GOP rule. Republican leaders have said they will prioritize job growth and the economy over such broader social issues as transgender-bathroom and “religious-freedom” bills. No abortion-related proposals were pre-filed for the session, though Republican leaders have previously said they would support and act on such legislation.

Here are a few peeks at what we do know is up for consideration, based on the myriad of pre-filed bills:

Charter schools — Kentucky is one of seven states that do not allow charter schools, which are publicly funded, privately run and typically released from rules required of public schools. Opponents say charter schools would lack enough oversight and drain money from public education. The Democratic-led House killed off earlier bills. With Republicans now in control, charter school legislation seems likely, with Bevin a vocal supporter. Last month, the state Board of Education approved a list of proposed guidelines it hopes lawmakers would consider if they move forward on charter schools. Among them is that charter schools must be nonprofit and not overseen by religious organizations, and that public school funding would not suffer because of the new charter schools.

Right to work — Like charter-school proposals, right-to-work legislation has historically died in the Democratic-majority House. The new political make-up means Kentucky is likely to become a right-to-work state, prohibiting employers from requiring employees to join a labor union as a condition of employment.

Ban the box — Several bills focus on reforming the criminal justice system. One of the more notable proposals is so-called Ban the Box legislation, which would prohibit employers from requiring disclosure of prior criminal history as part of an initial job applications.

Blue Lives Matter — A proposal was introduced over the summer to consider it a hate crime to target a member of law enforcement, a firefighter or emergency medical services worker. Louisiana was the first state in the country to pass such a bill. Critics of such bills, including the American Civil Liberties Union, say they could dilute the protections afforded people now covered by hate-crime laws, and state law already includes enhanced penalties for attacks on police officers. In the same vein, a separate proposal seeks to amend the law to toughen the probation and parole options for anyone who murders or attempts to murder a member of law enforcement or the fire department.

Identifications — Kentucky is one of nine states that have not complied with the federal Real ID Act, set in motion after 9/11. Bevin vetoed legislation in 2015 that would have allowed residents to get driver’s licenses that met the federal standards. In the fall, Kentucky was denied a compliance extension, which means the legislature now has one year to resolve the issue before airport security stops accepting state-issued IDs. (At the end of January, federal agencies and nuclear power plants will stop accepting Kentucky driver’s licenses and state IDs.) Legislation has been filed to fix this — finally.

Guns — State Sen. Gerald Neal, D-Louisville, has proposed a bill that would hold a person accountable to a Class B misdemeanor if his or her minor got a gun not secured with a trigger lock. It would become a Class A misdemeanor if the minor injured or killed himself, herself or somebody else with the firearm. Meanwhile, Sen. Reginald Thomas has a bolder proposal — to grant urban-county governments and consolidated local governments (like his Lexington and our Louisville) the power to regulate the manufacture, sale, purchase, taxation, transfer, ownership, possession, carrying, storage and transportation of firearms and related equipment, as long as it does not conflict with state or federal law.

Gaining traction on either of these seems unlikely, despite a deadly 2016 here in Louisville. Metro police responded to more than 400 shootings during the calendar year and broke a decades-old homicide record.

Marijuana — While campaigning, Bevin came out in support of legalizing the use of medical marijuana. That vocal support did not lead to any movement on a medical cannabis bill introduced in 2016. However, the legislature will have another shot at it this year. Sen. Perry Clark, D-Louisville, has pre-filed a bill to legalize medical cannabis. As for recreational usage, Clark also filed a bill that would allow people 21 and older to possess up to an ounce, grow up to five plants themselves and consume said cannabis on private property. (Smokers probably shouldn’t hold their breath for that one.)

Travel requirements — In an effort to keep state officials in touch with the needs of rural Kentuckians, Rep. Kenny Imes, R-Murray, submitted a proposal that would require higher-level state employees to travel to Fulton or Hickman counties in Western Kentucky and Pike, Martin or Letcher counties in Eastern Kentucky.

E-commerce safety zones — Craigslist can be a haven for sweet deals, but meeting strangers in dark alleys with wads of cash isn’t ideal. To assist with this modern-marketplace conundrum, some police stations across the country have designated areas as e-commerce safety zones, where citizens are welcome to sell their crap to strangers in close proximity to officers and surveillance. Rep. Dennis Keene, D-Wilder, has proposed a resolution to encourage local governments to designate such areas in their jurisdictions.