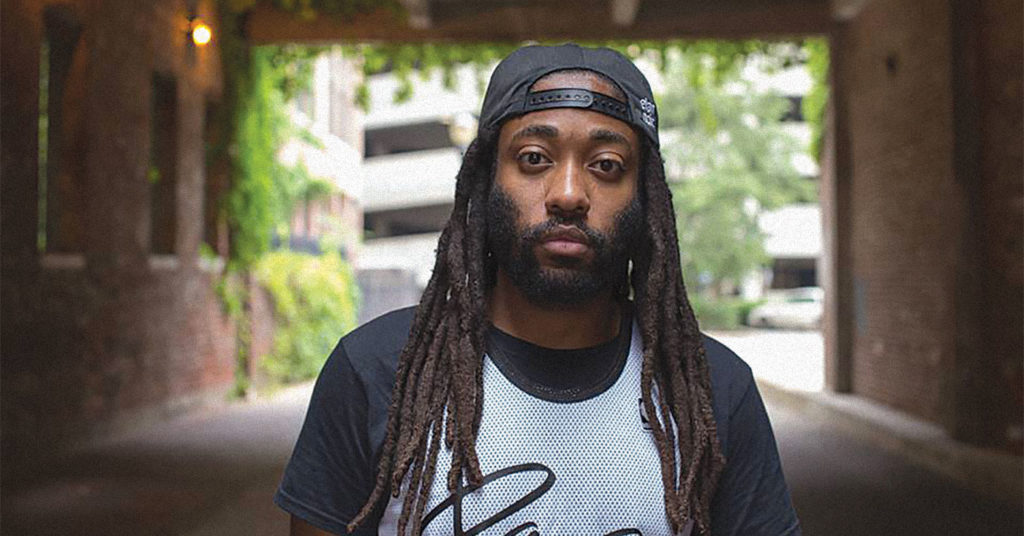 Hip-hop artist James Lindsey — who formerly went by JaLin Roze — will release his first album in more than three years this weekend, so we caught up with him to talk about the themes of Same Sky, Muhammad Ali’s funeral and why he scrapped an album that he recorded during the time he took off.

On the themes of the record.

“It’s kind of an album about where everyone is currently, like how people, in the nation, feel. So, there are a lot of stories about that. The theme came from the song ‘Rainbows,’ where we might not ‘pray to the same god, have the same taste, but we all have the same sky.’”

On how he wrote each song to be different, but fall under the same umbrella.

On how Muhammed Ali’s funeral impacted the record.

“It was so touching and beautiful. It showed me he was super proud of being who he was, of being a black man from Louisville, Kentucky and this prominent figure, but he was also cool with, and enjoyed, people who were different than him. That really spoke to me, as well. There were all these different people from all these different walks of life all speaking about the same man.”

On how his cousin’s release from jail impacted the record.

“I think my cousin getting locked up and coming out kind of showed me, more so, the state of how African-Americans are treated in the United States. And I don’t mean it like, we walk out the door and people are throwing tomatoes at us. I mean it more so from the standpoint of, there have been so many things, systematically, that have been placed in front of us over and over again, and we’re just supposed to fight through these things, and ignore them, but it’s hard to ignore them when it’s right in front of your face. When your family members are the ones suffering.”

On how he, and his producer, Josh Nicholson, have grown as artists in recent years.

“We’ve always had a great chemistry, production and rap wise, but, realistically, we never knew what we were doing. We were kind of just like, ‘Oh, this lyric sounds cool,’ or ‘This beat sounds good — let’s put them together.’ And that’s not how you make music. And we figured that out. Me and Josh, being around my band, the Grand Nationals, I can’t thank them enough. They know how to capture mood and feeling and dynamics — all of the things we knew nothing about.

On how he had an album completed during the few years he took off, and why he chose to scrap it.

“There was no growth, to be completely honest. It sounded like I was rinsing and repeating my previous stuff. It didn’t feel right. I was just like, ‘In order for me to grow, I have to just take time off and grow.’ I can’t just rinse and repeat because it’s not going to get me where I want to go. We trashed everything, and worked our asses off, and tried to figure everything out, and I feel like we did.”