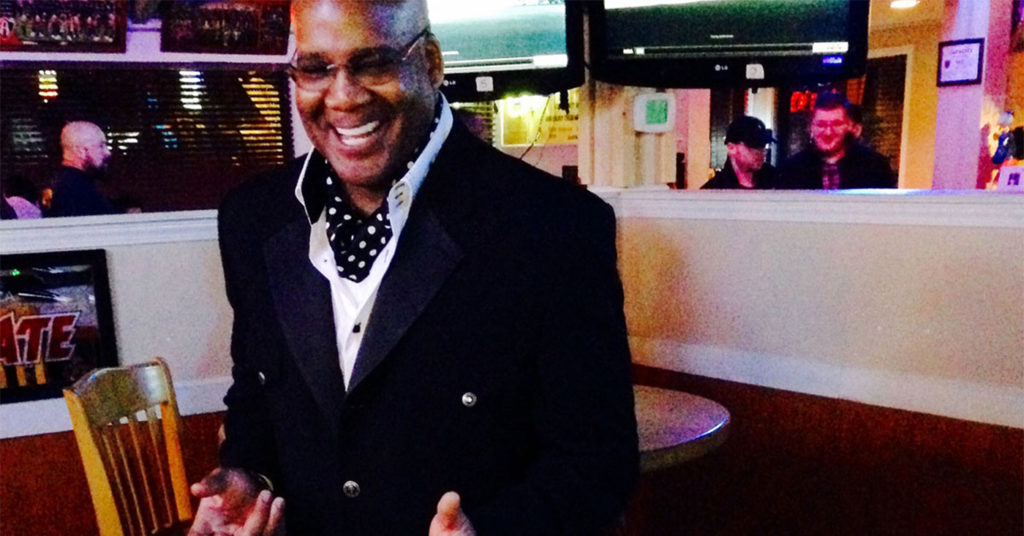 LEO: When and how did you all decide to start producing comedy shows?

Isaac Daniel: I started producing shows in Indianapolis for Morty’s Comedy Joint 11 years ago. I have been doing this so long, I think I have worked with just about everybody. So, eventually, I branched out and started doing my own show there called ‘Straight-Up Stupid Sunday Nights.’ I saw the opportunity pretty quickly to do a show at Laughing Derby when it changed ownership, so I called up Mike.

[Steve Hoffstetter has been co-owner of Morty’s Comedy Joint since July 2010 and purchased with a separate set of investors Louisville’s Comedy Caravan, rebranded as Laughing Derby in January 2014.]

Big Mike: Yeah, comedy chose me, really. Isaac was doing the show in Indianapolis at Morty’s and wanted to move a version of his show down here to Louisville. He wasn’t exactly sure how, since he didn’t know anybody down here. I had been in town a couple of years and was doing stuff and was like: ‘I can help.’ That’s when I came on board and ‘Big Mike’s Comedy Blast’ was born.

Have you, Big Mike, the face and co-producer of ‘Big Mike’s Comedy Blast’ ever thought about taking the stage and doing comedy yourself?

BM: One of my opening lines, when I’m on-stage before the show, I always tell the audience: ‘Clapping is optional, but laughter is a must.’ And I always try to remind the audience that these are just jokes. No one is here to offend, even though some of the comics can get a little edgy. So I admire the comics. My hat is off to all of them, but I know my weaknesses. I don’t really want to get on stage more than I want to introduce the show. I feel like being behind the scenes lends more toward longevity in this business. I’d like to stick with what I’m good at.

What does ‘Big Mike’s Comedy Blast’ bring to the local comedy scene?

BM: Here in Louisville, after The Improv downtown closed down, there wasn’t anyone in town doing an urban comedy show on a regular basis. And when the opportunity to do it at Laughing Derby came around, that’s when we launched this thing.

ID: I hate to use the term urban comedy. I feel like our show is for everyone. The heart of my show [at Morty’s] was that I’d look around and see how traditional comedy clubs might do things, and then I’d do them my own way. With this show we mix my ideas with Mike’s ideas, and we end up with real quality shows every month, that feature some of the most interesting up-and-coming, as well as, established comedians around.

BM: I feel like we provide a platform for local up-and-coming comics to showcase their talent, while working with some of the biggest and best comedians in the industry.

Having put this show on in traditional and non-traditional comedy venues, do you prefer one over the other?

ID: When you get to put on a show in a comedy club it’s great. But when you’re putting on a show like this, especially from a business sense, it’s better to work outside of it. You promote it and market it how you want to. You really get to brand yourself. It lets you stand on your own two feet. Almost like moving out of your parents’ house.