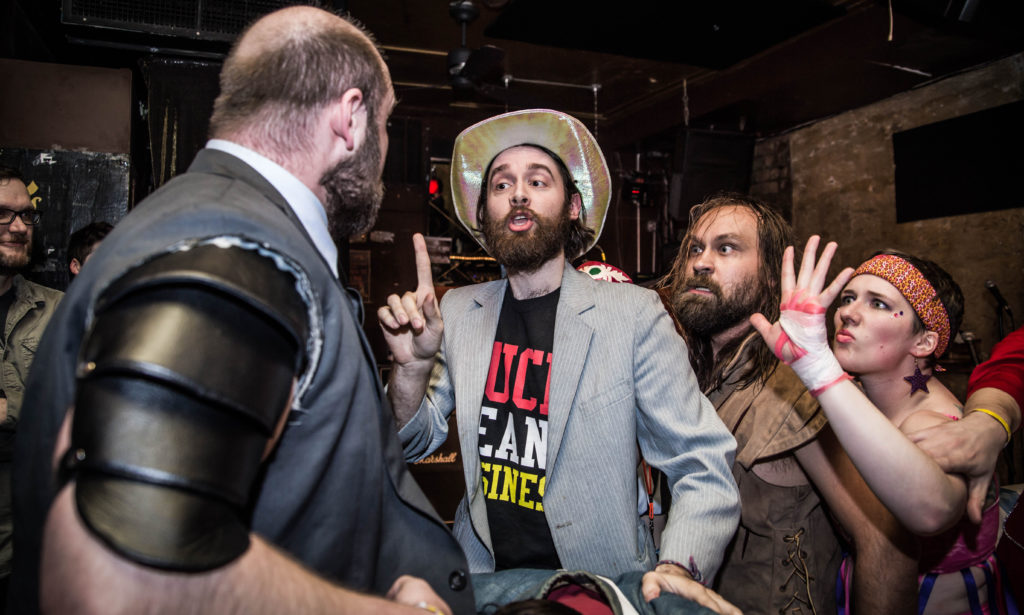 We Are the Weirdos, Mister!
Cure Lounge
$10-$17  |  9 p.m.
“We Are the Weirdos, Mister!” is a macabre night of entertainment with members of Louisville’s strangest groups: Octo Claw’s Bizarre Bizaar, Vaudeville Louisville, Suspend Performing Arts, Suicide Squad and Va Va Vixens. It’s a chance to let your freak flag fly, and enjoy acts of burlesque, aerials, drag and sideshow!

We Welcome Refugees
Church of the Advent (901 Baxter Ave.)
Free  |  1 p.m.
Join the Episcopal Diocese of Kentucky for prayers and statements of support for our refugee neighbors in Louisville. At this gathering, the diocese (in the words of the presiding bishop) will “ask President Trump to continue the powerful work of our refugee resettlement program without interruption.” Because everyone deserves a chance at a better life, no matter what scared little men with small hands say.

LCAW: Darkness On The Edge of Town
Kaiju
Free  |  10 p.m.
This event is best described by Louisville Championship Arm Wrestling’s own Jon Becraft, aka Buck Dungle: “We wanted to present all the tropes of wrestling to a theater crowd … since none of us had any experience in wrestling, we went with arm wrestling.” It’s all the fun of going to a campy wrestling match, except instead of being surrounded by juggalos, you’re surrounded by drunken theater geeks.