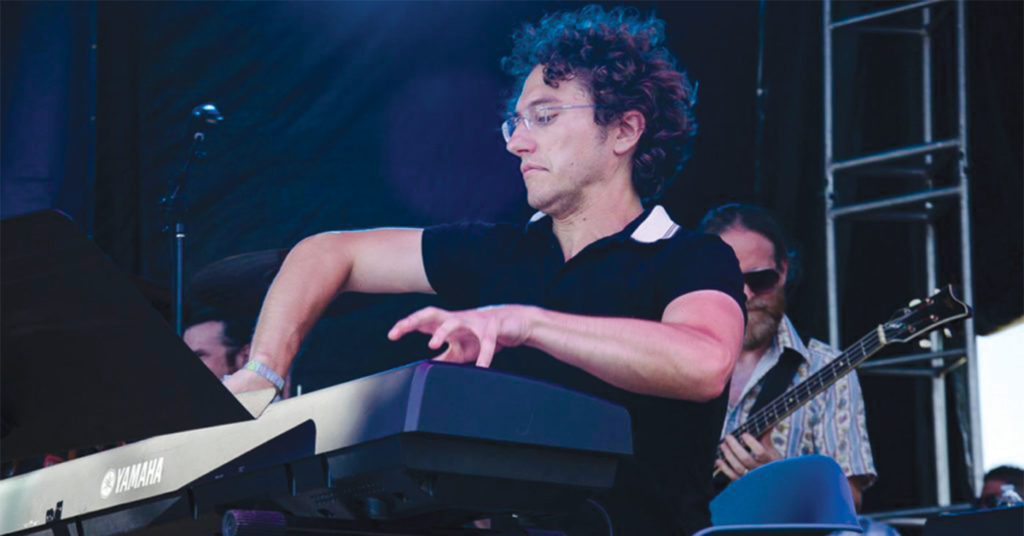 There is something to be said about the stylistic diversity inherent to the Louisville music community, and the Louisville Accord is here to say it. Conceived, in part, by Brian Cronin of Goldsmith Studios and radio hosts CJ Cumberland and Charity Radcliffe, both of Crescent Hill Radio, the project finds collaborators from across the genre spectrum composing together for the first time. The result is the first edition of The Louisville Accord, a 10-song compilation album that will be released next week. The idea — the pairing of two local musicians unconnected by genre to write and record a song — is not only an opportunity to showcase the disparate interests and talents of each individual artist, but it also illustrates the adventurous nature of the larger community. The proceeds go to Strive Louisville, a nonprofit that provides “creative wellness education and services,” such as music therapy, lessons and events.

In his work producing and hosting “Cumberland Country,” Cumberland has heard the scene described as both open to collaboration and cutthroat. With the Louisville Accord, he opts for the former, saying, “We decided to put this to the test, and the result exceeded our wildest dreams.”

They got to work finding the right people for the job, sorting out the logistical hurdles of tours, studio time and artist availability, while staying focused on finding interesting pairs for each artist.

“It was most challenging for us not to intervene,” Radcliffe said. “Just being in the same room with so many creative juices flowing was completely inspiring. I wanted to collaborate too!”

They were fortunate to find great collaborations. “We prepared in the event that we had two artists who didn’t necessarily jive well together, but that never happened. It really does take a village, and we’ve had the help of everyone in the community in on this,” she said.

That village includes quite a list of local talent, including Louisville Orchestra Conductor Teddy Abrams, emcee Jecorey “1200” Arthur, folk musician Tory Fisher, the Americana influence of Nick Dittmeier and the indie experimentation of Cheyenne Mize, to name a few. It was a welcome challenge to fiddle player extraordinaire Mike Cleveland, of Mike Cleveland and the Flamekeepers.

“It’s kind of cool to see what you can come up with thrown in with a person that you haven’t played with before,” he said. “It just so happened to be Teddy Abrams on some bluegrass meets jazz. Teddy is an incredible musician. I hadn’t ever done anything like this, where we’d attempted to write a tune. Other than band members or close friends, I haven’t tried anything like this.”

Cleveland believes his experience with Abrams has enriched him as a player.

“He has these ideas and comes at it from a totally different perspective,” he said. “It brought a lot of stuff into what we [did] that I wouldn’t have thought [of]. The tempo-varying stuff and all the different things that are happening in this song that we were working on, it demonstrates our ideas. For fans of both of us, they might even be able to tell who did what.”

He sees Louisville as a unique petri dish for artistic expression: “The Louisville community is almost like a small town. Everyone knows everybody, and everybody knows what everyone is about. There are so many great artists here, and so many that are willing to donate their time for a good cause. Here it’s more about really wanting to play music.”

The only rule of The Louisville Accord was that there were no rules.

“It was really laid back,” Cleveland said. “I didn’t know how it was going to be really. We ended up writing this whole new thing that ended up being a collaboration with both of us. It’s almost like two or three songs in one. We ended up doing this extended jam thing. To tell you the truth, I’m surprised they wanted the whole thing on the record, but it’s cool.”

“Everyone seemed excited for the opportunity to help bridge any gaps, while also challenging themselves musically,” Radcliffe added. “It all came together perfectly in the end.”

Cumberland, Cronin and Radcliffe had help from Copper & Kings — where there will be a CD release and listening party for the record on Jan. 11 — in making it all come together.

“They have a history of supporting local nonprofits — and events that help fuse art with the public,” Radcliffe said. “[They] have agreed to donate their  second floor art gallery space for the Accord listening party. The gallery features local artwork and includes a projection screen, which we’ll utilize to show behind-the-scenes footage of each creative co-writing process.”

You can get a taste of The Louisville Accord this Friday on WFPK’s “Live Lunch,” and pick up a copy of the compilation next Wednesday at Copper & Kings Distillery, where there will also be performances by Small Time Napoleon and Fuego Azul. The first 250 people to purchase a ticket get a CD of the compilation.