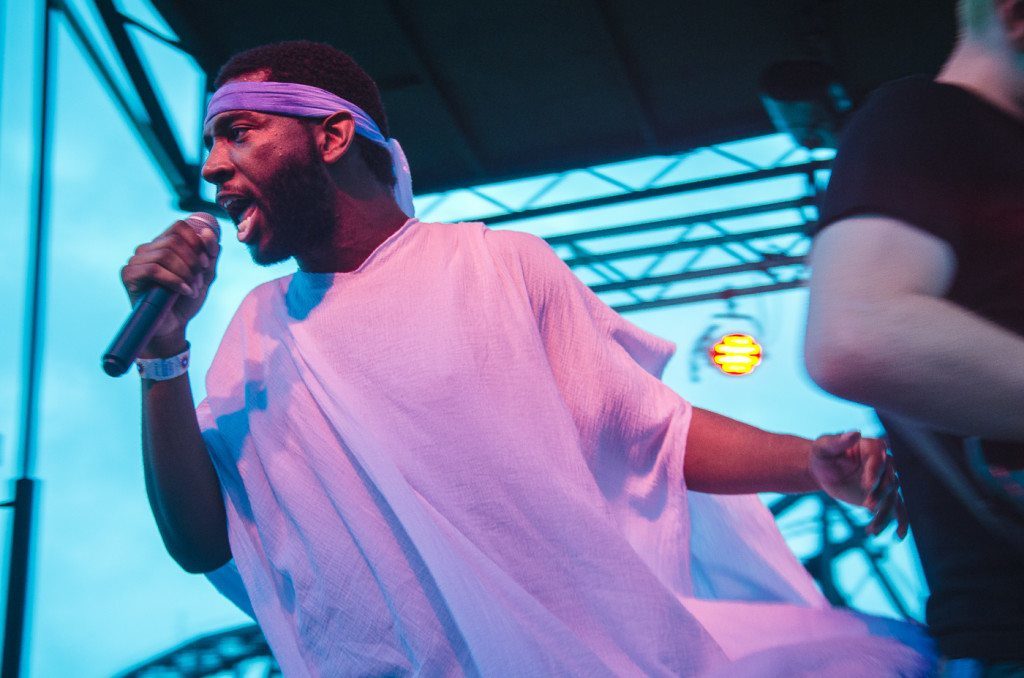 The album release show at the Bomhard Theater in The Kentucky Center on Saturday, Jan. 14, aims to match the concepts and roller coaster ride presented by the double album. We asked Arthur, and visual artists Letitia Quensberry and Katie Lee Jones what to expect from the stage set-up for the live performance.

“The albums, Séance & Spirit, were composed to tell a story together, apart and have songs that tell their own stories. The release show is no different, but will feature the journey in all its aspects. 1200 LIVE will be a combination of my past shows — a live band, dancers, strings, visuals, passionate lyrics and much more.”—composer/performer, Jecorey “1200” Arthur

“In talking about this project, I immediately responded to1200’s early creative connections to LEGO. I wanted to create

something equally simple and geometric, yet evocative. In my own creative process, I construct drawings, photographs,

light boxes and text-based installations to reconnoiter perception and to encourage deeper observation. I wish to spread

a message of appreciation for nuance and love for the present moment. Optical illusions, in particular impossible objects and the Necker cube, are clear inspirations for this collaboration. Katie Lee and I are creating a dimensional object to be used as both container and projector of light, color and shadow.”
—visual artist Letitia Quensberry

The creative process for the visual design of 1200 LIVE started behind the music — the story of the urban plight. The goal was to relay truth, as well as create a fantasy escape through some sort of outlet/portal of light. In the spirit of 1200’s mission to collaborate, I immediately thought of Letitia and her amazing artistic ability. After a few meetings where we rambled our inspirations as she sat quietly and absorbent, her idea of “the cube” surfaced. With the performance’s five movements (life, earth, séance,

death, spirit) as our guide, we are creating a visual experience using tones, textures, lights and shadows. 1200’s wardrobe will be futuristic and minimal. The ballerinas are spirits —dark/demon, light/angel.”
—visual artist Katie Lee Jones