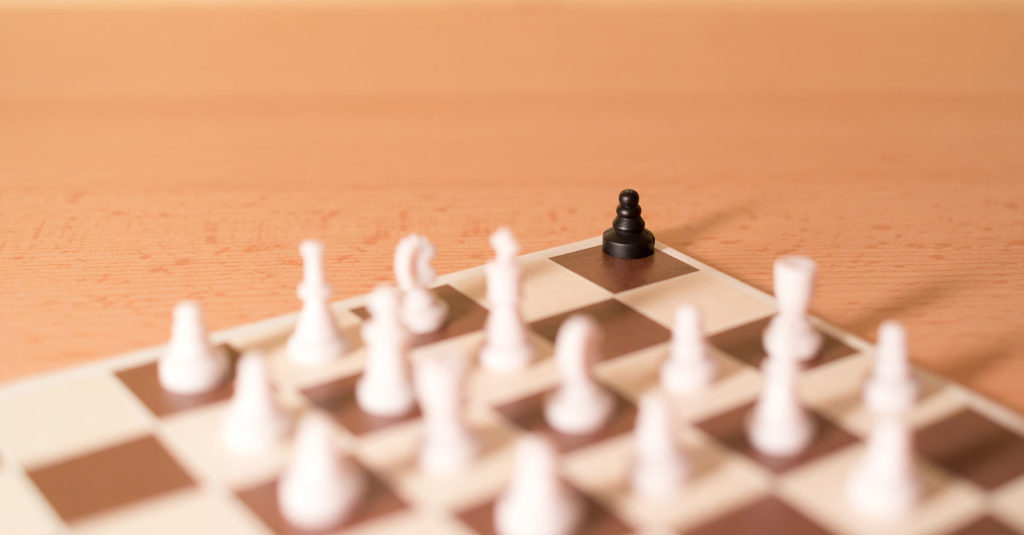 An Indiana newspaper got a lot of attention recently for running a headline proclaiming “White nationalist group seeks to form separate community in Paoli.” This headline, and its accompanying story about a microscopically-small number of Hoosiers who believe the good guys lost World War II, has provoked some pearl-clutching by progressives.

The goal of white nationalism has long been to create a separate white state, which is quite uncomfortable for anyone who is anti-segregation, anti-apartheid, anti-racist or just pro-humanity. The infamous website Stormfront, in its FAQ on white nationalism, proclaims that the creation of such a state “is definitely going to feel like a witch hunt! When the time comes, those who are guilty of ‘integrationism’ should do the sensible thing and flee. It will spare us all a lot of pain.” This same FAQ, written 19 years ago, opines that “the White nation” is “about 20 years off.” So maybe next year is the year we break into separate ethno-states.

Still, there is a tendency, right or wrong, to assume that the rising star of the “alt-right” is something unprecedented. Running a guy like the founder of Stormfront on a national media outlet used to be a novelty. A sideshow. Now, Richard Spencer or Paul Ramsey is interviewed on NPR, and the host is almost civil — like we’re just having polite discourse about ethnic cleansing. And Stephen Bannon, who is barely modest about his ethnocentric worldview, is set to become one of the most-powerful men on the planet. While the surge in visibility of slick, coiffured white supremacists is undeniably alarming, we’ve seen this before.

A grave mistake is often made in assuming that white supremacists were ever just an underground fringe group in the first place. They have always sought, and have often enjoyed, political power in America. In the 1870s, a report to the 42nd Congress stated: “[W]hatever may have been its original intent or the avowed design with which men were seduced into it, [the Klan] has become a political organization whose purpose … is to put the democratic party up and the radical party down, to oppose the [13th, 14th, and 15th] amendments to the Constitution [and] to have a white man’s government.” The original KKK nearly succeeded in doing just that, until they were prosecuted to near extinction by the Ulysses S. Grant administration.

Then, in the 1920s, a resurgence of the Klan grew until it dominated the politics of the South and beyond. Indiana is a notable example. By 1925, Indiana had an estimated 250,000 Klan members and had elected a governor who was himself a klansman. The KKK very nearly purchased Valparaiso University. It was not just a political entity; it was a bulwark of Indiana politics. The “second KKK” waned in popularity over time, but it enjoyed some revitalization in the 1960s following the successes of the civil rights movement. By the early 21st century, Morris Dees and his Southern Poverty Law Center had effectively eliminated white supremacist groups in many states (including Kentucky) by bankrupting them in civil lawsuits.

Predictably, where there is progress, there is the Klan. They are there in some form in every epoch: the maggots who feast on the carrion of the old world order. We saw them trying to undo Reconstruction, suffrage and the Civil Rights Act. Now they want to undo the first black presidency and the significant progress made by the LGBTQ rights movement. The good news is that there are institutions that provide safeguards against the Klan and its ilk, and those institutions work pretty well. In fact, those institutions have provided a means for beating back the Klan for 150 years. But when they are beaten back, we mistakenly believe they vanish into thin air. It is more apt to say they vanish into plain sight — into public life, into our institutions, into government. And they wait there, until emboldened to say what they really mean. Now, as before, they are saying in public what they have said in secret meeting halls, basements, and back alleys all along: We want power. We want a white America.

The brash approaches of yesteryear won’t work in an America that is becoming increasingly diverse, and the modern-day Klan seems to know it. The reason for the rise in visibility of white ethno-nationalism is not because of a dramatic shift in cultural attitude, but because of the supremacists’ retreat from the violence of yore. Not openly wishing for a return to slavery, not advocating the return of black people to Africa, not even expressing a belief that whites are inherently superior — these are concessions. And they are concessions that white supremacists had to make in order to survive. Even the “witch-hunt” talk of 20 years ago has been toned down considerably. All this has been part of an earnest effort to repackage the same steaming pile of racist shit that has long been rejected by mainstream America.

So when white nationalists in Indiana say they want their own community, that sounds part radical, part  “we just want to be left alone.” But, of course, it’s more than that. Paoli, for example, is already 97 percent white. What could a “separate community” possibly mean in that context? It means control, dominance, the ability to exclude by force — the things white supremacists have sought since time immemorial in the United States and elsewhere. This is nothing new, but that is not to say it is benign. The Klan, with or without its hood, has always wanted power. We must frequently remind them — and ourselves — that they cannot have it. •