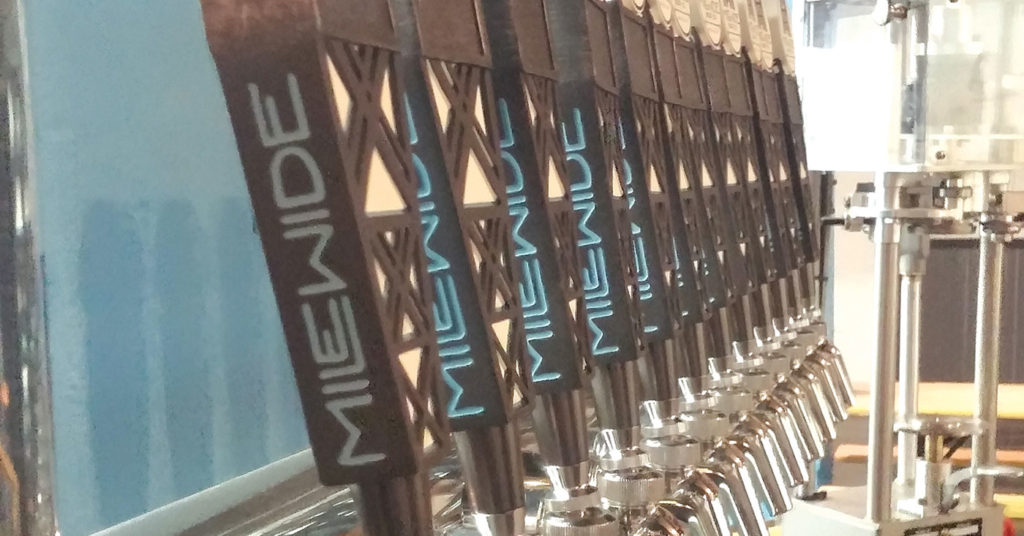 Goodwood Brewing is having a tough time making up its mind, and it wants your help. The brewers have been busy working on a recipe for a new flagship IPA, and have narrowed it to three. That’s where you come in.

On Thursday, Dec. 29, Goodwood will host a tasting event at which you’ll get to try all three recipes, and then vote on your favorite. The winning recipe will be made a year-round product available in six-packs and on draft.

The beer, which will be called Spruce Tip IPA, follows the model all Goodwood beers follow in that it will be “touched by wood.” In this case, the wood will be spruce tips. As such, the tasting event has been labeled “Just the Tip.” (Ahem.)

“We were looking for a wood component that added as much aromatic character as possible,” said Goodwood marketing and events coordinator Paige Peterson. “Dank and piney is a common flavor in a lot of IPAs, and we wanted that flavor profile to come from actual spruce tips.”

That’s right, if your favorite IPA has that signature piney quality, that finish typically comes from hops. This IPA will actually have the essence of pine trees in it.

The tasting event will include three 5-ounce sample pours for each attendee, plus limited edition glassware. The 5-9 p.m. event cost is $8, and you can buy tickets in advance at the website goodwood.beer. Those who vote for the eventual winning recipe will also have first dibs on the first run of six-packs as the come off the canning line, so vote carefully.

Also, if you get to the event and are having trouble deciding, you will be able to buy pints of each recipe. Consider taking Lyft or Uber, in case you feel compelled to conduct additional “research.”

The wait is over: Mile Wide Beer Co. has opened its doors at 636 Barret Ave., in the old Atlas Club beneath Diamond Pub & Billiards.

The place is already generating a buzz for its beer and taproom vibe, featuring the signature island bar, hand-built seating, a jukebox and a full view of the brewhouse. The initial offering included five beers: White Ale (a Belgian-style witbier); Wooderson (a mesquite-smoked blonde ale); Good Evening, Miss (an English mild); Uncle Disheveled (a coffee stout collaboration with Highland Coffee) and Catalina Breeze, which is a West Coast-style IPA from the brewery’s Scavenger series.

I was lucky enough to try the witbier, the stout and the smoked blonde prior to the brewery’s opening, and that was enough to hook me. The coffee stout is absolutely a thing of beauty — well, for the palate. Expect big things from these guys.

Mile Wide is the eighth brewery to open in Kentucky in 2016, per a press release from the Kentucky Guild of Brewers.

Shane Uttich will serve as president, according to a media release, and Drew Johnson was named to be GM. Johnson previously worked for Falls City as brewer, from 2012 to 2014, and it was his recipe that created Hipster Repellant IPA, which is now one of the brewery’s key offerings.

Uttich was promoted from his role as territory manager in Nashville. He previously had worked in sales and sales management at Neace Lukens in Louisville.

If you haven’t made it out to 3rd Turn Brewery in Jeffersontown yet, this Saturday, Dec. 17, might give you the perfect excuse.

KY Greyhounds is a relatively-new greyhound rescue based in Louisville, and it will bring its first foster to the dog-friendly brewery on Saturday for a sort of doggie meet-and-greet from 1:30-3 p.m. If you know anything about dogs, you know just how friendly greyhounds are. KY Greyhounds’ mission is to find homes for dogs the racing industry has left behind.

The brewery is in a former church at 10408 Watterson Trail. And while you’re there, you might as well try a 3rd Turn beer; may I recommend the Brunch Stout?