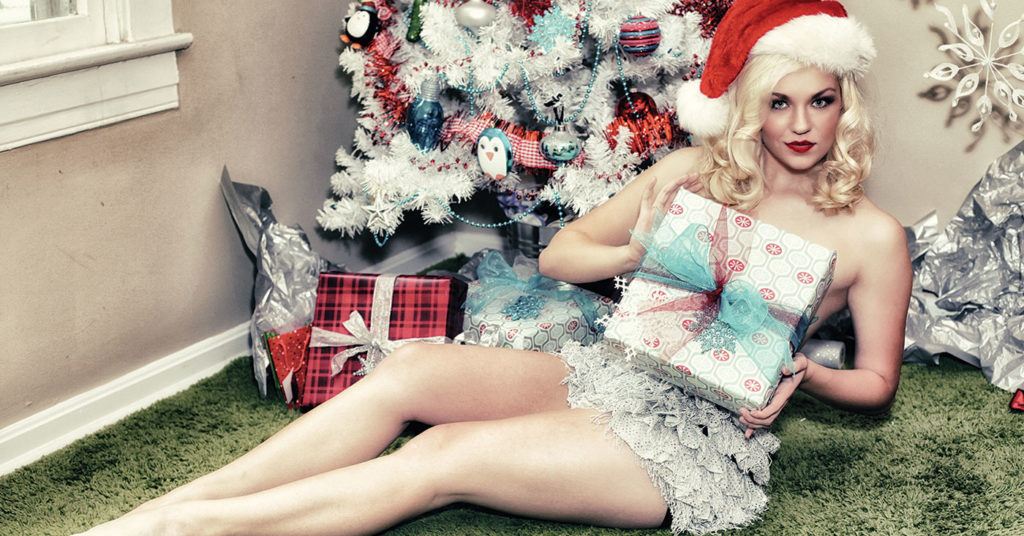 Exchanges like this and much more are all in a day’s work for the Va Va Vixens as they prepare for their latest holiday spectacle “Va Va Festivus.”

On a recent Sunday afternoon at Headliners Music Hall, the troupe ran through its final dress rehearsal before it debuted its latest show. In every direction, the performers are calmly scurrying across the floor from costuming to the dressing room to the stage and back again, appropriate for four days before opening night.

“For everyone else, Christmas is just now arriving,” Head Vixen in Charge Lisa Frye said. “For me, I’ve been working on this show for three months, so Christmas has been here for a while.”

Frye, who is the Vixens’ guidepost, shepherds her flock of artists, performers and acrobats into putting on the final touches while perfecting the most subtle of nuances, which separate a Vixens show from any other show in the city.

The show’s plot is simple: Santa has suddenly retired and passed Rudolph’s reins down to his son-in-law. Now, the man’s wife, Kristina Kringle, who was raised in the family business, is training him to take over as Santa Claus. The catch is this: The soon-to-be Santa is a struggling, ukulele-toting singer/songwriter who was raised celebrating Festivus instead of Christmas. The show takes off from there into a musical Wonderland, featuring dancing snowflakes and rogue suffragist elves who rebel against working conditions in Santa’s work shop. Candy canes, snowflakes, glitter — it’s all here. As are the chair dances, stripteases and whipped-cream pasties.

The seductive ice cream man-themed dance routine is done to none other than the Van Halen classic “Ice Cream Man.” One singer crushes the slinkiest rendition of “Santa Baby” you’ve ever heard. “Baby It’s Cold Outside” goes from cute, post-war double-entendre to full-on strip tease. There’s a sultry performance of “Mr. Grinch.” There are also a few good natured jabs at the iconic, patriarchal image of Santa Claus, and the show dares to ask the fundamental question: “Who says Santa has to be a man?”

The show’s name comes from the fictional holiday in “Seinfeld,” during which people air their grievances. With the loss this year of David Bowie, Prince and Muhammad Ali, and a looming Trump administration, the show is timely. “Prince was my big one,” Frye said of her grievance. “I’m still not over that.” But through it all, the Vixens sing and dance their way out of the despair, bringing people together in the bliss that is “Va Va Festivus.”