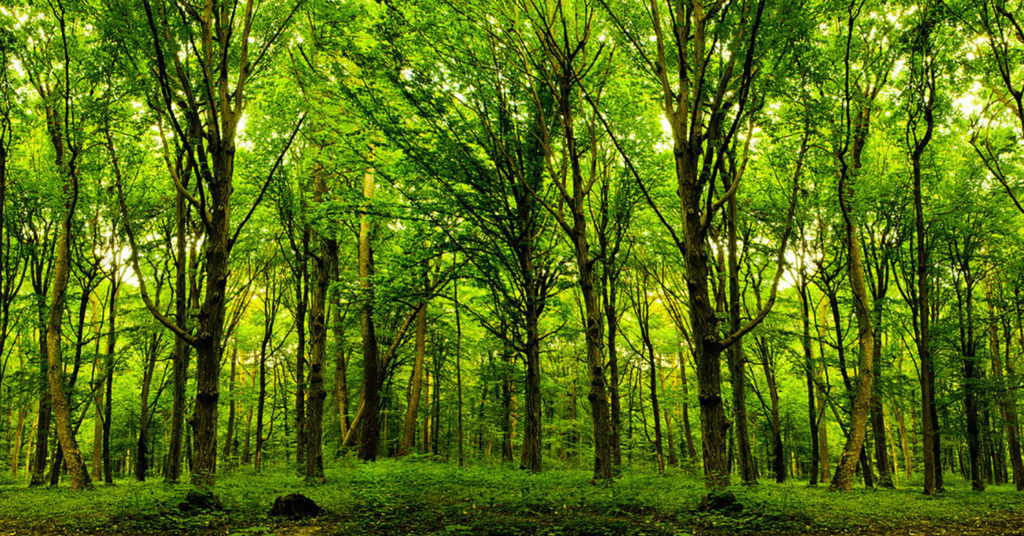 We at LEO recently called on Greater Louisville Inc., the city’s chamber of commerce, to support a tree ordinance proposed by Metro Louisville Councilman Bill Hollander. We took issue with GLI’s opposition to new rules for protecting trees, because, the group has said, protecting Louisville’s diminishing canopy could be accomplished through education and voluntary, incentive-based measures alone.

And while we support Hollander’s proposal, we all know it does not go nearly far enough, because it would apply only to trees on public rights of way. Developers need to be reined in when clear-cutting trees for projects, and there need to be stewardship rules, so trees they plant would be replaced if they die.

To help define the boundaries of this certainly complicated, crucial issue, we invited GLI to write a piece, to bookend one by Hollander and another by Jessica Pendergrass, the new executive director of Louisville Grows, a nonprofit group that fosters urban agriculture and forestry and environmental education.

GLI says it has not taken a stand on Hollander’s proposal, yet. Read the proposal in full here.

A plan to save and restore city tree canopy

When I ran for office in 2014 and knocked on thousands of doors, I heard a lot about trees. Residents told me that trees were one of the real attractions of their neighborhoods and worried about a declining tree canopy.

You don’t have to be a scientist to know the value of urban trees. They uplift our spirits, connect us with our past, soften hard surfaces and provide inviting spaces for us to connect with one another. They make communities more livable.

Scientists know that trees do much more. They help with air quality, act as natural water filters and slow the movement of storm water. Trees absorb sound waves and reduce urban noise. They cool the air and reduce the deadly urban heat-island effect. And they make us healthier in other ways too — studies have found a correlation between a community’s trees and the average amount of physical activity exerted by neighborhood residents. People are more inclined to get outdoors and exercise when their surroundings are greener. They are healthier for doing so and they are connecting with other residents. Research shows there is less violence in urban neighborhoods with trees.

In 2015, we received confirmation of what those residents told me at their doors in 2014 — we are losing trees in Louisville. The Louisville Urban Tree Canopy Assessment found that there was 37 percent canopy coverage overall in Louisville Metro as of 2012, a 3 percent loss from 2004 to 2012. An average of 54,000 trees per year were lost over that eight year period.

Louisville has no comprehensive public tree ordinance. Passing such an ordinance was the No. 1 recommendation in the tree canopy assessment. After a lengthy review of ordinances in dozens of other cities, including several in Kentucky, it was also the final recommendation of the now-disbanded Louisville Metro Tree Advisory Commission.

Last week, Councilwoman Cheri Bryant Hamilton and I introduced a public tree ordinance, which will be considered by the Metro Council early next year. The ordinance covers public trees, which includes trees located on Metro government-owned or controlled land, or in public rights-of-way areas (sometimes known as street trees), except for parks and parkways under the jurisdiction of Louisville Metro Parks.

It consolidates Louisville’s tree efforts into the Metro Division of Community Forestry, to provide oversight and comprehensive coordination for tree and forestation issues. Among other things, the Division will create a management plan to outline goals and concerns regarding trees, tree canopy and forestation.

A new Louisville Metro Tree Advisory Committee — appointed by the Mayor and approved by the Metro Council — would assist in those efforts.

The ordinance also establishes policies and standards for public trees, clarifying and replacing the provisions of several existing ordinances. Importantly, tree removal permits — which are already required — would be conditioned on replacement of the public tree, unless a waiver is granted. We can’t be serious about growing our tree canopy if we continue to allow public trees to be removed and not replaced.

The ordinance would also create a Community Forestry Escrow Fund, to help low-income property owners defray the cost of mandated tree removal or replanting. The fund would receive all monetary penalties related to trees and could also accept donations from the public.

Landowners could voluntarily and permanently protect historic and specimen trees on their private property under a new ordinance provision.

The ordinance is not the only effort being made to protect and enhance our tree canopy. The Metro Council recently amended the Land Development Code, which regulates new developments, to stop the much-criticized practice of clearing trees and then seeking to develop the land as a “conservation subdivision.” The Planning Commission proposed that a site would be ineligible for development as a conservation subdivision if any unapproved tree removal had taken place within 12 months prior to the pre-application for the land development. I proposed, and the Council agreed, that this should be extended to 24 months. Developers will be less likely to remove trees if they know that the cost of doing so is to hinder an opportunity for further development of the land.

Additional regulatory changes are needed to address the issue of trees in the land development context, and to that end, new tree policies are being developed as part of the Comprehensive Plan update.

Protecting and enhancing Louisville’s tree canopy will take everyone’s efforts: private citizens, nonprofits, philanthropists, businesses and developers. Enactment of a public tree ordinance is an important part of the effort. We’re looking forward to public comment — and eventually to enactment of an ordinance that will help protect one of our community’s most valuable assets — its trees. •

A GLI letter to LEO: we do like trees

Let’s get serious LEO. GLI is not against trees. In fact Greater Louisville Inc. would like to strongly restate its support of certain initiatives to increase the tree canopy of Louisville. The notion of our organization and its 1,500 member businesses being against things that make our region a more attractive place to live and do business is wildly inaccurate and ridiculous at face.

GLI continues to publicly support, praise and promote incentive programs for business owners to plant more trees on their property, and we will continue to do so. Just this spring I (Kent Oyler) keynoted the Olmsted Parks Conservancy Breakfast and helped raise $50,000 in a single morning to preserve, protect and upgrade our heavily-treed park system, one of our city’s most valuable assets. During the Mayor’s Give-a-Day campaign this past April, GLI employees spent hours in Seneca Park planting trees. And GLI’s leaders continue to communicate and cooperate with the members of Metro Council and the mayor’s administration to identify common-sense solutions to preserve and protect Louisville’s tree canopy. We aren’t just talking about trees; we are working on common-sense approaches to getting more trees in the ground.

Many of GLI’s investors work diligently and voluntarily on greening initiatives: planting trees, investing in green infrastructure and working to improve environmental efficiencies in their daily operations. They do not do this for PR purposes or green washing; they do it because it is the right thing to do for their businesses. Local business leaders live in Greater Louisville along with their customers and employees. They have at least as much skin in the game to make our community the best place to live and work as anyone else living here.

Using the media to draw lines in the sand based on political, economic and social status divides us as a community and does nothing to improve Louisville. GLI’s recent unveiling of the #LiveInLou brand is all about getting more people to move to and stay in Greater Louisville. A strong, skilled workforce tops the priority list of businesses looking to relocate or expand. Within this initiative, quality-of-life is a major selling point for our community. GLI and its investors will continue to work towards improving quality-of-life, along with the competitive business environment needed to grow our economy. And some of our efforts will result in more trees in the soil of Jefferson County.

At Louisville Grows, we know that trees build communities. After planting nearly 1,500 trees in neighborhoods in recent years through our Love Louisville Trees program, we see the connection that grows over the fresh-turned soil of a newly-planted tree and under the canopy of long-standing specimens. For every tree we plant, however, about 80 are lost. This is where the work of protecting existing trees is helped by the public-tree ordinance proposed by Council members Bill Hollander and Cheri Bryant Hamilton.

The ordinance would be a solid start to sustain Louisville Metro’s tree canopy. It would ensure public trees, not private ones, are replaced after a tree is removed from city-owned land and public rights of way. While this ordinance would be a solid foundation for fundamental tree legislation, more work is needed to rebuild the city’s tree canopy, including holding commercial developers responsible for protecting and replacing trees, accreditation and training for contractors performing tree work for utilities and educational initiatives to help businesses and residents understand the importance of trees. Educating the community is crucial to gathering support for this ordinance. While canvasing neighborhoods with the lowest tree canopies, we hear why residents are not big fans of trees: Trees are expensive, messy and potentially dangerous.

We believe this ordinance would allow greater transparency and education about how we all can work together for a healthy tree canopy. Louisville Grows welcomes this vision.

It is a fact that commercial development is destroying trees at an alarming rate. Attempts to hold commercial developers responsible and make changes to the Land Development Code have been strongly opposed by Greater Louisville Inc. GLI’s opposition to sustainable, green initiatives is shortsighted. Development without consideration of personal and environmental well-being affects our health. We hope GLI understands that equivalent changes in the Code are essential.

Overhead utilities are also destroying our tree canopy. Any one walking under the lush shade of tall trees can see how utility line contractors butcher trees. Thiss weakens trees and makes them susceptible to storms. Education in proper pruning and arboriculture practices should be required of such contractors. Proper tree selection, to ensure shorter, stouter trees are placed under lines, is also needed.

Wendell Berry, poet and arbiter of Kentucky’s rich natural heritage, recently granted use of his poem, “A Vision,” to Louisville Grows. It begins, “If we will have the wisdom to survive, to stand like slow-growing trees on a ruined place, renewing, enriching it…” His eloquent words remind me of the gratitude we feel for these visionary council members who, despite opposition, are champions for trees. Together, as a city, we will build a just, sustainable community. Louisville Grows proudly supports the well-being of all our citizens through expanded initiatives to sustain our tree canopy. •