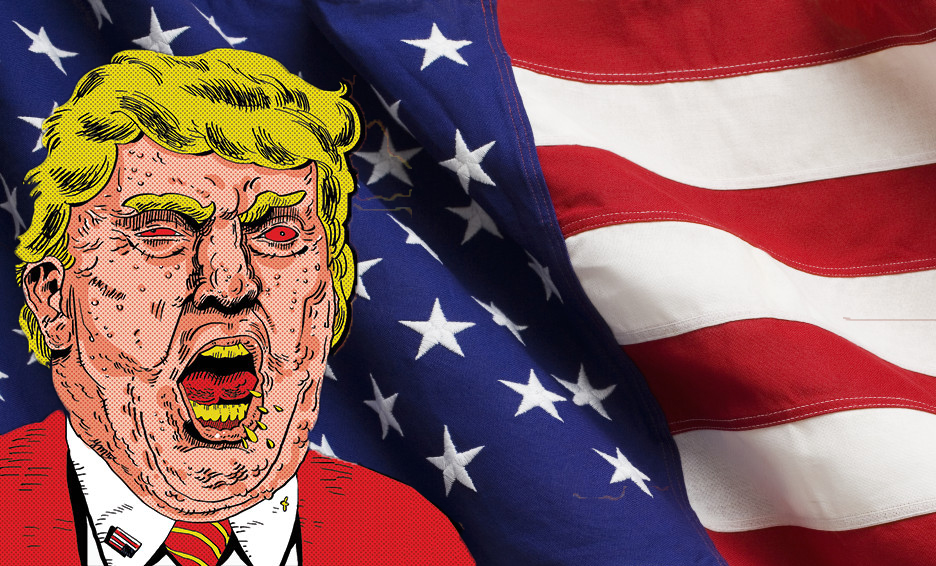 The University of Louisville is not one of college football’s traditional powerhouses, but the program’s rise over the last 30 years is undeniable. One of just four schools to win a Fiesta, Orange and Sugar Bowl in that time, the Cardinals spent much of this year in the national title discussion, and when they take the field next season, they’ll do it with the reigning Heisman Trophy winner at quarterback.

None of that success would have been possible if Donald Trump were even half-decent at business.

That may sound like hyperbole in the “post-truth era,” but this all took place in a simpler time — before the Internet, before cable news, even before reality TV. Nobody bothered to create an alternative to the facts. Besides, if we were to remove Trump’s futility from the equation, the story would become even more unbelievable.

It was 1984, and Louisville football was on the brink of the abyss. The Cardinals had claimed just one bowl victory ever, and attendance had become so scarce at the team’s home games, which were played at an aging minor league baseball stadium surrounded by horse barns, that the university was forced to give away tickets. Following a 2-9 campaign that capped six straight losing seasons, the school’s choices seemed to have  dwindled to these: Drop down a division to I-AA or scrap football entirely.

Instead, Louisville ended up hiring the hottest coach in the country. Howard Schnellenberger had just turned around a flailing University of Miami football program and won college football’s National Championship when he agreed to helm the Cards’ sinking ship. The hiring might have been the biggest coup in all of sports, had it not been for one key factor. The reigning Coach of the Year didn’t have a job.

And that’s where Trump comes in. Shortly before Miami’s championship season, the United States Football League was founded to quench fans’ thirst for professional football during the NFL off-season. The league performed well enough in its first year, generating millions in revenue, signing a TV deal with the new all-sports network ESPN, and attracting some very big football names.

One of those big names was Howard Schnellenberger, who agreed to leave college sports at the top of his game and coach the USFL’s Spirit of Miami in the league’s second year. Around the same time, Trump bought the New Jersey Generals and began his campaign to convince his fellow owners that they were doing it all wrong.

There was nothing to make great again, but as the USFL’s Executive Director Steve Ehrhart recalled for Esquire earlier this year, “[Trump] said, ‘We’ve got to make this league as great as it can be. We’re going to take on everybody.’ That meant abandoning the cornerstone of its business plan and, rather than serve as the lone football reservoir in an off-season desert, switch to a Fall schedule that would compete with the big boys directly. At the very least, Trump argued, the NFL would buy them out. Though most were skeptical of a shaky plan that was short on specifics, Trump repeated the tagline.”

But Woody Weiser, who had hired Schnellenberger before finalizing the deal to buy his franchise, was not one of those owners. Not even Thanksgiving dinner could compete successfully with the NFL, and it seemed absurd to try to literally beat them at their own game. In Miami especially, home to the NFL’s Dolphins and exciting young quarterback, Dan Marino, Weiser knew his team would be buried.

Weiser walked, the franchise moved to Orlando under new ownership, and the coaching deal fell through after the 1984 season had already begun. Schnellenberger had no job, and big-time football had no openings. So the University of Louisville reached up from rock bottom and snatched its savior. Instead of dropping football, Schnellenberger took the program to unprecedented heights and laid the foundation for a program that has continued to grow 20 years after his departure — all thanks to a brash real estate mogul convincing a handful of impressionable businessmen that it was a good idea to challenge the NFL.

It wasn’t. A poetic four years into its existence, the league had crumbled under the weight of Donald Trump’s business acumen. The NFL had squashed the USFL as effortlessly as an All-Pro line taking on a Manhattan businessman. In classic Trump fashion, he and his fellow owners sued the dominant league, taking the case all the way to the U.S. Supreme Court, and won — three dollars and seventy six cents (with interest). Courts ruled repeatedly that, while the NFL’s monopoly violated anti-trust laws, the USFL’s financial wounds were self-inflicted.

Trump’s plan to make the USFL “as great as it can be,” had ended in total disaster. He had been less artful a dealmaker than, in the words of friend and football great Jim Kelly, “a kind of bull in the China shop.”

Three decades later, Donald Trump has again convinced just enough people to buy into another vague plan for greatness. And while history suggests his chances for success are no better this time around, the law of unintended consequences means anything can still happen, especially for those ready to snatch possibility from oblivion. Nobody could have predicted that, on January 20, 2017, the University of Louisville would be gearing up for another season with legitimate championship aspirations and the most dominant player in college football. But that is the reality we find ourselves in.

And none of it would have been possible without the abject failure of Donald Trump.