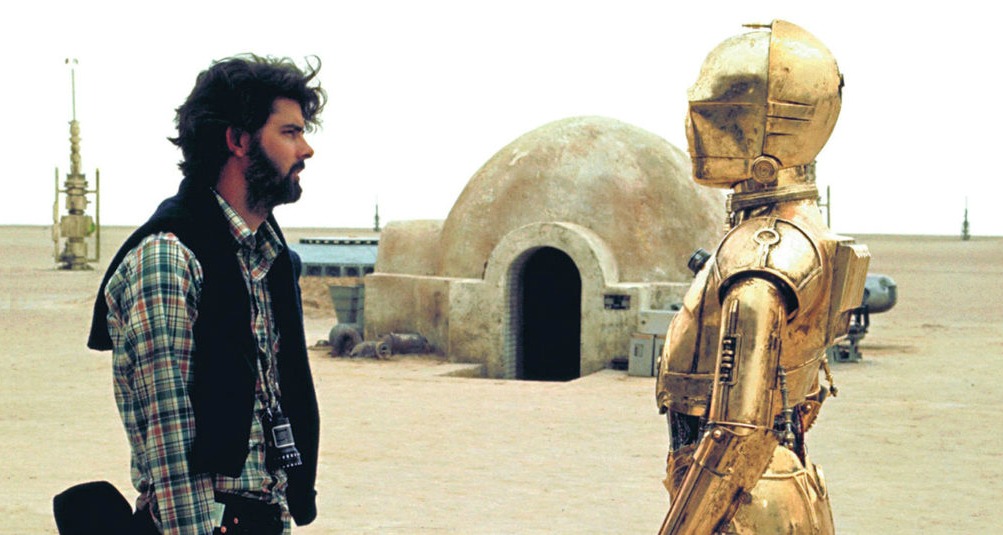 Want to put something under the tree that might inspire a dreamer into becoming a doer? Consider the new biography “George Lucas: A Life.” Award-winning writer Brian Jay Jones — whose own path took him from U.S. Senate researcher to biographer — will talk about his filmmaker subject this week at the Louisville Free Public Library. LEO recently reached Jones by phone — a privilege that biographers don’t always get with the people they’re writing about. Lucas was his first living subject for a major project, following best-selling books on 19th-century author Washington Irving and “Muppets” maestro Jim Henson.

LEO: Does a living subject make a difference in how you approach a project?

Brian Jay Jones: It does, in the sense that you don’t actually know how it’s going to end. When your subject’s dead, you know the exclamation point at the end of the sentence.

Were you surprised at how much ‘Star Wars’ has been part of George Lucas’ life?

No. Part of the reason is that I was his target audience. I was 9 years old in May of 1977, so I’ve been growing up with ‘Star Wars’ my entire life. If it’s always been a part of mine, I can only imagine that it’s always been a part of his. We were the first nerds, making the poor man miserable for all those in-between years, when all he wanted to do was raise kids and produce movies. In every press conference he did — even if it was for ‘Tucker: the Man and His Dream’ — he still had to answer, ‘When will there be more Star Wars?’

Please share a bit about how biography came to appeal to you.

I have been in love with biographies since I was one of those kids that always watched behind-the-scenes documentaries. I watch all the bonus features on DVDs. I love to know how people think, and what inspires them and what was the creative process. I want to sit in the recording room at Abbey Road Studios when The Beatles are putting together ‘Sgt. Pepper’ and watch them work and see how these things come together. One of the things I love about the topics I’ve done is I’ve got very creative mad dreamers — back to Washington Irving, who was the Stephen King of his time.

Not much. I approached him very early on. He’s apparently a fan of my Henson biography. He knew Jim and worked with Jim, and actually sent a note to my editor saying that he really enjoyed the book. So I reached out to him, and he finally wrote back, saying he’d participated in a book in 1983 — and really felt that he’d been stung by it. It’s a fine biography, but that one sort of ruined it for the rest of us, because, after that, Lucas has never really spoken to a biographer. Fortunately, the guy has said a lot over 50 years, and there’s a lot of stuff out there. This turned into a gigantic project because people love him and his work. There’s huge books on ‘Star Wars’ and huge books on ‘Raiders’ [i.e., the Indiana Jones movies]. There’s so much on his student films and Skywalker Ranch and ILM [Industrial Light & Magic] and Pixar… There’s so much information out there, it was almost a tougher project than if I did have his active participation.