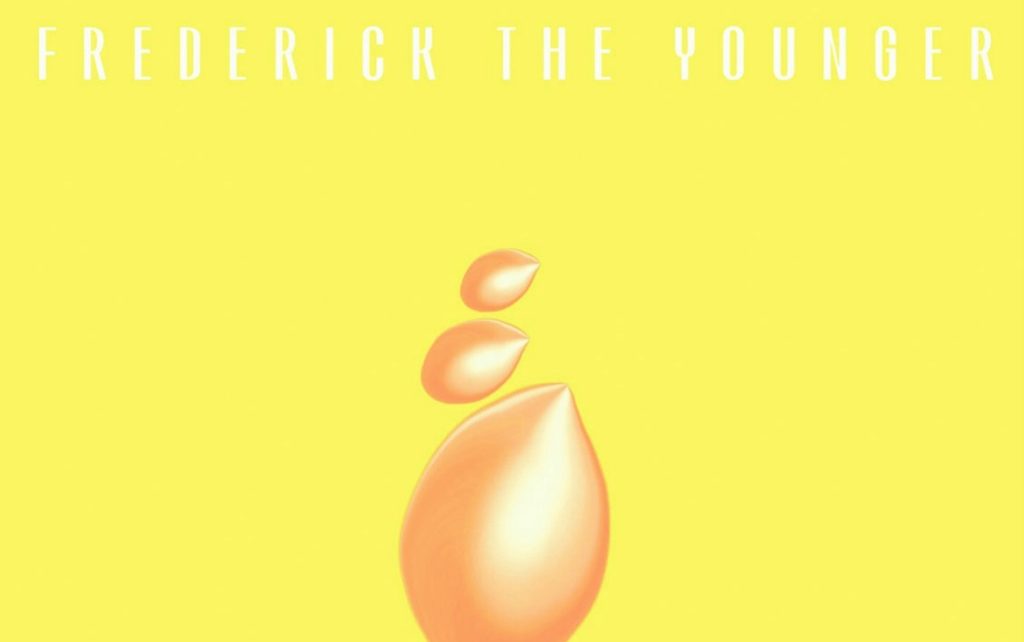 Ron — Is Real
by Sean Garrison (I Have A Knife)
Ron is among the strangest bands that I have encountered in well over 30 years of searching for demented music, and the civic pride they inspire within my skeevy black heart makes me love them all the more. They, along with several other brilliant acts, like Hanoi Jane, are bizarre throwbacks to an earlier age where, when a crew of assholes decided that they needed to play rock ‘n’ roll, they seem to have just grabbed the first instruments they could lay paws on and just started to write cool songs right away. This school of approach is rare these days, but it almost always bears astounding fruit, and Ron has (accidentally?) hit upon the secret; the desire to kick out the jams will always create better music than music from those people who plot, plan and scheme to make something that will appeal to a particular subculture. Ron is weird as fuck, and from long, long experience I can assure you it is not a charade. My favorite track? I have no idea how to choose. Who to compare them to? The Electric Eels? “It’s A Boy” and “Guntown Mountain” are fucking terrifying and heavier than anything being currently created in heavy metal, that’s for sure. “Beasts of England/Grandma’s Taters” is as demented as anything ever recorded. Ron is for real, and it’s the realness that makes this album both disturbing and grand — much like watching the footage of the Hindenburg exploding. Get it.

Babs — Making Tea With Hiawatha
by Jecorey Arthur (1200)
Babs is a band that has flown under the Louisville mainstream radar, but their latest album, Making Tea With Hiawatha, makes them sound like well-polished veterans. In this record, you can expect everything from sweet to evil melodies, to some tunes that feel like lost surf music from the ‘60s. Babs uniquely uses interplay between instruments and voices, where voices sometimes feel just as percussive as the drums themselves. Contrary to the percussive element, voices are also used to sustain, and invoke, the sound of waves for the listener — for example, the ending of their gloomy sand ballad “Bad Beach.” The album’s centerpiece, “Sting the Wave,” is a beautiful theme for the beach bonfire party that it seems to accompany. While the album at first might seem lacking in vocal virtuoso, Babs makes up for this with their ability to pass melodies through different instrument voices (listen to the second half of “Abbo’s Alley (A)”). From cello to ribbon synthesizer, from wine glasses to glockenspiel, this album has a lot of variety in instrumentation and vibe, but actually creates one cohesive symphonic dream.

Frederick The Younger — Warm Front
by Joann Jene (Joann + The Dakota)
This has been a phenomenal year for Louisville music, which makes choosing a favorite no easy task.Many wise people and inspirational greeting cards have said, “Follow your heart,” and, in accordance with that advice, my choice for favorite 2016 release is Frederick The Younger’s Warm Front. This collection of songs is a snapshot of a band in the midst of musical transformation and expansion. The first song, “Feel Like You Want To Feel,” saunters in like a vintage pop feel-good sonic dream. The chorus is an empowering anthem, encouraging the audience to, “Feel like you want to feel / now that you figured out what you want.”  The title track, “Warm Front,” is a breezy island escape that evokes the anticipation and exhilaration of brand-new love. “Sister Was A Sailor” continues the dreamy vibe and then — bam! — the song “Whites Of Your Eyes” jolts the listener into a funky, emotionally-charged and chaotic, yet upbeat and danceable underworld of jilted heartache. The last song, “You Don’t Lie,” is a genre-defying, tempo-bending masterpiece that showcases the level of incredible talent in the band. Warm Front is a fitting title for this EP because Frederick The Younger is just getting started, and with their upcoming album release in 2017, they will be coming in hot!

Asm a Tik — Language Art
by Will Benton  (Cat Casual)
Schizophrenic. Carefully-organized chaos. Asm a Tik. How do I even talk about it? It’s not music for discussion, I fear. When I think of Asm a Tik, the first word that comes to mind often is tension — but in an almost cinematic way. It’s music for the theater of the mind — a soundtrack for a counter-intuitive, often-abrasive series of left turns. You are never sure where you are going to end up. Starting as a project to perform the music of FOOR live, the group found that endeavor impossible and, instead, gave birth to Asm a Tik. And, the world is a better place for it. Nathan Smallwood’s vocals remind me of a blend of David Thomas (Pere Ubu) and Jack Brewer (Saccharine Trust), while I have been able to, on occasion, direct a curious listener to them by comparing sounds and arrangements to King Crimson, Mr Bungle… and, as soon as I say that, I feel a little silly. Asm a Tik is a highly original, strange beast of super-talent and fever dreams. The sound is serious, just long enough before it makes you smirk. Amen.

Twin Limb — Haplo
By Aaron Craker (Frederick The Younger)
Haplo is the long-anticipated debut full-length album by Louisville’s Twin Limb and a personal favorite of mine from 2016. I fell in love with Twin Limb two years ago when Lacey Guthrie and Maryliz Bender played as a duo (vocals, accordion and percussion), and they have only continued to amaze me with the addition of Kevin Ratterman (guitar, samples… and other things beyond my comprehension). The opening track “Long Shadows” sets the tone for the album with its hypnotic drumming and triumphant sounds. Lacey’s haunting vocals lead you through the winding dark forest of the verses before opening up and showering you in light during the chorus. This song has a beautiful shift of dark and light contrast and is both epic and intimate at the same time. The next track “Weather” — which also has a stunning music video directed by W.G. Rickel — has an upbeat primeval feel. Maryliz’s tribal beat is a driving accompaniment to Lacey’s winding and unpredictable melody. This song rocks, while maintaining its lyrical dream-pop sensibility. One of my favorite songs from the album is “Workhorse.” This song displays all of the elements that I love about Twin Limb. It has an interesting structure and bombastic vocals that follow an unpredictable melody. The verse is short and sweet with the sole purpose of launching you into a massive power-chorus. Lacey’s voice is booming and soulful, accompanied by a landscape of sounds. This combination is consistent throughout the album and makes Twin Limb the Louisville gem that they are. It has been fascinating watching this band grow and develop over the past couple of years, exploring different paths, while staying true to their intuition. I’m excited to see where music takes them next.