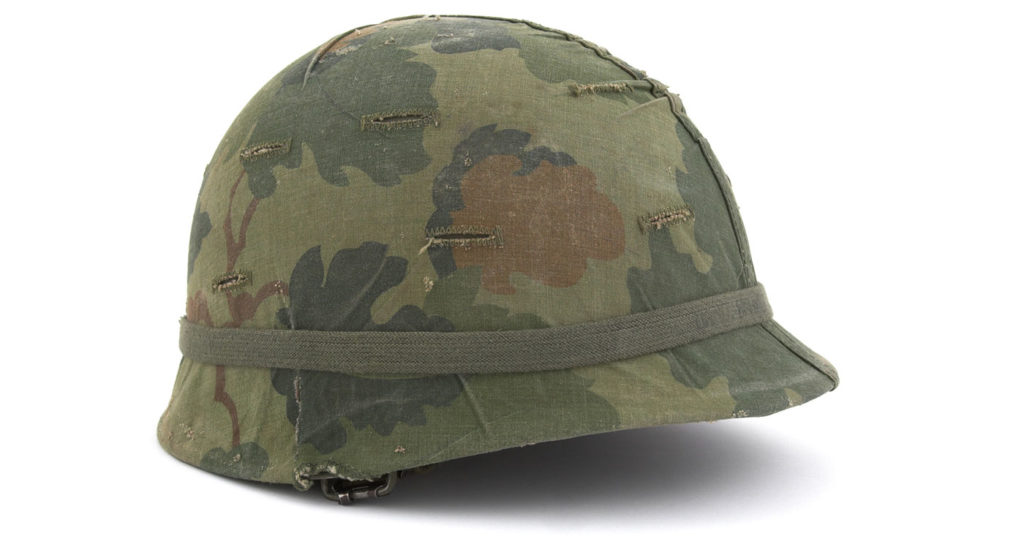 On Friday, our nation will honor them as heroes with speeches and parades, with rightful respect and recognition.

Yet these words, these sentiments, won’t translate into action the other 364 days of the year, especially on Capitol Hill, for roughly 90,000 sailors who served on the open waters of the Navy during the Vietnam War.

Since 2002, the government has excluded these “Blue Water Navy” vets from receiving disability benefits for their exposure to Agent Orange, a cancer-causing herbicide. While compensation through the U.S. Department of Veterans Affairs (VA) had been extended to them through the Agent Orange Act of 1991, now those who develop illnesses tied to exposure rarely receive the service-related disability payments, unless they can prove shore leave or have a diagnosis of non-Hodgkin’s lymphoma.

“If we’re sick, and we have the exact same diseases that are on the Agent Orange list, what else could have caused it?” asked John Rossie, Executive Director of the Blue Water Navy Vietnam Veterans Association. “And that’s a question they can’t and won’t answer.”

Used to clear the jungles of Vietnam between 1961 and 1971, Agent Orange contained cancer-causing dioxins. Exposure to the defoliant has been associated with numerous disorders and cancers, including certain types of leukemia and heart disease, as well as neurological and respiratory illnesses. Studies have shown that even contact with trace amounts can have effects that show up decades later.

Soldiers and sailors who had “boots on the ground” continue to receive the service-related disability benefits due to an accepted tenet, “presumption of exposure.” So do those who sailed select inland waterways, sailors who were part of what is called the Brown Water Navy. But those who sailed on open waters, the Blue Water Navy, are not covered.

“That’s an important phrase because the presumption of exposure says if you come down with one of these diseases, and you can’t prove any other reason, we’re going to presume that it was herbicide that caused this disease,” said Rossie who leads the advocacy group from Colorado. “Presumption then says we don’t know for sure, but it could have happened.”

Unless they stood on Vietnam soil, most Blue Water vets do not qualify, even if they were docked just feet away from land. But even on a ship in open water, exposure to the toxin could have occurred.

These pathways were detailed in a 2011 report from the Institute of Medicine, at the time, a division of the private, nonprofit National Academies of Sciences, Engineering and Medicine. Drainage of the toxin into waterways was one way Blue Water vets could contact dioxins, especially given that on-board filtration systems recycled seawater to be used on ships. An Australian study found the method used to distill this water aboard ships could actually increase the potency of the toxins.

Spray drift, or the ability for contamination to travel long distances by air, is another way sailors came into contact with Agent Orange byproducts.

Unfortunately, due to lack of physical data, the report could not definitely prove those at sea were exposed.

“[The] VA is obligated to assess the factual and scientific basis for granting disability compensation for all claims, including those associated with Agent Orange exposure,” Randy Noller, a spokesman for the Department of Veteran Affairs, said in an email. “For Veterans who served in the offshore territorial seas of the Republic of Vietnam, there is insufficient evidence to establish a presumption that they were exposed to Agent Orange.”

“The government hasn’t made a strong enough case to show that these veterans weren’t exposed,” said John Wingfield, a National Service Officer in Louisville with AMVETS. “They haven’t been able to disprove that the dioxin and the Agent Orange chemical material didn’t go out that far.”

“As the expression goes, Congress creates the veteran, but Congress doesn’t want to pay for the veteran they’ve created,” Wingfield, an Army veteran, said.

For past three sessions, legislation filed in Congress and pushed by veteran advocacy organizations has aimed to remedy the marginalization of this select group of sailors. But even with 335 cosponsors in the U.S. House and support from more than half of the Senate, the latest bill, the Blue Water Navy Vietnam Veterans Act of 2015, can’t get out of committee.

And it mostly is about money.

Some project the bill, which would also retroactively cover the claims, could cost more than $1 billion during the next 10 years, although Rossie believes the true expense could be half that.

A co-sponsor of the legislation, U.S. Rep. John Yarmuth. D-3rd District, told LEO he thinks cost has blocked the bill.

“While overwhelming numbers of the members on a bipartisan basis agree on policy, the Republicans say unless we find a way to pay for it, we’re not going to move it,” Yarmuth said. “But we do this all the time, to find offsets when we’re trying to pass something, and they just haven’t made any attempt to try and do that. You have to wonder about the true commitment to getting something done here.”

The offices of Kentucky Sens. Rand Paul and Mitch McConnell did not respond to request for comment. The two Republicans were not among the cosponsors, according to the congressional website.

If the bill dies in committee this session, Rossie has sponsors lined up to try again. He said the legislation could provide a precedent for those seeking compensation for health problems resulting from their time in Afghanistan and Iraq.

“If you get hurt, there’s an implied promise that (the government is) going to take care of you. They’ve broken that promise with us for sure.”