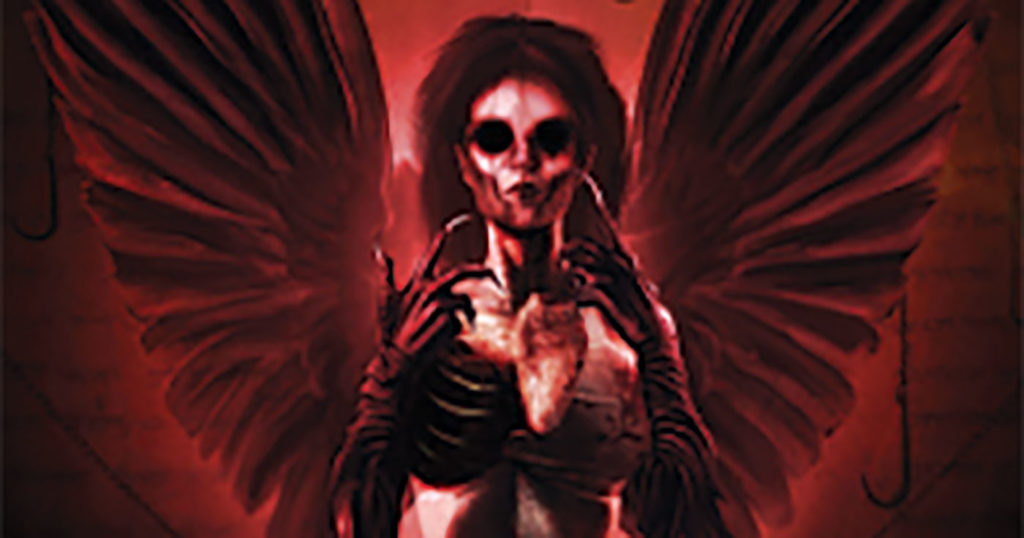 You say Halloween’s over, but you haven’t had your fill of horror? Nicole Cushing will come to your rescue. Though rescue is presented here with a cautionary wink.

The Jeffersonville author is coming to Louisville Free Public Library’s Main Branch for a reading that can’t help but be celebratory. Her daring, outrageous way of boundary smashing, with tales of sex and violence and faith (lessness) and identity, has garnered increasing acclaim. This spring saw a major milestone: Cushing’s “Mr. Suicide” (reviewed in LEO last July) won the Bram Stoker Award for Best First Novel.

The follow-up to that disturbing, visionary work is a novella, now available as an e-book. “The Sadist’s Bible” takes off from the narratives of two online lovers preparing to break away from their abusive home lives, meet for their first assignation — and then fulfill their suicide pact.

LEO’s recent conversation with the author began with congratulations on the Stoker. The award is presented during a convention ceremony at which typical names being tossed about might include Stephen King or Clive Barker. But this time around, they called out Nicole Cushing — so what does that mean to her?

Nicole Cushing: I get a chance to separate myself from the pack, which is very important these days. Anytime you have recognition from your peers that elevates your work to a point of distinction, it magnifies attention. It gives you a spotlight — if only momentarily. This is such a private endeavor — writers prefer to work in solitude, often in sloppy clothes and in sloppy conditions. Then one day you find yourself in a banquet hall in Las Vegas. R.L. Stine is there; folks from television and film are there. And they’re calling your name from a stage, and everyone’s dressed nicely, and you’re accepting this lovely award. It’s a little bit surreal. And very emotional in that I was surrounded by people I’ve known for many years. It felt quite validating.

LEO: Is there a place in Kentuckiana that’s part of your writing routine?

I write at home. On a card table, actually — with a tablecloth on it. Very bare bones. I do like to take walks around my neighborhood, Northaven. I also love Charlestown State Park. They have a really cool place there — a recreational area [from] the ‘30s. People went for church picnics, and the steamboats would come up from Louisville. It was destroyed in the flood of 1937, and now you have the relics of the amusement park … foundations. It has a very creepy feeling to it.

The lovers in ‘Sadist’s Bible’ — are they based on parts of yourself?

There’s always an autobiographical element in any character that I do. With Ellie, it’s the anxiety that she carries around — that I can relate to. And feeling like a fish out of water. Although I’ve come to adopt Kentuckiana as my home, there’s always a bit of ‘You don’t talk the way people talk around here.’ A lot of emotional energy comes from that. What I’m talking about in ‘The Sadist’s Bible’ is the broken aspects of sexuality and spirituality. Those are themes that are very important to me. These characters are a way to express that.

‘The Sadist’s Bible’ is solely in e-book format. That might change, yes?

We had a successful crowd-funding. The publisher wanted to do an actual print run with offset printing, rather than Print on Demand. Now, we’re focusing on which scenes will be illustrated — an exciting discussion to have. We’re expecting it’ll be ready Valentine’s Day next year — which would make a fine, if ironic, launch date.