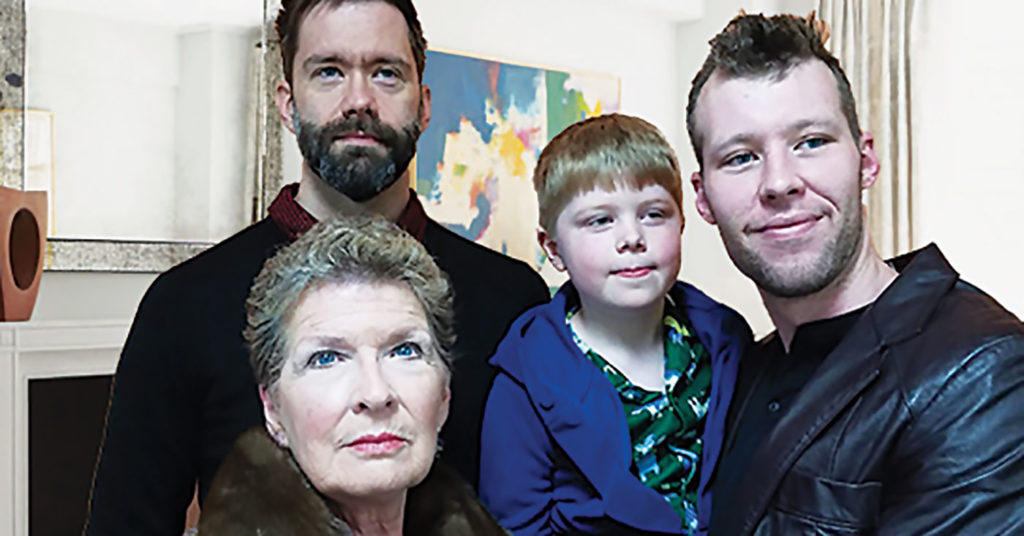 Perhaps the most important character in Terrence McNally’s 2013 play, “Mothers and Sons,” is never seen on stage. His name is Andre. An early victim of the AIDS epidemic, he died in the ‘80s, during the period when the disease was barely understood — let alone treatable. His death left a hole in the lives of his partner and mother. And though McNally’s play is profoundly specific in its storytelling, it’s impossible to watch it without glimpsing the magnitude of the loss the epidemic has wrought over the last couple of generations.

In McNally’s play — which concluded a superb Pandora Productions run last weekend at the Henry Clay Theatre — that cost is revealed in the course of a long and bitter, but witty and deeply moving exchange between Andre’s mother Katharine (Carol Tyree Williams), his one-time partner Cal (Shayne Brakefield); Cal’s husband Will (David Galloway), and their young son Bud (Keegan Conner).

The action is set now, decades after Andre’s death, but the wounds have not healed. Under the direction of Michael J. Drury (on a fine set designed by Karl Anderson), most of the action was infused with a rigorous, unsentimental sense of purpose. After decades of no contact whatsoever, Andre’s mother arrives in New York to make an unannounced visit to Cal, and, though her forbidding brittle veneer is tough as can be, Cal tries to build a connection via old photos and Andre’s unread diary.

Meanwhile, Andre’s legacy — and Cal’s abiding love for his lost partner — casts a lingering shadow over his marriage to Will — a tension sometimes reflected in their parenting of Bud.

As the tension builds to a breaking point, Bud’s childish candor — portrayed with irresistible charm by 8-year-old Keegan Conner, a participant in the Walden Theatre program — builds a bridge. And though McNally’s script inevitably taps into the audience’s own sentimental aspirations, to Drury’s credit, the production never pandered.

The Jennifer Lawrence Arts Fund announced a $200,000 grant program to support arts in Louisville. Some of the beneficiaries are prominent organizations including Actors Theatre of Louisville, the Louisville Orchestra and Kentucky Shakespeare.

But $50,000 was designated for a Fund for the Arts (fundforthearts.org) program called ArtsMatch. In partnership with the Jennifer Lawrence Foundation and Churchill Downs, the Fund will use part of Lawrence’s donation to match dollars raised through its crowdfunding platform in support of arts-based projects that “reach new audiences and invest in innovation.”

Arts organizations throughout the Greater Louisville area (including Jefferson, Spencer, Shelby, Bullitt and Oldham counties in Kentucky and Clark and Floyd counties in Indiana) are eligible to apply for grants ranging from $500 to $10,000.

There are two application cycles — the first of which ends on Nov. 30. In this cycle, applications “must address increasing access to the arts by reaching new, non-traditional, or underserved audiences in Greater Louisville.”

The application form looks surprisingly simple. The maximum length for the project narrative is a mere 400 words! Here’s your link to the form: fundforthearts.org/artsmatch/