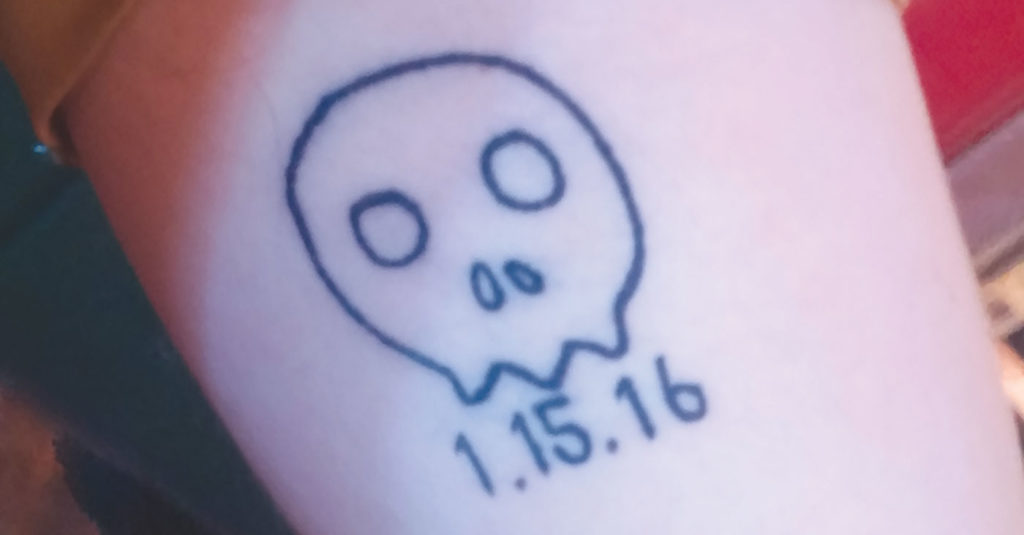 Imagine a world of wizards, spells, magic and muggles. And beer. Lots of fresh, craft beer.

Breweries have been known to employ a range of incentives, from tap takeovers to trivia, as a way of attracting customers to hang out in their respective taprooms. Special events, food trucks and game nights — you name it. Old Louisville Brewery is pulling out all the stops with a full month of Harry Potter-themed nights sure to drive the hipsters wild.

The series was created for “those Potter nerds out there who have been waiting all their life to show off their book and movie knowledge,” per a flier shared by Old Louisville Brewery co-owner Wade Mattingly.

Here’s basically how it will shake out: Every Wednesday and Sunday, Nov. 30 through Dec. 28, Harry Potter movies will screen at the taproom at 7 p.m., followed by a short quiz about the film. On that first night, however, there will be a “Power Hour” trivia at 6 p.m. On the final night of the series, there will be a special two-hour final trivia round, followed by the final film at 8 p.m.

Prizes will be given to trivia winners, and participants earn points along the way toward competing for special grand prizes (which haven’t been announced yet) to be presented Dec. 28. Meanwhile, a photo booth will be stationed at the taproom for customers’ enjoyment, and you can earn points by checking in and sharing photos on social media.

In addition, Old Louisville Brewery will create its own version of Butterbeer, and attendees can earn points by sharing their Butterbeers on Instagram. Special snacks and Honeydukes treats will be available as well to create as much of a Hogsmeade experience as possible (sorry folks, no Gladrags Wizardwear). You can also win points by showing up in a costume suitable to the Harry Potter universe.

Hard to believe Monnik Beer Co. is already a year old. And after a two-plus-year process of getting the former Zeppelin Café building ready, Monnik is already regarded as one of the best breweries in the city.

Live music is now a staple, and back during the summer Monnik added a Crowler machine, which allows customers to seal and preserve their favorite beers for weeks, or even months, without the fear that it might go bad. Unlike a traditional growler, the Crowler system is basically a one-at-a-time canning line. So if that one-off brew that will go away soon is your very favorite, you can buy a couple of Crowlers of it to put back for a special occasion. You know, like Wednesday. Or sunset.

Against the Grain tattoos

There’s fandom, and then there’s get-a-UofL-Cardinal-tattoo-on-your-butt kind of fandom. Apparently, Against the Grain Brewery & Smokehouse inspires the latter variety.

I was at Against the Grain recently for its Arrogant Bastard kickoff (you really need to try that beer, by the way), chatting with brewery co-owner Sam Cruz, when an enthusiastic fellow walked up and started talking with us. At some point during the conversation, the man, whose name is Lee Steinemann, noted that he has an AtG tattoo on his bicep, which he happily showed off.

I was blown away; Cruz was unmoved.

“I know 20 or 30 people with those tattoos,” Cruz casually said. No way. No freaking way.

Cruz disappeared for a moment and returned with an AtG employee who showed me her tattoo on her leg. Same familiar skull design as Steinemann wore. And then another employee showed me a similar tattoo.

And then another regular customer, Brian McGill, showed me his AtG skull tattoo and noted that he’d held his rehearsal dinner at the brewery. I mean, I know Against the Grain is wildly popular, but now it’s in “every corner of the world,” as Cruz said it, from Hong Kong to Canada, so maybe the tattoos shouldn’t come as such a surprise.