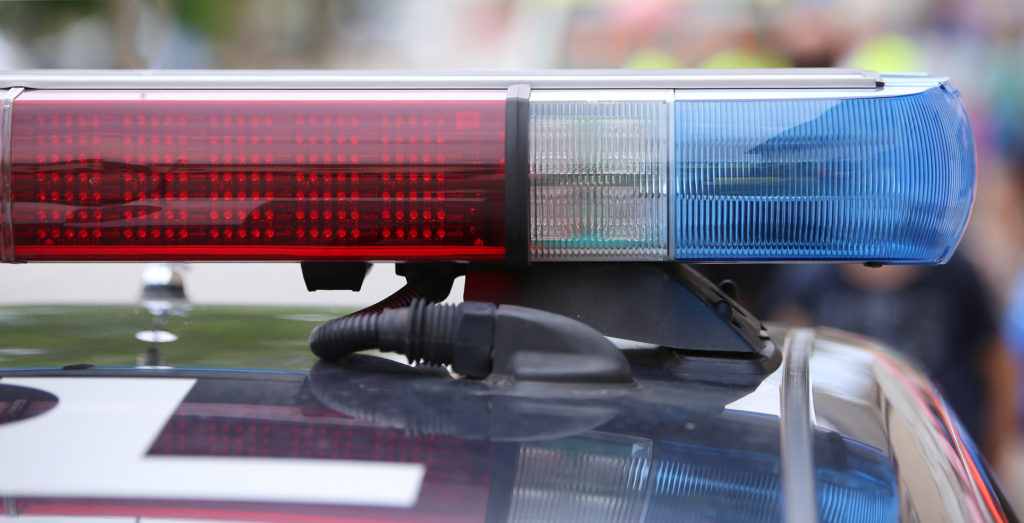 “I needed that software to make sure the counter-protesters weren’t making violent threats to the people out there exercising their democratic rights as citizens of this country,” Conrad said during a hastily convened meeting with local Muslims to allay their post-election fears, which included being profiled by law enforcement.

His comments come after a recent story by WFPL that revealed the police department’s growing use of the software and calls from the Metro Council to explain the reach of the program and to create policies that ensure accountability. The story reported that the police have the potential to catalog as many as 9.5 million social media postings and limitless number of individual profiles.

Overlooking the irony, police sought to explain their use of the software, through a Facebook post Friday.

They said they began using the software in response to criticism that they had failed to foresee outbreaks of violence at the Big Four Bridge and downtown in 2014. “Heeding calls by the community to better prepare for the potential of mob violence as well as isolated criminal activity, LMPD implemented a strategy to scan publicly available social media information for threats to the Louisville area,” the post says. “We wouldn’t describe our efforts as ‘massive’ yet we would call them effective. Using the same social media monitoring tools available to any private citizen, LMPD investigators have been able to identify and mitigate threats to events.”

Regarding the anti-Trump protest, Conrad told the mostly Muslim audience at Friday’s meeting that the social media surveillance program being used by the LMPD was in the community’s best interest. “According to the Facebook post [about the Trump protest], 8,000 people were invited; it was a big invitation, thousands said they were coming. I’m guessing there were maybe 500 or 600 there last night. I needed to be able to plan appropriately to know how many officers I needed out there,” he said.

At the same meeting, Mayor Greg Fischer promised the city would shield residents from the repercussions if President-elect Trump “goes off the rails.”

“A president can’t just issue dictatorial policies,” Fischer told the some-200 people gathered in the Westport mosque’s main prayer space. The mayor was speaking as part of a panel that included U.S. Attorney for the Western District of Kentucky John Kuhn, the police chief and JCPS school superintendent Donna Hargens.

Were Trump to try —  “even if a president goes off the rails,” in Fischer’s words — the mayor pledged that he would still protect Louisville’s Muslim community. “We’re with ya, we got your back,” he said. “But we have to do it together.”

“Doing it together” seemed to mean cooperating with law enforcement at the local and federal level.

Striking a similar tone as Conrad, Kuhn made the claim that domestic intelligence gathering is needed to protect public safety. He added that the federal government has not infringed on the privacy of individuals in general or the Muslim community in particular.  He said, “One of our top priorities is the prevention of terrorism, but in doing that we don’t profile Muslims or target Muslims. We are just as concerned about homegrown extremists.” Even more boldly, he claimed, “In my 20 years at the Department of Justice, I have never seen personally the Department knowingly involved in any unconstitutional intrusion into personal communications and that sort of thing.” And: “Your communications are secure from surveillance by law enforcement.”

Such statements are difficult to square both with the extensive revelations about the federal government’s domestic spying operations since the 9/11 attacks, as well as with the common experience of Muslim-Americans being profiled by FBI agents, Transportation Security Administration officers and local police departments. Legal immigrants have also been deported or imprisoned under the provisions of the Patriot Act. With more recent fears of radicalization via the social media campaigns of groups like ISIS, domestic surveillance of Muslim communities continued and was even expanded under the Obama administration. Yet there was little public pushback from Muslims themselves.

“Post-9/11 what I saw was the Muslim community got so scared they actually removed themselves from the conversation,” said Reena Paracha, 42, a member of the Westport mosque and the main organizer of Friday’s meeting.

Trump’s election may mark a new turning point. “I wasn’t expecting such a big turnout,” said Paracha, “but I think the greater Muslim community at this time really feels like they need representation.”