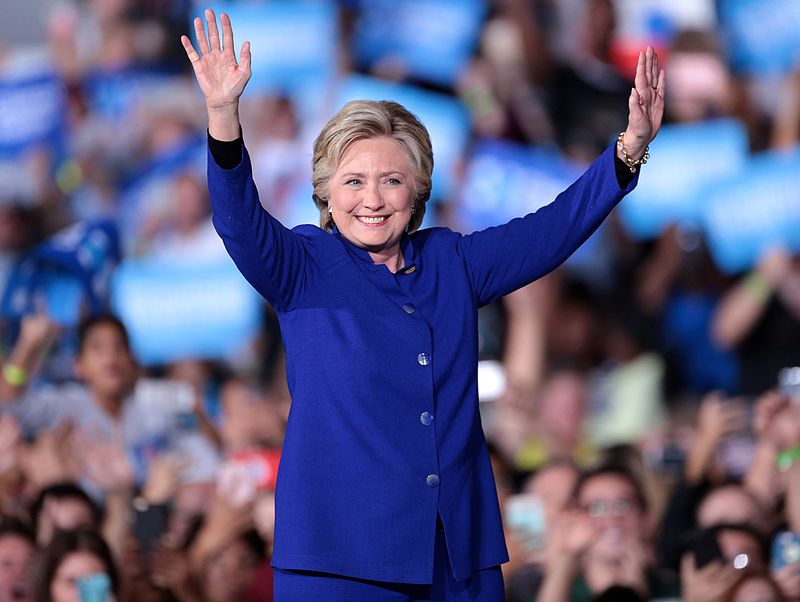 Hillary Clinton may have lost the presidential election, but her outfit of choice is living on as the symbol of a new national community of online-turned-offline politically-charged women and men.

Locally, the national group has spawned a Louisville/Southern Indiana chapter with more than 7,000 members. Some 300 people showed up for the first event on Nov. 17.

“We thought it might be 15 people meeting for pizza,” said Jean Smith, who is helping founder Jessica Fletcher administrate the group’s Facebook page.

A subsequent meeting focused exclusively on organizing volunteers brought out almost three dozen women ready to work through the structure, mission statement and purpose of our local Pantsuit Nation.

The duo hoped that the online group could help bring women together for offline activism, but the response overwhelmed even them. Challenges facing the group’s members, many of whom are new to organized activism, include how to foster diversity, what to do with their anger and how to channel their fear into energy.

“It’s different than just being disappointed your candidate didn’t win,” Smith said. “It’s a real feeling that our culture has changed in a negative way. I think most people who are reaching out want to fight back against that change.”

She added that for her it was the normalization of bigotry and misogyny she saw throughout the campaign. “It’s the America my mom grew up in the ’50s and ’60s when she tried to make her own way. That chauvinism and all she experienced — we’re seeing it again but for me it’s the first time. I don’t want to go back to that.”

Others in the group told similar stories of feeling a call to action. One woman expressed her fears as a “refugee with no country to go back to.” Another said, with tears in her eyes, that she’d traveled to the meeting in downtown Louisville from her rural county because she wants to know how to bring nuanced conversations to her neighbors.

Administrators stressed that the group is in its infancy, but one thread theme throughout is the harnessing of offline action.

“It’s not a Hillary fan club,” said member Jen Ritchey. “The original, national group may have started out tongue-in-cheek, but it’s beyond that. I wouldn’t say it’s just focused on Hillary, or the election even; it’s about social justice across all spheres of public life.”

Richey said her hope is that like-minded women can band together and learn how to have difficult and reflective conversations, not just with each other but also with those who would roll their eyes at the very idea of a pantsuit nation. “I’m just tired of seeing nuanced discussions reduced to memes,” she said. “We’re all in our bubbles, and half of it is built by fake news. We need to get beyond that.”

Added Smith, “I hope we’ll be a force. We’re ready for action. Women who come and stand up for injustice wherever they see it.”

All that is, of course, optimistic.

The group may have to fight against waning interest as the painful sting of Election Day fades from even the wokest of women’s hearts. Luckily — but, more broadly, unfortunately — on this front the president-elect has shown no signs of appealing to his critics and continues to fan the flames of outrage. Still, fearing the normalization of Trump, the leaders emerging at the center of Pantsuit Nation are hustling to keep the momentum going. A large meet-up is already scheduled for mid-December. Meanwhile, the Facebook group offers a growing list of volunteerism and activism opportunities, including expressing via postcard opposition to Trump’s recent appointments, signing petitions urging Obama to stop the Dakota Access Pipeline and persuading members of the Electoral College to switch their votes to Clinton.

Like its national counterpart, the makeup of Kentuckiana pantsuiters is undeniabley white. Smith said she and the other admins are taking “actionable steps” to address the issue, including the creation of a diversity and inclusion committee, being mindful about hosting meetings in a variety of neighborhoods and working with more diverse organizations to encourage a larger community of activism and change.

“I think we can create a group that is more inclusive to everybody,” said Smith. “We don’t want this to be the well-to-do Democratic women group.”

It is quite an undertaking, and it reflects a struggle happening at almost every level of white-led progressive activism. As one black woman, who asked not to be identified, put it, many people of color question promises of inclusion.

“It’s not that we don’t want to help, but we’ve been set aside before, so we’re sitting back. We have our own places. So we watch and listen. If you want to support her [Hillary], will you also support me? … In the past feminism hasn’t been inclusive. The 1913 march in Washington -— black women marched, but they put them separate, way in the back. We’ll work on racism later … Wait your turn. We didn’t get our turn.”

The woman, who was one of the few obvious racial minorities at the volunteer meeting, said that despite feeling some of that skepticism herself, she showed up for the Pantsuit Nation event because she feels the need to do more. She wants to believe everyone can come together.

“It has the potential. People just don’t know how to get there yet.”