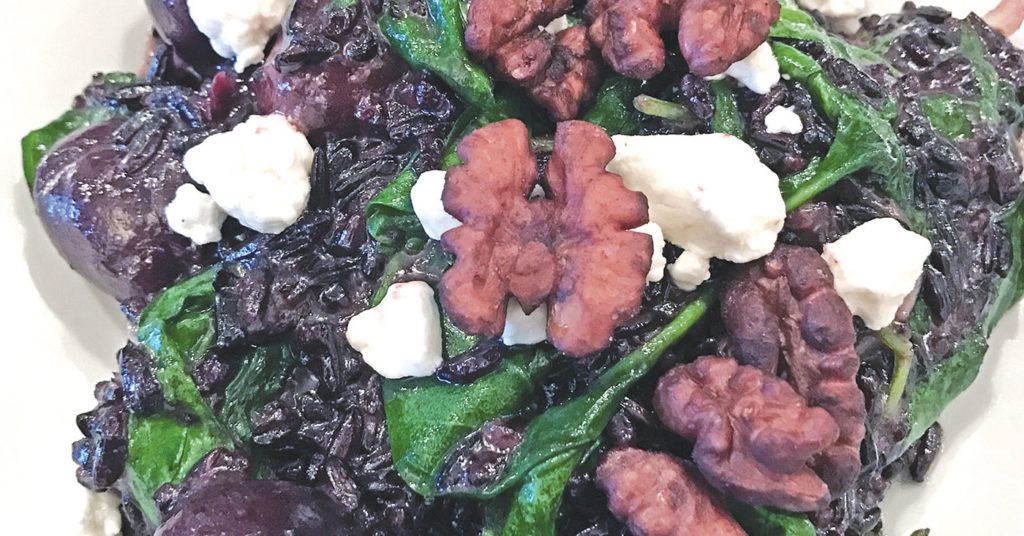 How many of us are eating turkey for Thanksgiving next week? Let’s run the numbers!

The National Turkey Federation tells us that 88 percent of Americans will chow down on roasted bird next Thursday, meaning that 46 million turkeys will be sacrificed to our national tradition.

On the other hand, close to 500,000 Tofurky roasts will go down the hatch this year, or so claim the good folks at Turtle Island Foods, the Oregon-based company that makes the famous tofu-based fake bird.

Tofurky? I can hear you laughing from all the way over here. The name alone invites laughter, and to be honest, I’ve tried the ersatz poultry chunk myself, for the sake of science, and I’m here to tell you that, while it’s not actively disgusting, it’s about as much like turkey as a block of tofu resembles rare Wagyu steak.

In fairness, though, Tofurky was a faux-meat pioneer, coming on the market in 1995, when, according to the Vegetarian Resource Group, only 0.3 percent of all U.S. adults said they never indulged in any form of animal flesh, neither meat, poultry, nor fish.

That figure is up to 5 percent now, still a distinct minority, but it’s about 16 million people, a market large enough to tempt marketers, and to prompt restaurateurs — particularly in trendy urban neighborhoods — to offer tempting vegetarian alternatives.

In addition to all those 16 million hardcore vegetarians and vegans, there’s evidence that a much larger number is moving away from a meat-centric diet in favor of pulling back from red meat, or going pescetarian with seafood and fish only, or even the increasingly popular “flexitarian” lifestyle that shuns meat now and then.

And this is why, on Thanksgiving and every other day, more and more chefs have started adding serious meatless options to their menus. By serious, I mean something more than the casual afterthought of throwing several veggie side dishes on a fancy plate, or painting a grilled portobello with artful stripes of balsamic and the aioli of the day.

I’m talking about bringing the same level of chef-driven creativity to a veggie-based entrée as they would to a meatful main. And by entrée I mean a real dinner dish, not a couple of small plates or something they’ll make for you in the kitchen if you ask for it.

Hey! It’s better to explain by example, so let’s look at an honor roll of meat-free dishes that I’ve enjoyed in my dining experiences over the past year.

Let’s start with Roots, where meat-free dining is all they do. Perhaps the most spectacular dish was Forbidden Rice Risotto ($9.50), a creamy and silken take on the Italian tradition turned Asian in its disparate, umami-loaded flavors. The slightly earthy, textured black rice was elevated with surprisingly “meaty” add-ons: black cherries, walnut meats and mild goat cheese, each adding its own surprising burst of flavor. (Roots/Heart, 1216 Bardstown Road, 452-6688)

But you don’t need to go to an all-veggie eatery with its own tofu-making machine to have your choice of fascinating meatless fare. Who ever heard of tofu at a hot-chicken joint? Ryan Rogers, the creative chef who put tofu into barbecue at his Feast BBQ and makes it delicious, does an encore at Royal’s Hot Chicken with Southern-fried tofu ($8.50). Mirroring Royal’s estimable Nashville hot chicken, this alternative slams four squarish logs of firm, fresh tofu into a fiery Nashville-style coating and fries it crisp and crunchy. (Royals Hot Chicken, 736 E. Market St., 919-7068)

Vegetarian at a steakhouse? You bet, if that steakhouse is Le Moo, where there’s nothing abstemious about the vegetarian cassoulet ($17). Served in a black-iron skillet, it’s a generous serving of large, perfectly tender white beans, long-simmered with leeks and mirepoix in a lightly spicy sauce so savory and rich and creamy that it’s hard to believe it’s vegan. (Le Moo, 2300 Lexington Road, 458-8888)

Another steakhouse, Brooklyn and the Butcher, shines without beefsteak in its roasted cauliflower ($11), not a veggie side, but a fascinating, generously portioned meatless main. Snow-white, al dente cauliflower florets are joined by spicy curried tomatoes, piquant shishito peppers, crunchy, bright-flavored fried capers and dabs of Capriole goat cheese that all come together like a symphony. (Brooklyn and the Butcher, 148 E. Market St., New Albany, Indiana, (812) 590-2646)

Taj Palace, or any of the city’s fine Indian eateries. Try creamy — but vegan — korma, spinach-rice aloo saag, and much, much more; Hub Roti Cafe, for The Wizard roti with baked tofu, or an impressive vegan Philly “cheesesteak”; Artesano, for the memorable roast-cauliflower cazuela de califlor; Noosh Nosh for black bean cakes; Migo, for the five-way corn tamale or any veggie taco on the menu; Gospel Bird, for its remarkable dressed black-bean burger; Monnik Beer Co., for curry beans; or, heck, Silvio’s, for rice balls and marinara.