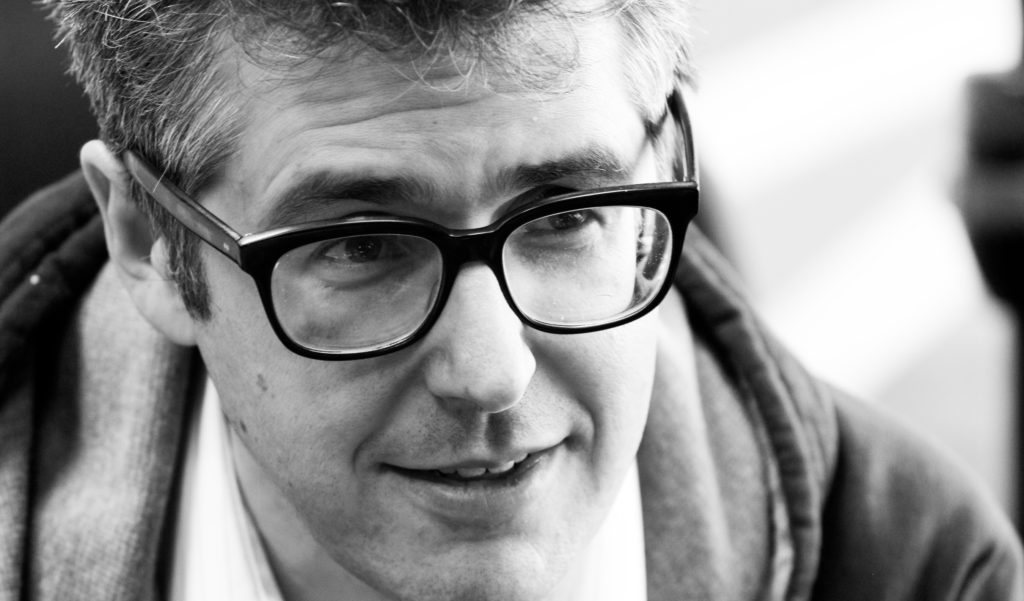 For over two decades, the internationally-syndicated “This American Life” has served as the gold standard for riveting storytelling, with a touch of radio theater, during which personal vignettes tell larger truths and resonate with millions on a significant level. Hosted by its conversational and consummate orator Ira Glass, “This American Life” has spun off into television, movies and splinter podcasts like the phenomenon “Serial” — possibly the only podcast to be satirized on SNL. Now, Glass takes elements of the “This American Life” formula and brings them to life on the stage with a new live show, “Seven Lessons I’ve Learned.” Glass spoke with LEO about how the internet not only didn’t kill but helped the radio show and when he knows a story has legs, as well as the one episode he considers quintessential.

LEO: The first two episodes under the ‘This American Vote’ theme really took the temperature of the country in this election — division within and between parties, rampant nativism, our post-fact world, etc. So, what do you make of the election? Do you see the fractured mood of our country informing how you might approach upcoming stories?
Ira Glass: The thing I’ll say is the country we find ourselves in the day after the election does not seem different than the one we found ourselves in the day before. Before the election, we seemed like a completely split country with two different narratives — Democrats and Republicans have two different stories about what’s going on in the country, how bad things are, what the main problems are… we don’t even agree on that. Like, Democrats don’t think immigration is the biggest, most-pressing problem. Republicans, as a voting unit, do not think climate change is real. Each side has a radically-different agenda. You hear things from the Republican side, that we’ve documented on the show, like ‘Hillary and Obama hate America,’ and hear things on the Democratic side like ‘Donald Trump is just a con man who’s just trying to bring down America.’ I feel like we have two totally incompatible, different narratives. That was true before the election, and it’s true now. The election did not change that.

The other thing that’s striking is that, as we also noted on the air, facts mean less than ever. I’m in the facts business, so it’s sobering to see the degree in which facts don’t seem to matter very much at all. What I’m so disturbed about, going forward, is the degree to which non-factual analysis will lead to non-solutions to problems. For example, yes, there are 11 million undocumented people living here, but to build a wall on the southern border ignores the fact that, since 2009, the net inflow of illegal immigrants is zero. The problem isn’t that people are walking across the border. We have a problem, but it isn’t that one. So, the notion that we’re gonna spend money to build a wall doesn’t match the facts on the ground. That’s the type of stuff we’ll continue to cover.

Do you think that good storytelling can truly be objective?
I think objective is a totally impossible standard, but fair is totally achievable all the time. You can be fair to all parties, and listen empathetically, and take all parties seriously, and try to understand how they see the world from their point of view — especially if you don’t agree with them. I feel like lots of reporters do that.

Obviously, there’s the example of ‘Serial,’ but how has the explosion of podcasting changed ‘This American Life,’ especially for a show that predates podcasting?
One is that we get send-out material to people that’s more than 59 minutes [laughs]. Often, there will be an extra few minutes, and sometimes there will be an extra act or two. Like, this week there’s a whole extra story on the podcast that we couldn’t fit into the show.

Secondly, we can do stories like ‘Serial’ that can take five or six or 10 or 12 episodes to tell in a way that would be very difficult to do on the radio, because each episode you have to bring in the people who didn’t hear the episode before. You don’t have to do that with podcasting, since people can listen to the episodes in sequence, just like with binge-watching a TV show.

The third and most important thing is that we were always going broke. And, with podcasting, the audience is so large that it’s meant that the advertising money — the people who do put underwriting announcements on the podcast — has given us enough money to do experiments and send five reporters to Greece for weeks covering the refugee camps. We can up the amount of ambitious reporting. The amount of investigative reporting we do on the show — we can do something every month at a level now that, in the early days of the show, we could only do once a year — because we have more staff. And the number of hours it takes to put together a big investigative piece, you just have to have a staff large enough that one person can actually work on something for a month or two. For the last 10 or 12 years, our radio audience has been at 2.2 million, which is huge, of course, and it’s stayed steady. Like, radio isn’t going away — seriously, it’s still strong. The internet has not affected our radio audience. But we’ve added an additional 2.5 million people per episode on the podcast. So we’re reaching twice as many people, and we get twice as much money, and it’s improved the quality of what we’re doing on the radio.

So, for the first time, instead of being always broke, we finally have money that we can throw at different things that range from investigative reporting to commissioning songs from Broadway songwriters. We have the money to experiment, but mostly to throw toward reporting. Weirdly, we find ourselves in the one part of journalism that isn’t struggling. And we don’t take that for granted. We were broke for so, so long. To have the luxury of this, it’s stunning. And we try to use that money for things we think are important.

How many of the stories come from within the show versus listeners or other people?
That’s a really good question. I have to say, it’s a completely chaotic mess [laughs]. If I had to guess, about a third from the staff and its ideas, like [TAF reporter] Zoe Chace becoming interested in the split in the Republican Party and the pro-and-anti Trump forces at work — and she just found amazing stories. And then there’s a surprising number of things that end up on the air from people sending random emails to the show, saying ‘Hey, I’ve got a story.’ One of the things about doing a show in our format is that, since it’s not built around the news many weeks, it’s really just whatever we find interesting, and often it’s applying the tools of journalism to stories that are so small that journalists wouldn’t bother with them because they’re too personal. And what happens, to do a show like ours, we run way more stuff than what ends up on the air and then see what works. We end up killing a third to a half of everything that we start.

Is there a moment that clicks with you, and you know that you have a good story?
Sometimes something amazingly great will happen in an interview, and it’ll be really exciting! A person will be super interesting or surprising … yeah, that happens all the time. But there’s a lot of stories where you’re in a middling area, where they’re not great, but they’re not awful. It just feels like if you just massage them in the right way or shorten them to the right length or frame the question in the right way, the story can become really great. That seems to be 60 to 70 percent of what we work on. And then sometimes you fight and fight, and it just doesn’t work out.

You’re getting ready to do some speaking engagements under the title ‘Seven Things I’ve Learned.’ What is it?
I stand on stage with an iPad, and I play audio and video and, basically, it’s seven lessons that I think would be fun to talk about in front of an audience. Some are big important things, some are tiny things I’ve learned from individual stories. And it’s a mix of behind-the-scenes stuff, how we make the show, but then also audio that has never been on the radio show, and little movies and things we’ve made. Stuff that I think most of audience has never seen, and stuff we’ve tried to make for the radio show, and it didn’t work out.

Where else do you hope to take this immersive form of storytelling?
We have a bunch of things we want to try, as other podcasts that we’ll be rolling out in the next year that are very exciting and different than anything else out there. In the same way that ‘Serial’ was a new way to do a podcast, we have a bunch of new things that are like that. That’s our next immediate goal.

Honestly, what’s been so interesting this past year has been to try to reinvent the radio show. To try to do new things, like the election coverage that we weren’t hearing other people do, and even just to do two hours on refugees in Greece was a real interesting challenge, because I feel that’s a story everyone is tired of, but we wanted to dive back into it and make it feel alive and get people interested again.

Final question, and it’s a doozy. Do you have personal favorite stories, or at least ones you’d point a first-time listener toward?
Totally. I would say ‘129 Cars,’ which is an incredibly simple story. We go to one car dealership, and they have a quota that they have to sell. If they do it, they get a bonus from Chrysler, and if they don’t, the business is in the red for a month. They couldn’t afford that and … I’m giving you too much detail [laughs]. But, they have to sell these 129 cars, and it’s not going well, and you hear them getting more and more desperate. And the guys are wonderful, funny talkers in this way that … it’s fun to hear salesmen. They all have separate theories on how to sell something. It’s totally fascinating.