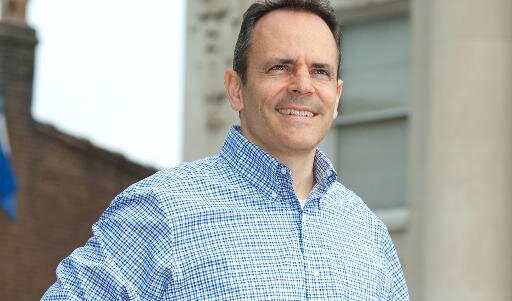 Gov. Matt Bevin was midnight tweeting again Thursday night, and what he wrote is truly shameful.

I implore you all to let him know how disgusting this is (probably via Twitter since that’s his preferred means of communicating).

This time he is trying to shame a University of Washington administrator for reaching out to students and faculty who feel angry, sad and upset by the election of Donald Trump. See, just about half the country has voted for a man who condones sexual assault, believes Mexicans are criminals and Muslims are terrorists.

Dr. Marisa Herrera, executive director, community building & inclusion at the university, sent out a letter for a town hall meeting, focusing on those who felt threatened by the results of the election. Our governor, who apparently has enough time to take away from governing the state, wrote responded with this:

Wish this letter was a hoax…It is not…This is exactly the type of tax funded silliness that voters just rejected pic.twitter.com/PkSbxVdXuU

Not only is Bevin calling out someone who is offering a welcome place for those looking to feel safe… but it’s not even his state! It’s not his tax dollars!

They are not bothering you Matt Bevin!

What is most concerning, perhaps, is that Bevin’s tweet attack on Herrera will give license to others to attack her on social media, just as Trump’s election has been followed by a rise in visceral and virtual attacks on women and minorities.

In the same week he invoked returning Kentucky to Judeo-Christian values, he attacks a woman … a doctor! … across the country, who is trying to make others feel safe. Bevin, you should be applauding a peaceful assembly of people who need are creating community — people who are hurting.

You’re an embarrassment. You have no shame.