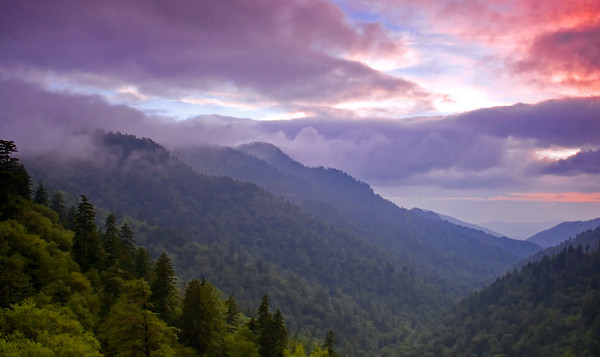 For weeks, fires have raged on Pine Mountain. One burned, downward from the ridge, through the James E. Bickford State Nature Preserve, habitat for several rare species of invertebrates and plants. At one point, the flames breached the firebreak behind the Laurel House at the Pine Mountain Settlement School. Staff, firefighters and residents fought the fire with leaf blowers, rakes and shovels.

The state Department of Forestry declared the fire an act of arson.

On the morning of Oct. 26, days after the school’s annual Fall Colors Weekend, a fire was lit, turning into a four-mile long blaze along the ridge of Pine Mountain above the school. Geoff Marietta, the executive director, said arson happens frequently in those mountains.

That fire, as well as numerous others including one in Pine Mountain State Resort Park — Kentucky’s first state park — have been extinguished, and one in the adjoining Kentucky Ridge State Forest is under control, according to the Kentucky Division of Forestry. As of Nov. 9, three arrests had been made for fires in Harlan and Letcher counties — Pine Mountain spans both — and in McCreary County within the Daniel Boone National Forest. Whoever set the fire above the school has not been apprehended, a state official said.

At the outset, news of the fire was difficult to find. But when Gov. Matt Bevin declared a state of emergency, the fire drew larger media attention. The sound bites, however, do little to underscore what is at risk, given the importance of the mountain — geologically, it is among the oldest formations in North America, as is the forest, which extends back to the earliest ferns, as naturalist E. Lucy Braun noted in her classic 1950 book, “Deciduous Forests of Eastern North America.”

It is grievous that it might take arson to bring attention to the issues surrounding Pine Mountain, an ecological treasure in a region ravaged for over a century by mining and logging. Pine Mountain, with no merchantable coal, remains in many respects pristine. It gives refuge to nearly 100 rare plant and animal species, including many federally-designated endangered species. Trees can reach hundreds of years old.

But the mountain faces new threats, chief among them the woolly adelgid, an insect that threatens every eastern hemlock in the state with extinction. Non-native species impact the health of the ecosystem. Humans take their toll, too: quarries carving huge swaths from the mountain’s limestone heart, natural gas wells along the length of the mountain, and roads marred by dumps. It is home to Rocky Mountain elk and black bear, and its creeks are the headwaters for several rivers that flow into the Ohio River.

For those living in Louisville, Pine Mountain may seem far away. It is not. Many from Louisville have hiked the Pine Mountain State Scenic Trail, the wooded paths of Kingdom Come State Park, and the trails in Blanton Forest Nature Preserve, home to one of the only old-growth forests left in the East. Pine Mountain includes two state parks, two state forests, four state nature preserves and a national forest.

The mountain we have come to cherish, and about which I am writing a book, is threatened by a suffocating ignorance. Marietta’s school is not alone in asking for advocacy for the mountain, but support must also come from cities too, whether through financial support or simply visiting the mountain to understand its legacy.

By way of example, the Red River Gorge would not have been protected had the people in the cities not realized that the Army Corps of Engineers was going to flood the canyon. That Wendell Berry wrote about it in The Courier-Journal, and then wrote, “The Unforeseen Wilderness,” shows how an increase in awareness can save what is precious.

I’ve visited the mountain steadily for half a year, touring it with naturalists and artists, and with land stewards and state park employees. I speak on behalf of a place I have grown to love, as well as for people who are defending it through education, art and conservation, whether that be the Kentucky Natural Lands Trust or a family that sells its land for preservation.

There is a bright future on Pine Mountain, too: The Pine Mountain Trail, under development because of several groups, is part of the Great Eastern Trail, which will stretch from New York to Alabama. Its main course will run through Kentucky, a potential boon to the region — indeed, many backpackers and hikers are expected.

This is one of the biggest things to happen in Eastern Kentucky.

We must defend the landscape from which this sustenance comes, whether our water, our knowledge or our history, all of which will create in us a sense of identity that transcends our residency in the city. We must also support the people there, whether it is out-of-work coal miners or the teachers at the school.

It is important for the children of Louisville, who have stayed at the Pine Mountain Settlement School and learned about this ecological treasure. My daughter was there with me for the Fall Colors Weekend, during which she practiced nature journaling and learned about raptors. The naturalist handed her a sourwood leaf to chew, which she did. She saw the expanse of the land, the mountain falling away to the Cumberland River and, beyond it, Black Mountain. She kneeled on Raven Rock and dipped her finger in a pool of water cupped in the 300-million-year-old sandstone.