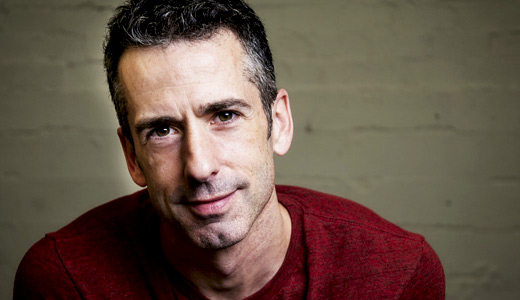 Q: I’m a very sex-positive girl and I finally convinced my boyfriend to open up about his fetishes. I could tell he was ashamed and torn about sharing them with me, but I’ve been with my fair share of guys and surfed the net for years, and I was convinced nothing would shock me. Well, it turns out he’s into soft vore. I’m not gonna lie, I was a bit put off, but of course I didn’t tell him. I started looking for information about his fetish, and it’s not as uncommon as I thought. I stumbled upon many websites for like-minded people, and my understanding of it is that vores really long for intimacy and protection. Is my interpretation correct? Also, after learning about it, I realized it’s less extreme than some of the stuff we usually engage in, like heavy BDSM, so I want him to feel fulfilled. Is there any way I can help him “act out” his fetish? He would like to be the eatee.

A: Vore, for readers who aren’t familiar with the term, refers to a spectrum of kinks that involve being eaten alive or eating another creature alive. Vore is divided between “soft” and “hard,” kind of like BDSM. Soft vore doesn’t require simulated bloodshed (it mostly involves fantasies of being swallowed whole), whereas hard vore involves the (imaginary!) ripping of flesh and the (simulated!) shedding of blood. Large creatures capable of swallowing and/or devouring humans are important to this kink, as you’ll discover if you do an image search for “vore” on Google. Since most vore fantasies involve creatures that qualify as fantastical beasts, i.e., large and nonexistent beasts (megakinkfauna?), vore fetishists are forced to construct elaborate fantasy narratives, build their own creatures, or seek employment at the Jim Henson Company (where they can sneak in after hours and repurpose vore-scale Muppets) in order to get off.

Before you can determine which way to go — assuming your boyfriend wants to “act out” his fantasies in the first place — you’ll have to get more details. Is he into the intimacy and protection aspects of vore? Is it an extension of a mouth and/or pregnancy fetish? Does an interest in bondage factor in? Learning more about what gets him going — besides the whole being eaten alive thing — is the first step.

Once you know exactly what it is about vore that turns him on, FULL, begin your explorations with role-play and dirty talk. Ramping things up slowly is always a good idea with varsity-level kinks, so try sexting each other and/or creating dirty vore stories together over e-mail. If your boyfriend wants to get physical, start with mouthy things like biting, licking, sucking, etc., combined with dirty talk about digesty things like chewing, swallowing, gastric juicing, etc. If everything goes well, you try to bring his fantasies to life using props, costumes and stage blood. Try zipping him up in a sleeping bag to simulate being in a stomach — filling it with a gooey liquid will make it feel more like the inside of some fantastical beast’s stomach — but be careful not to smother him if you do “full enclosure.” (Smothering someone to death, intentionally or unintentionally, is bad. #TheMoreYouKnow)

Finally, FULL, I want to commend you for not freaking out when your boyfriend shared his kink. You listened calmly, you did a little research and you gave it some thought. For that, I’m upgrading your GGG card to platinum.

Q: A friend and I want to go to the inauguration in January with the intention of standing with our backs to the ceremony as a peaceful protest statement. A handful of people doing this won’t say much, but if hundreds/thousands of people did this, it could send a message to the world that the majority of us did not vote for him and are not supporting his hate. Do you feel this would be a worthwhile action to try to organize (along with giving money and time to organizations that support social justice), and if so, would you give voice to this idea to your readers/listeners?

A: I’m torn. On the one hand, we need to stand against Trump and what he represents and his inauguration. Like his campaign and his nomination, his election is an outrage. On the other hand, flying is expensive and lodging in D.C. isn’t cheap. Perhaps our registering-our-opposition-to-Trump money could be better spent? There’s nothing about going to D.C. that precludes making a donation to the American Civil Liberties Union (aclu.org) or the National Center for Lesbian Rights (nclrights.org) or the International Refugee Assistance Project (refugeerights.org), of course, and symbolic acts of resistance (demonstrations, zaps, protests) often inspire people to engage in practical acts of resistance (donating money, monkey-wrenching discriminatory “registries,” urging local elected officials to not cooperate with anti-immigrant/anti-Muslim directives).

So if heading to D.C. to protest on Inauguration Day feels right and necessary, PP, you have my full support. But I’m going to spend the day making donations, baking cakes and sucking cocks.

Q: Any advice for a first-time sex-toy buyer? I’m looking into vibrators, but I don’t want to spend a bunch of money on something that doesn’t do it for me.

A: “VIBE should go to a sex shop in person so she can physically pick up and turn on the models she’s considering buying,” said Erika Moen. “If possible, go to a shop that advertises itself with any of the following words: feminist, queer, LGBTQ+, sex-positive, woman-friendly, trans-friendly, or inclusive, as these places tend to be staffed by people who are passionate and genuinely invested in helping folks of all walks of life.”

Moen and her partner, Matthew Nolan, have been making the Oh Joy Sex Toy comic for three years, which combines reviews of sex toys with really awesome/hilarious/radically-inclusive sex ed. And Moen, who has personally tested hundreds of sex toys, wants you to rub one or two out before you go shopping.

For best results, Moen recommends buying two toys, VIBE, if you can swing the expense.

“Get a generic bullet vibe first,” said Moen. “They’re about $15 to $20 — it’s a model that has a control box you hold in one hand and a cord that connects to a simple vibrating egg shape that you hold in your masturbating hand. Try it out at home, and then based on how you did or did not enjoy it, purchase a more expensive, high-quality model ($60 to $120) based on the kind of vibrational stimulation you learned you want (or don’t want) from that first cheaply made model. Personally, I recommend the Minna Limon and Vibratex’s Mystic Wand for smaller-sized, decently powered vibrators. And then the big guns that’ll blast you to the moon and back are the Doxy and Vibratex’s Magic Wand (formerly known as the Hitachi Magic Wand). Best of luck to you!”