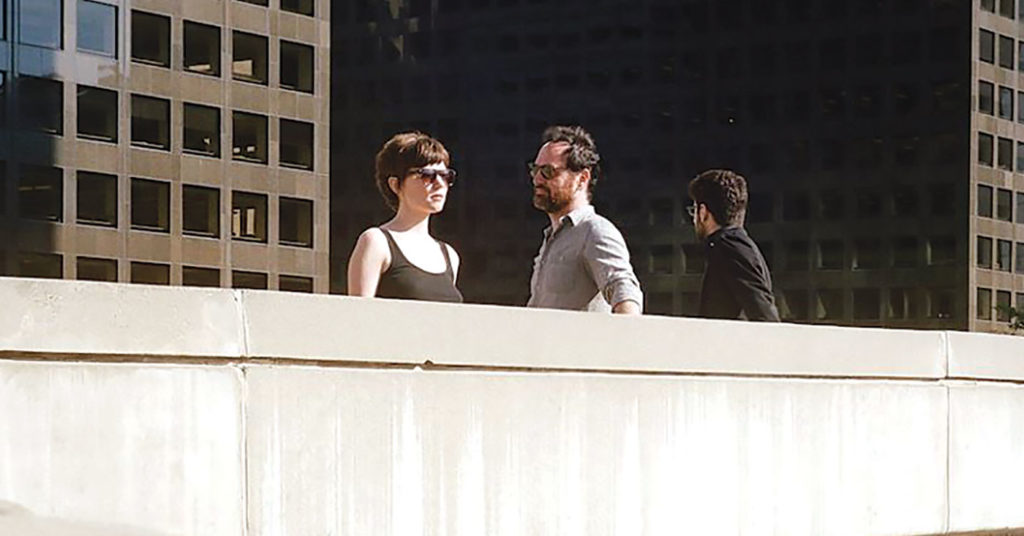 After moving to Cincinnati from Los Angeles to take a break from composing films in order to focus on the material that would become DYAN’s first album, singer-songwriter Alexis Marsh found herself in Louisville, watching her former UofL classmate Dan Dorff play drums on Ray LaMontagne’s latest record, Ouroboros, at La La Land Studio. Being there when that album took shape was enough to make her want to mix DYAN’s debut, the minimalistic-leaning synth-pop project Looking For Knives, with Kevin Ratterman and company at La La Land, which is where the three band members — Marsh, Samuel Jones and Dorff — worked together for the first time.

“It’s so unique in its vibe,” Marsh said about how La La Land compares to the studios in Los Angeles. “I’ve never experienced a studio like that. So, when we were thinking about where we would finalize the album, La La Land just seemed right. It was a natural choice.”

Marsh, who is originally from Winnipeg, met Jones while studying film composing at the University of Southern California, where they started working on each others projects because they played different instruments — Marsh mostly played woodwinds and he played guitar, bass and drums — and they, of course, shared the same taste in movies. For the last few years, they’ve went under the name Alexis & Sam, working on scores for film and television. For Looking For Knives, Marsh wrote the material, and Jones added layers and produced, while Dorff rounded everything out on drums. A record fueled by a breakup, Marsh had a stark, direct soundscape in mind, something that she had to navigate in the studio, since it was the first time her material was being molded by this many people.

“It was a little bit of an epiphany, of realizing that I have preferences and I have an idea of how I want these songs that I have written to be,” Marsh said. “And there are times where you kind of have to fight for what that is. When you have three other people saying ‘that’s kind of boring,’ or ‘it’s not really going anywhere.’ But, having my own opinions — that I like that it’s boring or I like that it’s not going anywhere. That means something to me.”