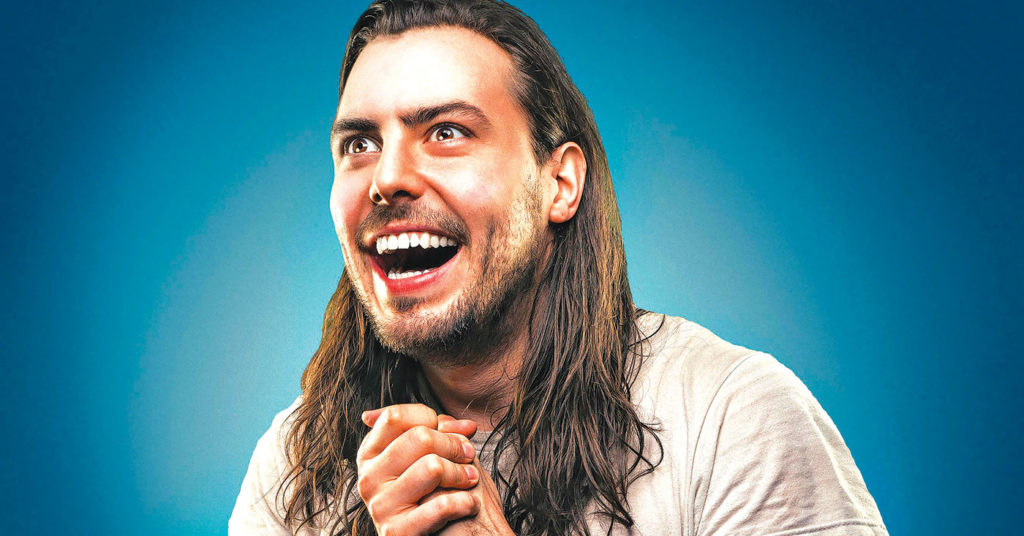 Andrew W.K., the man who was almost the party ambassador of the United States of America, is genuine and honest to the point of earnestness. You can catch him this Friday night at Zanzabar as part of his Power of Partying speaking tour, during which he hopes to help uncover the truth of the world through partying. Before he swings into town, we caught up with him to talk about how he got into music, motivational speaking and the time the government hired, and then immediately fired him, as a cultural ambassador.

LEO: What got you into music? What was the first instrument you picked up and why?

Andrew W.K.: I began with piano. That is my main instrument to this day. I began with lessons at age 5. Those were quite rigorous and traditional. The oldest memories that I have were of my father playing piano. With all due respect, he’s not an extremely devoted pianist. I was very drawn to it. Those are the oldest memories that I have. Before I heard music of any particular variety, I heard my dad playing piano — so thanks Dad.

How have you evolved as a musician and why?

I don’t know if out of respect for the word evolution … I don’t know that I’ve gone through much evolution. I think I’ve attempted to, perhaps in high school. I focus not too much on evolving, but on growing. A tree grows and branches out, but remains unto itself connected to itself. It may over time, unbeknownst to itself evolve, but its goal is to be the best tree that it can and to stay the same. My target remains the same.

That elusive feeling of undeniable joy that life presents every so often. Sometimes it seems like it happens completely on its own. You just hope to be there when it strikes. Other times it seems like you have a hand in bringing it about. I’ve found real early on that music is a pretty reliable delivery mechanism for that energizing joyful sensation. Maybe it’s a glimpse of that real reality.

How did you get into motivational speaking? How does it differ from your time as a musician?

Music for me, almost every interest, has been a means to an end. Like food. To satisfy some desire. To quench some really deep thirst. I was trying to get to this feeling that made life seem like a good experience. Getting there through music was pretty reliable, but I also found through interviews and talking to other people, that you could do it with talking, with language. Not the same as music, but it counted. More than just music, I realized that my efforts were about this feeling. This life force feeling. Mental, spiritual sensation. I just want to devote my life to it.

What is the power of partying and why is it important now?

Three words to point towards what we’re talking about. The power of partying for me is that partying has been a very inviting term or mindset that helps to encourage the pursuit of this joyful revelation. It’s about headspace that lets you encounter as much as life as possible. A big part of that headspace is building up the determination, or courage, to determine that life is a good thing. To have faith that life is a good thing and to celebrate that.

In the past, have you had trouble determining that life is a good thing?

Yes. To this day. That’s why it remains a lifesaving pursuit. I try to imagine that maybe when I was first born, you assume that everything was good, or maybe you knew that everything was good. Maybe you do know that. Then the doubts begin to introduce themselves. Depending on a person’s constitution or maybe their environment, you start to believe those doubts, or maybe you start out from a place of doubt. For me it’s always been a real struggle. I’m thankful in a way, because it’s that motivation to overcome that struggle. There is a joy in overcoming sadness. That whole duality seems to be inescapable.

What happened to your cultural ambassador status for the U.S.?

The State Department had invited me to go to the Middle East representing the U.S. in some capacity. Once the trip was announced, they decided to cancel it. They saw a picture of me with a bloody nose and decided to cancel it. It was disheartening. We’d been working on it for a year. Those trips are supposed to be publicized and invite cultural exchange. Once the trip was cancelled, there was even more coverage than even if I had gone. In that way, I think it achieved what it would’ve achieved. I heard some discouraging facts about Bahrain and their rather despicable human rights records. Most of all, I was excited to represent this country. I couldn’t believe that it was happening in the first place. I try to take it all in stride. I think it’s a situation of judging a book by its cover.

How would you define your aesthetic, be that visually or otherwise?

I want to be like a landmark within a very busy horizon of offerings and that if people are looking, that they can find it hopefully through me, and that they don’t have too hard of a time locating me in the landscape. I want to be identifiable as the guy who has this to offer. I just want to be a reliable and consistent source of that feeling. It’s a lot to shoot for. I figure I’d rather represent that than anything else.

To what do you see as your legacy?

I don’t know if you get to define that. You do the best you can and it shakes out however it shakes out. I’d like to think that as I hit 50, I’ll start thinking that. To not quit, that’s my legacy right now. Just to keep partying forever. I’m trying to promote this feeling. Every opportunity I have is a privilege to me.