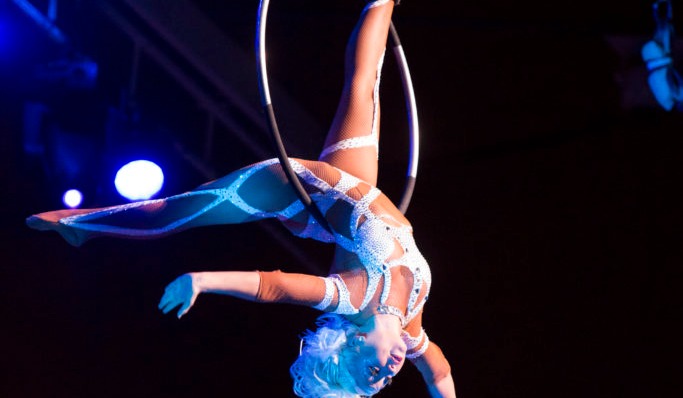 Jim James with Twin Limb
Louisville Palace
$35  |  Doors at 7 p.m.
As LEO’s own John King wrote, Jim James’ newest album, Eternally Even, has “weaving soul-infused keyboards with dark vocal undertones that emulate the best of Neil Young’s protest era.” And you can see the My Morning Jacket frontman perform his newest album live with another Louisville favorite, Twin Limb.

Light Up Louisville
Fourth & Jefferson Streets (Holiday Square)
Free  |  8 p.m.
For those of you who can no longer wait to celebrate Christmas, Light Up Louisville is the perfect kick-off party for you! You can start it off with a short 5K run/walk earlier in the day, wait for the parade, or just show up later for the live music, ice skating and beautiful lights.

Cirque Musica Holiday Spectacular
Kentucky Center (Whitney Hall)
$27-$75  |  8 p.m.
Christmas classics such as “A Christmas Carol” are great and all, but they can also be a bit dull if you’ve seen them a couple times. So, this year, spice up your holiday theater-going with the Cirque Musica Holiday Spectacular. It’s a mix of your favorite holiday songs (by the Louisville Orchestra), with circus acts by high-flying aerialists.

UofL vs UK football
Papa John’s Cardinal Stadium
Prices vary  |  12 p.m.
UofL may have lost its shot at the playoffs last week with that horrendous loss to Houston, but that won’t stop Lamar Jackson, and an angry team, from putting on one hell of a show this Saturday. But expect UK to try and elevate their program by slaying the dragon that is UofL. And if you haven’t gotten your tickets yet, UofL’s official resale site, vividseats.com, still has some available.