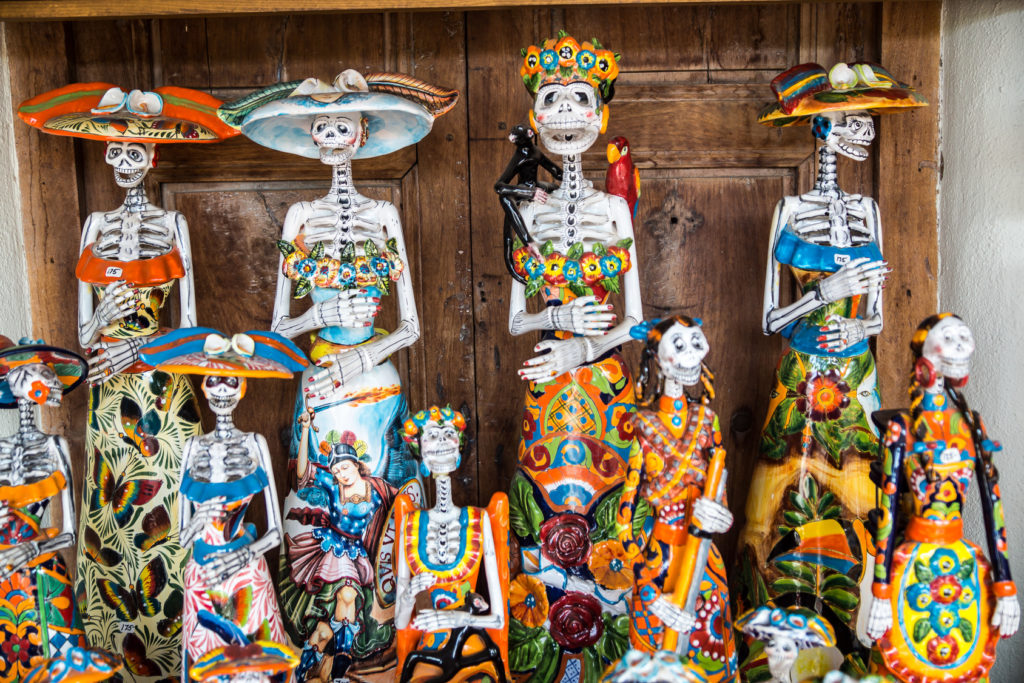 Day of Dead Louisville
500 S. Fourth St.
Free  |  5 p.m.
Celebrate Día de los Muertos with a street party on Fourth Street this Friday. Dress up in a skeleton or sugar skull outfit, enjoy flamenco, folkloric and fire dancing, live music, Day of the Dead-inspired art and plenty of food and drink. It’s a chance to have some fun and “honor all those whom we have loved.”

Inaugural Local Jams & Jellies Concert
Mag Bar
$5  |  10 p.m.
Caldwell’s Quirky Cookery, is a “weird little jelly company,” that has been in Louisville for about a year now. And Mag Bar, which revels in weirdness, decided to pair its local jams with Caldwell’s jams and jellies for a night of live music madness in support of this new local business. So come out to see bands Exister, Foxbat, Greyhaven and Stagecoach Inferno and leave with some delicious sweets.

Writer’s Block Festival
Tim Faulkner Gallery
Free-$35  |  8:30 a.m.-7 p.m.
Since the magic of the written word is the only reason LEO even exists, it should come as no surprise that we think it’s pretty damn important. And if you feel the same way, come join your fellow writers to celebrate literature and the art of writing at this year’s Writer’s Block Festival. There will be readings by authors, panel discussions, craft workshops, a print and resource fair, and, of course, plenty of food and drink.

Laura’s Angels: Disco Fever Fashion Show
Play
$25  |  6 p.m.
Kentucky’s own Laura Kirkpatrick, runner-up on “America’s Next Top Model” and All-Star, is bringing the state’s hottest designers and models to PLAY for a night of ’70s fashion eleganza. There will be plenty of cocktails and a chance to mingle with people in the fashion industry. All proceeds will be donated to local youth charities.

UofL Men’s Soccer in the ACC Championship
Lynn Stadium
Prices vary  |  1 p.m.
Although it enjoys less adulation than UofL’s other football team does, UofL Men’s Soccer has been putting on a hell of a show this year, defeating a number of top-10 teams, earning them a top spot in this year’s ACC Championship tournament. Come out and support Louisville soccer players as they face off against the winner of the game between No. 11, NC State, and No. 6, Virginia.