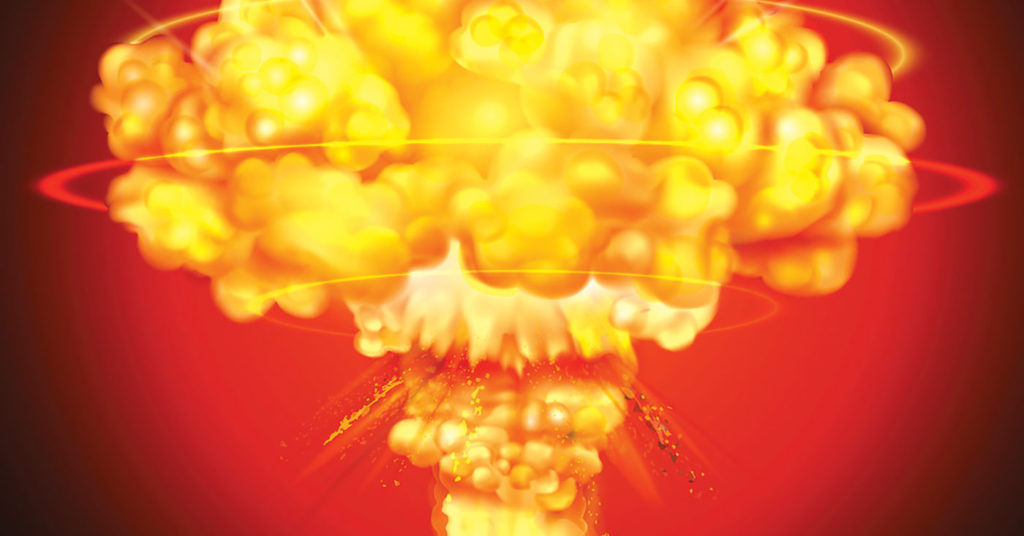 Anime Super Feast
Kaiju
Free  |  7 p.m.
Don’t spend your Monday pacing around the house and anxious about the coming election. Spend your Monday at Kaiju, where there will be Japanese street food and anime shows about food. The feast begins at 7 p.m., followed by three episodes a piece of “Toriko” and “Bento.”

Brew Guru Yoga
Flat12 Bierwerks
$5 suggested donation  |  Times vary
Or you can get your pre-election jitters out at Flat12 Bierwerks with a combination of relaxing yoga, riverside views and $1-off pints. Just bring a mat and maybe some friends, and enjoy some peace of mind.

VOTE!
Your Polling Place
Free  |  6 a.m.-6 p.m.
It’s simple — click the link above to find your polling station, show up there Tuesday with an accepted form of ID and vote for (or write in) whoever the hell you want. But on a serious note, this is a right countless people have died for. At the very least you can get off your ass and vote.

Election Night Parties
Hilltop Tavern and Louis’s “The Ton”
Free  |  4 p.m.
Tuesday night is going to emotional, so LEO found parties for you to enjoy. A few honorable citizens are “Seeking a Friend for the End of the World” at Hilltop Tavern, while Louis’s “The Ton” will pass out free popcorn and Industrial Tuesday specials. Expect both places to have live election coverage on the TVs, and plenty of jeers and cheers from the masses.

KMAC Poetry Slam
KMAC Museum
Free  |  7 p.m.
Or, if you express your anxiety creatively, join KMAC for a special poetry slam. It’s free to attend (and to enjoy the intermission performance by Shaina Day), but it’s $7 to get on stage and speak your mind. And as KMAC says on its website, remember that “the point is not the points, the point is the poetry!”

Stoop Kids, Tsunami Samurai
Zanzabar
$5-$7  |  8 p.m.
While everyone else is freaking out, psychedelic rock / hip-hop band Stood Kids will be jamming out with instrumental surf band Tsunami Samurai. So come get lost in the music, and deal with the real world later (or never if you want).

Pianist Lara Downes
IU Southeast Ogle Center
Free  |  7 p.m.
For those ready to come down off that election-night mania, the IU Southeast Ogle Center is hosting a show with pianist Lara Downes. Downes’ performances “bridge musical genres and traditions” and explore “the elusive but essential American dream,” with works by composers Duke Ellington, Leonard Bernstein and others.

Hot Mess Wednesdays – Open Stage for 8
Play Louisville
Free til 10 p.m.  |  8 p.m.
If you dressed up in drag for the first time this Halloween, and are dying to do it again, this is your chance. Play Louisville, the capital of Louisville’s drag scene, is hosting an open-stage night for eight people only. Just show up in drag, sign up (at 8 p.m. sharp), and have fun with it, even if you do not make it on stage.

Shannon Vetter Album Release with Jack Holiday & The Westerners
Kaiju
$5  |  9 p.m.
Paducah, Kentucky native Shannon Vetter has been in the local music scene for a while, playing in a number of bands. But, recently. he decided to make a solo album, and, to celebrate its release, Kaiju is throwing him a party. Expect to hear music off his new album and a performance by his friends in Jack Holiday & The Westerners.