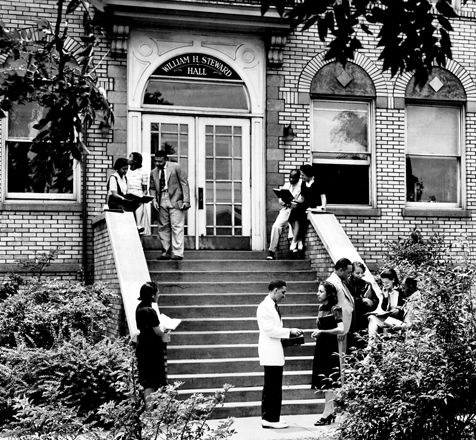 On Nov. 2, 1920, Louisvillians voted on the University of Louisville’s municipal bond issue for using $1 million of taxpayer money to expand its Belknap Campus. The bond issue needed a two-thirds “affirmative” vote for passage, but the bond issue failed by more than four thousand votes.

The University of Louisville’s written history by the University Archives and Records Center states that the university, at the time, believed that only the passage of this bond issue would ensure the university’s future, but the municipal bond was defeated by a concerted effort by the African-American community in Louisville using the power of the vote to voice their needs.

UofL at that time did not accept black students, and yet it was looking for taxpayer money to fund the institution.

According to “The University of Louisville,” a written history of the university by Dwayne D. Cox and William J. Morison, the black community expressed its opposition on the grounds that tax dollars from black Louisvillians would be used to support higher education for white students only. They forced the university and the city to make funds available for African-American higher education if they wanted to see the bond issue pass.

On Feb. 9, 1931, the Louisville Municipal College for Negroes opened under the administration of the Board of Trustees of the University of Louisville, for the purpose of meeting the higher-education needs of the black community. With six faculty members, under the instruction of Dr. Rufus Clement as dean, the school offered a four-year liberal arts curriculum and had an inaugural class of 83 students.

The Louisville Municipal College was one of only three liberal arts colleges for African Americans established in the United States at that time, and it operated for 20 years, with Florence Johnson as its first graduate. The college graduated more than 500 students by the time it closed in 1952.

“This Week In Louisville History”will be a reoccurring, online-only article that runs every Monday, highlighting Louisville people, places, and events that have shaped our city over the last few centuries. John King also writes and edits a world cultural history website called “This Day In Pop Culture.” Suggestions and feedback are encouraged at http://www.thisdayinpopculture.com/p/contact.html