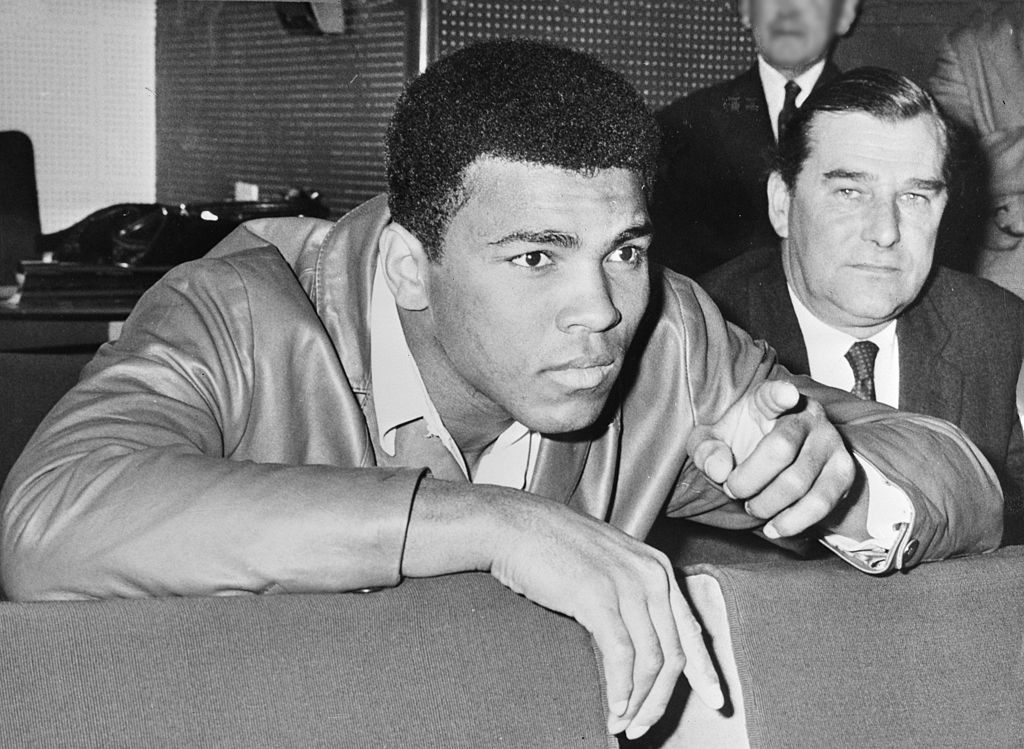 On Oct. 29, 1960, Louisville boxing legend Muhammad Ali (known as Cassius Clay, until his name change in 1964) made his professional debut at Freedom Hall in Louisville, winning a six-round match by unanimous decision against professional boxer and police chief of Fayetteville, West Virginia, Tunney Hunsaker. Also born in Kentucky (in 1930 in Caldwell County), the more-seasoned Hunsaker, whose eyes had been swollen shut during the fight, spoke graciously of his defeat, according to a 1961 article in The Ring Magazine, remarking, “Clay was as fast as lightning” and “I tried every trick I knew… but he was just too good!”

Hunsaker’s boxing career ended just two years later after a knockout punch by professional boxer Joe Shelton left him in a coma for nine days. Hunsaker recovered and continued to serve Fayetteville as police chief for 38 years. He was inducted into the Law Enforcement Hall Of Fame.

According to Ali’s autobiography the two remained good friends throughout their lives. Hunsaker died at the age of 75 in 2005 after a long battle with Alzheimer’s disease.