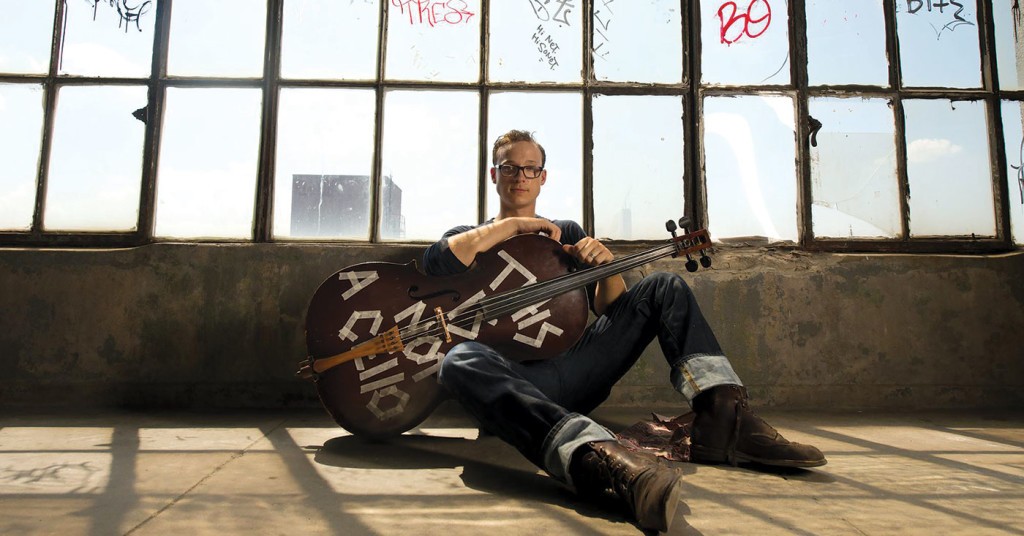 For some of the most off-the-wall and interesting hip-hop, look no further than the codeine-soaked rhymes of Sloe Pink. This is a kind of Robitussin-infused haze, a kind of weirdly lucid dream sort of thing. The end result balances a sleepy vibe with a seething menace, punctuated by creeping horns and detuned bass notes. Joined here by the always-on-point Shadowpact, the trio of emcees paints a picture of drugged-out madness and the kind of braggadocio that always feels well-earned. This is wholly unique and a standout in the Louisville hip-hop scene, which is saying something given the overall output from that community.

A man of many talents and bold ambition, Wood offers a stunning blend of his interests, which range from ambient keyboard to the darkest country. “Threshold” is an absolute gem of a track with the kind of stark beauty relegated to the best of classic country acts including Johnny Cash, or Hank Williams at his most bare, mixed with such contemporaries as Michael Gira or Akron Family. His soft, baroque croon and lazily-strummed guitar underscore a kind of genius here, a less-is-more simplicity that privileges an amazing narrative to evoke a time and place. You will absolutely be transported away.

Hanoi Jane offers up sneering and unfiltered punk that feels alien in 2016. There are favorable comparisons here to the Monorchid or Skull Kontrol that have that kind of classic vibe — poppy, but definitely not pop-punk. It’s hard to listen to this and not get a little reminiscent of your first band. The guitars are chiming and pushed to the forefront in the mix, backed by gang-style vocals that never hesitate or falter. Put this on if you want to bum out that special religious nut in your life with satirical lyrics and the type of music that Tipper Gore would’ve raised hell about back in the day. If Jack Chick, the ultraconservative Christian cartoonist, were still alive, he’d definitely put together one of his comics about how this is what Devil Worshippers would listen to, which is awesome.

It’s hard to listen to epic metal and not picture some kind of scene from a movie or video game, specifically that moment when things start to come together for the hero, just as their real challenge begins. Anagnorsis have that down to a science on Peripeteia, which features some of the heaviest metal going in Louisville, tempered by softer moments and punctuated by samples. On “Night Skies Over Nothingness,” the band goes all in for an almost 10-minute-long burner that manages to incorporate black metal in what, to my ears, may be the most palatable setting yet. Sure, there are blast beats and growled vocals, but the band balances that with a nice shadow and light approach, which skews towards a soft/loud/soft/loud composition, not uncommon in post-rock acts like Isis or Mono. Of course, theirs is wholly metal, which by that I mean intense, smartly contrasted by comparatively tame moments to underscore the bigger beats.

The title track off his newest release sees Sollee teaming up with drummer Jordan Ellis. As always, Sollee uses his cello to create unique pop landscapes, which seem familiar, while eschewing any conventional comparisons. Sollee is a master at his craft, and Ellis proves to be, as well, complementing the cello riffs by finding the groove and running hard with it. There is a passage in the instrumental track that sees the cello transformed, or perhaps merged, with an organ, for a pastoral sound, something relaxing and a little unusual as it falls in the breakdown. There is no solo here, although given the prog-rock leanings of the composition, it’s safe to say the whole track is a virtuosic performance in and of itself.

There is something magic about a demo recording that you just can’t deny. That kind of raw, unprocessed lo-fi that so defined the indie-rock of the early-‘90s — that generation of slackers that did its best to operate in the spirit of the moment is central to That Was A Trip by Antique TV. Featuring members of Tender Mercy and Twin Limb, to name a few, the band is about as unrefined as it gets, and “Pity Party” is a perfect example of that approach. The first 2 minutes or so entirely center around the band warming up, mostly just conversation, which is a fun behind-the-scenes take on what goes on at practice. “Pity Party” is a wonderfully nostalgic indie-pop number with group vocals and a no-nonsense attitude that’s lacking in so much music today.