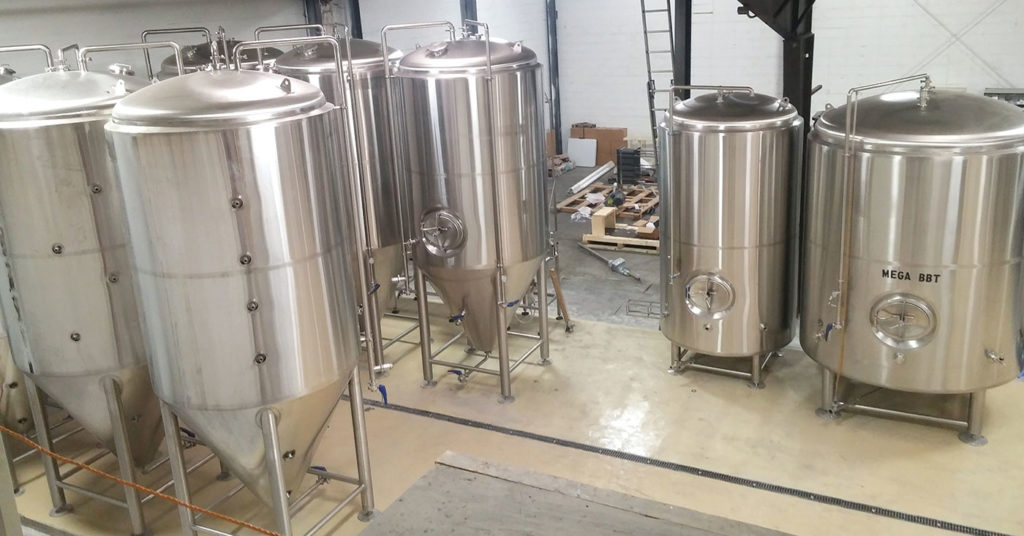 I follow the local beer scene with an earnest curiosity, to the best of my ability. Our brewing scene is ever-growing, and I marvel at this city’s ability to not only produce good beer, but to support it.

Has anyone not been to Monnik Beer Co.? Those guys over there are making some seriously-good product — Against the Grain has led the pack for five years now, but Monnik is doing some special stuff. And I take nothing away from any of the other breweries, or those poised to open in the coming year; I’m just saying that beer lovers in Louisville have plenty to appreciate.

Well, Against the Grain has built a friendship with the Shelton brothers, a trio of East Coast beer importers who have turned a small beer festival into, quite literally, the most-notable annual beer event in America. Er, the world. OK, I’ll add the disclaimer of arguably to that, because there are a lot of beer events.

But what I’m getting to is that the Shelton Festival is happening in Louisville this year for the first time. Getting this festival here further legitimizes our city in the eyes of the national — sorry, make that international — beer community, to the point that I’m not even sure I understand it yet myself.

I had heard of this monstrosity of beer festivals a couple of years ago, but naturally assumed I would never be in a place of proximity to it, unless I got on a plane. And yet, here it is. It will be happening Oct. 28 and 29, with the main location being Copper & Kings Distillery. There will be a multitude of corresponding events, which have already started, leading up to it. Even PT’s Showclub will be hosting a Shelton brothers event. Think about that for a moment.

Furthermore, the beer list for the festival was released just last week, and it’s insane. The aforementioned Against the Grain and Monnik will have beers available for the various sessions, and that is an honor for them both, because breweries from around the world will participate.

Hill Farmstead Brewery of Vermont is listed as the world’s best brewery by RateBeer.com; Hill Farmstead will have beers at this year’s Shelton Festival. Also on the top-10 list is De Garde Brewing from Oregon; it’ll be at Shelton. Side Project Brewing of St. Louis? On the list, and also appearing at Shelton. You get the picture.

Anyway, general admission tickets were still available as of this writing (sheltonbrothers.com), but may not be available for long. Even if you aren’t going, yet are a beer enthusiast, rest assured your city is representing well.

Great Flood Brewing Co. announced in April it would be launching a production brewery, and said the brewery is set to start operating in December. A canning line, a 15-barrel brew system (which dwarfs the brewery’s current two-barrel), and room for expansion are all part of the new facility.

The goal is to get Great Flood beer into retail stores and on taps around Louisville and beyond. Just two and a half years after opening its tiny, but popular, tap room in The Highlands, Great Flood is paving a path to success. It will be fun to watch the growth.

An invention called PicoBrew Pico recently entered the market, and it essentially is a web-based means toward easy home brewing. Don’t feel like grinding grains for malt? Or pitching yeast? Or babysitting your wort? No problem! The Pico will do it all for you — all you have to do is toss in the flavor packets and add the yeast, and Pico does the rest; you can then call your new beer something clever like Mosaic Breach of Promise. It’s like Mr. Beer on very dangerous steroids.

Best of all, you can then tell all your friends you made the beer yourself, circumventing a centuries-old art-cum-science that was created, and then perfected, to help create one of the most perfect beverages known to man, so that we can all be happy. Or you can just buy a six-pack of Bell’s Two Hearted and shut the hell up. Now, you have a choice.

The next sound you hear will be that of me banging my face against my laptop’s keyboard. I love that beer has become so popular, but this sort of thing really annoys me. Pure corporate evil.