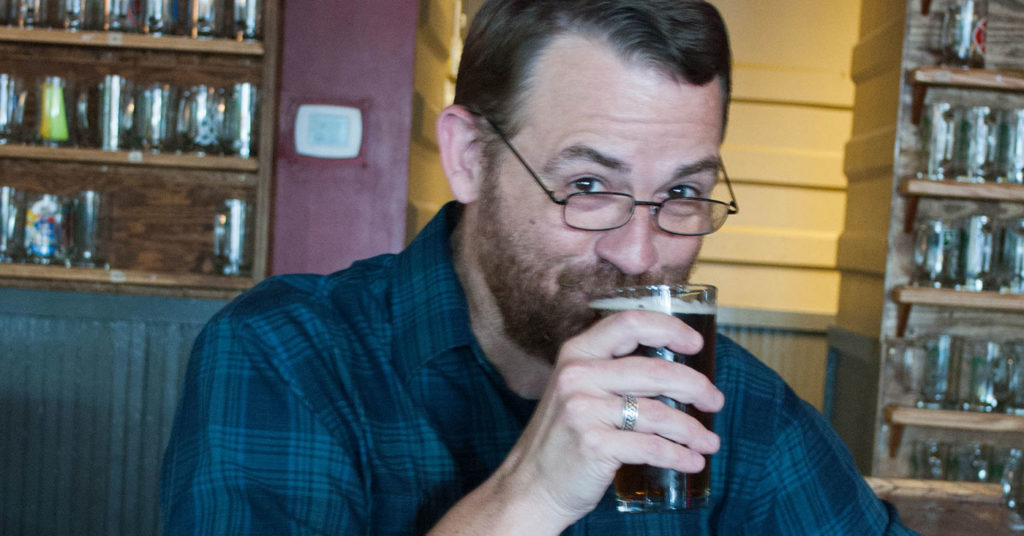 I went to my first beer festival probably nine or 10 years ago, when the Fest of Ales was still young. It was quite an experience to be able to sample that many beers in one place, not to mention, there were plenty of brews I’d never tasted.

Brew at the Zoo was next. And Louisville Brewfest, which just celebrated its eighth year with another fun event at Slugger Field. Now, there’s Tailspin Ale Fest, Highlands Beer Festival, Louisville On Tap and, this year, The Festival, a world-renowned beer fest comes to Louisville. There are others, but you get my point: There are lots and lots of beer festivals, and Louisville doesn’t even have as many as most larger cities.

Personally, I’m a little tired of beer festivals, but it’s because I’ve gone to so many, and because I’ve tried so many beers. At the all-local Brewfest, other than the specialty beers brewed for the event, or those being tapped out on the Overlook, there weren’t many beers I hadn’t already tried. 3rd Turn Brewing’s Brunch Stout was probably the best of the bunch on the main concourse, but I ended up giving away beer tickets at the end of my visit.

In my mind, there are a couple of different types of people at a beer festival: people like me who are looking for something different, and people who either are new to craft beer, or who simply want to get hammered with their friends.

Hey, I get it. The first few festivals I went to, I tried pretty much everything that was handed to me; it got ugly a time or two. These days, if I’m handed a sample of a beer that I find I simply don’t like, I pour it out (discreetly) and go on to the next booth. It saves me from doing stupid things like falling down or soiling my pants.

From a brewery’s perspective, there is opportunity there, because in every beer festival crowd, there’s going to be someone who is on the cusp of loving craft beer. Those are the people a brewery wants to reach — hand them samples of beers that please their palates, and they’re on the hook.

At the same time, because of some rather silly laws in Kentucky, a brewer at a Brewfest can’t pour his or her own beers — samples must be poured by volunteers, who often are just volunteering to get in free and then drink beer when their shift is up. They don’t always know anything about the beer they’re pouring, and they certainly aren’t as passionate about promoting it.

So, are beer festivals great opportunities to promote craft beer, or are they just a series of drunk-fests? I think they’re simply different things to different people. That’s what Uber is for, right?

Against the Grain turns 5, set to roll out more Bo & Luke

Hard to believe Against the Grain Brewery & Smokehouse is 5 years old. The best-known Louisville Brewery, AtG (as it is known) turns out some of the best products in the city, having pretty completely captured the beer drinking audience here.

It recently threw a party to celebrate, and also pulled off another installment of its annual Wild and Sour in America, in which funky beers from all over are paired with food items.

And, coming Oct. 27 is another release of AtG’s barrel-aged imperial stout, called Bo & Luke (yes, after the TV show, “The Dukes of Hazzard”). Bo & Luke release day is sort of like what happens when someone screens the original “Star Wars” for a bunch of nerds — a line forms hours in advance, and it snakes around the building. Seriously, this is some fine beer, it is available only in limited supply and AtG ups the ante by creating small-batch specialty versions aged in tequila, rum and scotch barrels, respectively.

The brewery describes Bo & Luke as “dark, smoky, and delicious,” and that pretty well covers it. The beer rests in bourbon barrels for as many as 120 days before being bottled, and the stuff is so popular that one has to actually register online for a chance to buy a four-pack containing all varieties. Pre-registration opened up Oct. 1, so if you’re interested, check out atgbrewery.com and keep your fingers crossed. Otherwise, open sales of whatever is left happens Oct. 27 starting at 5 p.m.

Prepare to stand in line.