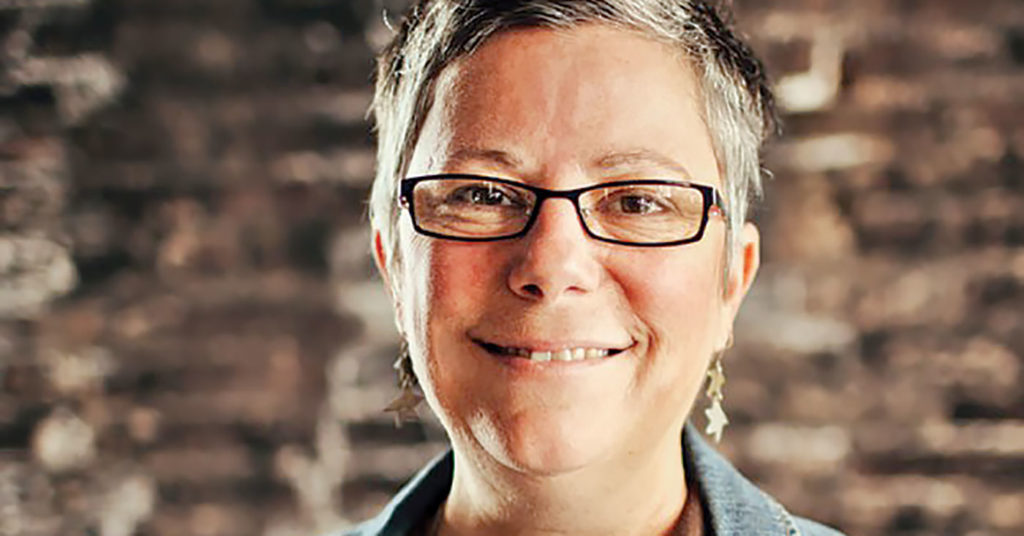 Best Local Blog
Card Chronicle
Card Chronicle, which proudly boasts that it is “Rick Pitino’s 6th Favorite Website,” is definitely my favorite website for Cards-related news. There are plenty of other UofL sports-related blogs out there, but they’re mostly filled with speculation. Card Chronicle is the perfect mix of fandom and facts. —Ethan Smith
#2. Amiri King
#3. Never Nervous

Best Local Writer
Mike Rutherford
As the college basketball editor for SBNation.com and the site manager of the Louisville-centric Card Chronicle, Mike Rutherford, writes longer, analytical pieces that make you think and quick, news-oriented hits that keep you up to date, all while spearheading a website that always has a bunch of content to dive into.
—Scott Recker
#2. Sue Grafton
#3. Wendell Berry

Best Local Radio Personality
Laura Shine
When you think about public radio, you think about Laura Shine. That confident voice you hear on your ride home — that’s Shine doing her thing like she was born to it. Shine is a tastemaker, introducing people to all sorts of goodness during her afternoon-drive spot, keeping you company on the way home after a hard day at it. As the host of “Live Lunch,” she’s hosted local luminaries including Twin Limb and Dr. Dundiff (and by extension tons of local hip-hop), as well as touring acts including Bully and Andrew Bird. In doing so, Shine has helped make Louisville artists part of the national conversation by bringing them to the widest possible audience alongside your favorite up-and-coming indie acts. —Syd Bishop
#2. Kelly K.
#3. Carter Mann

Best Local Radio Station
WFPK
About a decade ago, I left town on what I’d intended to be a bit more of a permanent move out of state. Keeping me company on my way was WFPK, specifically a show hosted by then-host Kim Sorise. I made it to Evansville, Indiana, before it left me, and I felt a little sadder for losing it. While there are a lot of great choices in local radio, none quite touch as many ears as does WFPK. While its live lunch series exposes the best in music, local and beyond, in an intimate setting, Waterfront Wednesday makes hump day a day to remember. For anyone looking to explore music, there isn’t a better and more accessible resource than WFPK. —Syd Bishop
#2. WFPL
#3. WHAS

Best Local TV Personality
Dawne Gee
I won’t lie to you, I’m not the biggest fan of local TV news. But, by golly, I will watch anything when Dawne Gee is on. Whether it is Thunder, Derby or some other big event around town, I tune in to hear Dawne Gee tell me about it because she is as real as they come. —Ethan Smith
#2. Terry Meiners
#3. Rachel Platt

Best Local TV Station
WAVE3
In Louisville, a town crazy for local news, this is quite a feat. The competition is intense, with three other gritty competitors in WHAS11, WLKY, and WDRB. But the voters have spoken, and WAVE3 is 2016’s winner. What put the team over the top? Was it “Touchdown Friday Night”? Exhaustive weather coverage by the Storm Tracking Team, featuring Chief Meteorologist Kevin Harned? Heck, it could simply be the popularity of the inspirational Dawne Gee. Whatever tipped the scales, WAVE3 takes home the trophy. —Kevin Gibson
#2. WDRB
#3. WHAS11

Best Local Website
Insider Louisville
Big cities including Louisville used to have at least two newspapers, one delivered in the morning, and the other, in the evening, and they would publish extras for major news outbreaks. Now, with The Internet Machine, we are back to that almost-continuous news cycle, and Insider Louisville — an online-only publication — has done well by embracing the urgency of the web, in addition to exploiting the luxury of never running out of space. Its website is a go-to for people interested in finding out first about the newest restaurant or latest business dealing. —Keith Stone
#2. Card Chronicle
#3. LEO Weekly

Best Place to Pick up a LEO Weekly
Heine Brothers’
As a reflection of you, LEO readers, and your intelligence and sophistication, you not only love Heine Brothers coffee (see Best Coffeehouse), but you love to read LEO there. It is truly a match made in heaven. Well, it’s more like a menage a trois — you, Heini Bros and LEO — but, hey, it’s Kentucky … that won’t be the weirdest thing that goes on this week. Anyway, Heine Brothers serves excellent coffee at 13 locations, great places for enjoying alternative reading. —Aaron Yarmuth
#2. Qdoba Mexican Eats
#3. Liquor Barn

Best Twitter Feed
Amiri King
If you take a few minutes to scroll through Amiri King’s Twitter page, you’ll see exactly why he was voted this year’s LEO Readers’ Choice winner. It’s an unfiltered, uncensored glimpse into one of YouTube’s most-talked-about contributors. It’s filled with absurd moments and conversations from King’s everyday life (some of which are exaggerated, while others are fabricated entirely), as well as hilarious one-liners that may not always fall into the politically-correct safe zone. King’s very specific worldview allows his followers to participate in a hysterically honest conversation about society, politics and life as they happen in real time. —Brent Owen
#2. Card Chronicle
#3. Louisville Humor