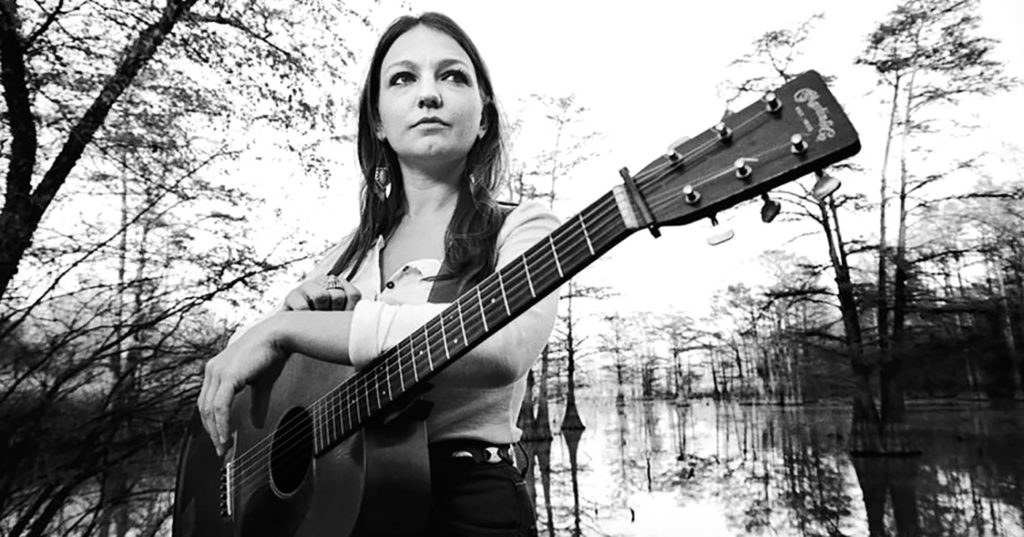 Kelsey Waldon, a Western Kentucky native and Nashville transplant, plays the sort of throwback honky tonk that’s attached to another era, but she captures the sort of directness that carries the same kind of believability and subtle intensity as the musicians she reminds you of. It probably has more to do with the lyrics than the pedal steel, as she spins stories on the darker side of the country spectrum — even when her songs lean slightly positive, they still carry an inherent sadness. Before Waldon plays Haymarket Whiskey Bar, we caught up with her to talk about how her recently-released sophomore record is different from her debut, covering a Bill Monroe song, and how moving to Nashville has impacted her music.

LEO: On what changed from The Goldmine to I’ve Got A Way.

Kelsey Waldon: With The Goldmine, it was a similar mindset, but also really different, because I was so purely excited to make my first LP. So, we didn’t have any pressure really, there were no expectations — I only had expectations with myself. So, we were just putting it out for the art of it. The first one took a lot longer. And I was at a completely different place in my life — a lot of [the songs on The Goldmine] were written three or four years ago. I think it was a lot less introspective than the new record. I think a lot of [I’ve Got A Way] dealt with personal struggle and who I was trying to become as a person. I think a lot of the themes on the new record, I wanted to be positive, mostly just being true to yourself and letting go of things. I’ve Got A Way was recorded very organically. [The entire band] recorded in there together and we went by pure energy. Even if the tempo was wavering on some things and it wasn’t perfect — we went with what made us feel excited when we heard something. So that was different, and I really wanted this album to be more like air moving in the room. I think we achieved that.

On how the new songs have transitioned to the stage.

I think the new songs have a completely different energy. They’re so much fun to play. I’m pretty picky about band members, so, depending on who is playing, they can add this whole new inspiration to it live. I can get pretty bored playing things the same way. It’s been a pretty easy transition, live. I think once we locked it in, we can only grow from there.

On how bluegrass had an influence on her from growing up in Western Kentucky.

Bluegrass was definitely a huge influence on me. I was taken by that at a pretty young age — it was probably in high school when I heard Bill Monroe and Keith Whitley. There is honestly so much great music that has come from Kentucky. It seemed to agree with me.

On covering Bill Monroe’s “Travelin’ Down This Lonesome Road.”

I’ve been thinking about doing that song for a long time. I’m always planning ahead a little bit — I knew I wanted to do it, but I wasn’t sure exactly how I wanted to do it. I basically came in with the arrangement, chord wise, with just acoustic guitar. Then the guys added a little bit and we all kind of collaborated. I told them my vision for it and what I heard in my head sonically, so it kind of organically happened.

On moving to Nashville.

Nashville has impacted me greatly. The community has been super supportive. I definitely got my ass kicked here in a way, as well, in past years, when I first moved here. Everybody is just so good. It can be a little jaded at times, but I think if you get in the right scenes there are a lot of like-minded folks.