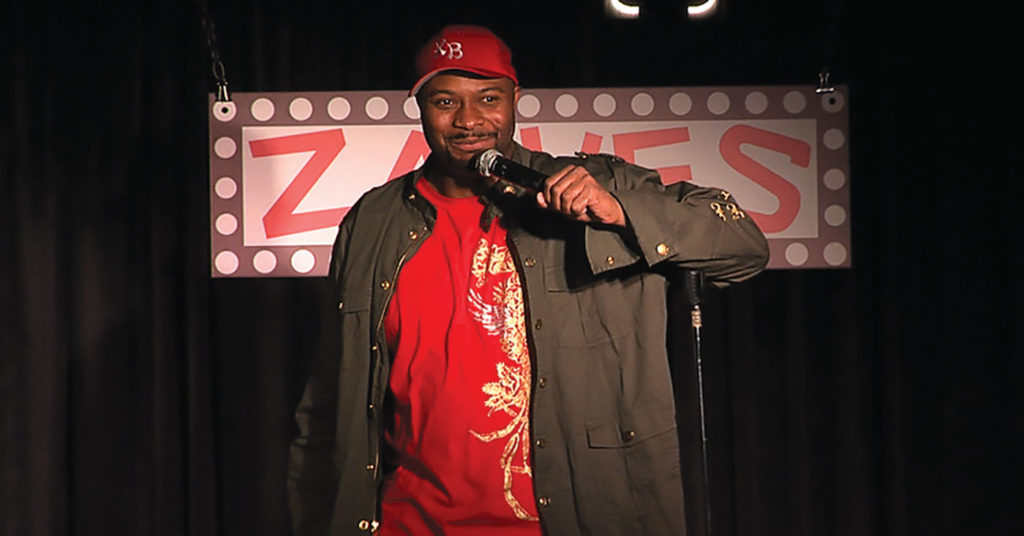 Kevin Bozeman is a Chicago-based comedian who hails from a big family, is a big sports fan and comes with big laughs. He is a former college athlete who played basketball at Division III University of Wisconsin, Whitewater — which explains his passion for athletics, a topic that he takes on weekly on his sports-themed podcast, “Ball Hog.” Bozeman was a finalist at the “HBO Comedy Competition,” and he has been on Comedy Central’s “Premium Blend” and NBC’s “Last Comic Standing.” Bozeman returns to Louisville this weekend as the headline performer at The Laughing Derby.

LEO: Looking back do you think you were a funny kid?

Kevin Bozeman: I was always a funny kid, but I wasn’t the class clown. I picked and chose my moments to be funny. I would never run around doing goofy shit just to get attention. I was able to get laughs at the right time, so teachers would still like me.

So you had natural comic timing?

Yeah, I’ve always had comic timing. I’ve always had a natural knack for comedy, so I didn’t have to sell my soul for laughs. I hate people who do that, by the way, sell their souls for comedy. I mean, my soul is definitely for sale, but not for laughs. I’m not going to sell my soul just to get people’s approval. There are much bigger and more important things to sell your soul for.

Where do you think your sense of humor comes from?

I come from a giant family, I’m the youngest of 10. I had to be funny just so they’d remember to feed me. I’d crack a joke just to get a pork chop, or something put on my plate, otherwise I’d miss out on a meal. So yeah, I think coming from a big family had a profound effect on my sense of humor.

Has living in Chicago affected your comedy?

I think no matter where you’re born, or grow up, it’s going to affect your comedy. But being in Chicago, performing around, and with, such amazing comics does force you to step your game up. There’s a lot of improv here, too, and a lot of people do both, which is great for stage-time, because any stage-time is good. I personally don’t do [improv] because I think stand-up is like the grass roots of live performance and way more challenging. Regardless, I love that it’s here, and I think it makes the comedy scene in Chicago that much more diverse for all of us.

Your podcast ‘Ball Hog’ merges your love of sports and comedy.

Yes! It’s so much fun. I love sports. I played basketball in college, but growing up I played neighborhood sports. We played all sports. Kids don’t play on sports teams — unless they’re organized or a traveling team that’s going to get them to an end goal — anymore. You have to drive them to practice, pay this money and buy uniforms. Kids don’t just go outside and play ball until the sun goes down anymore. It’s sad really.