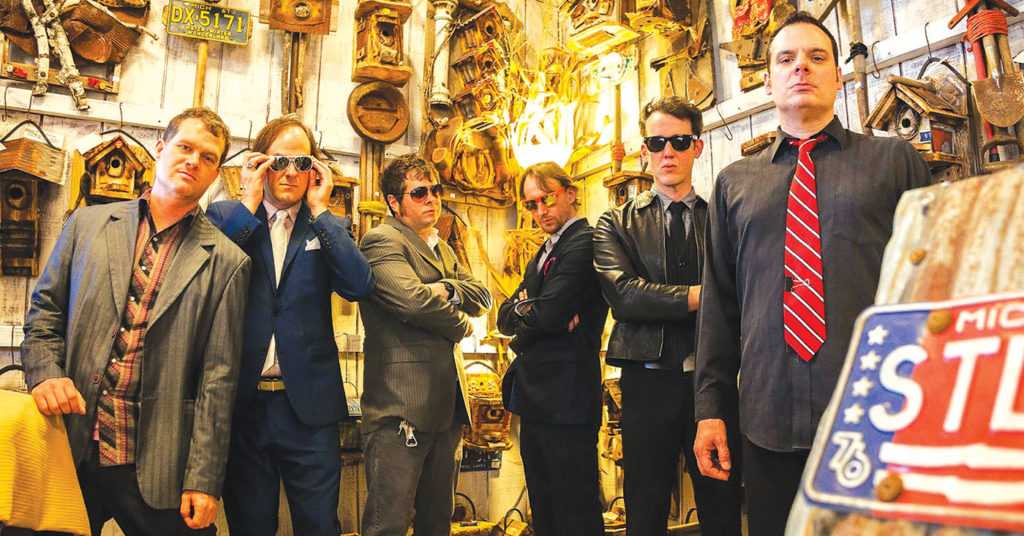 Dick Valentine is the frontman for Detroit funk-punk band Electric Six. Their first album, Fire, was released in 2003 to critical acclaim. Their 12th album in 13 years, Fresh Blood For Tired Vampyres, will be released on Friday, October 7.

LEO: The new record seems to be a departure from your 2015 LP Bitch, Don’t Let Me Die!, as it has more of an electronic/early hip-hop theme to it.
Dick Valentine: Well, we went into this recording process without a studio drummer, so we knew that we were gonna use drum machines and such. And we’d always talked about doing a more “urban” record at some point. So this was the time for that. We had just done a more classic rock record with the last one and we always try not to repeat ourselves from album to album.

Detroit is a different landscape musically than it was in the early ’00s — Eminem was shocking the world, the White Stripes were throwing some magic back into rock ’n’ roll, Detroit Cobras were getting airplay. What impact did that have?
I guess we thought every town in America had a robust local music scene. It wasn’t until we started touring that we realized what a unique place Detroit is. As far as the music scene goes, it’s as robust as it ever has been, as far as I can tell. You might not be seeing as many acts getting bigger on a national level, but that’s more an indictment of the music industry as a writ large and not as much to do with quality of Detroit music.

Jack White brought Third Man Records back to Detroit. How has that affected the music scene?
Third Man Detroit is already having a massive impact on the Cass Corridor comeback. I also know that as a vinyl pressing plant, it’s alleviating some of the pressure to supply what’s an impossible-to-meet demand these days. One thing I love about Jack is how single-minded he’s remained about music despite how much money he’s made and how long he’s done it. If I had his bank account, I’d have fucked off years ago and moved to Costa Rica. The guy absolutely means it.