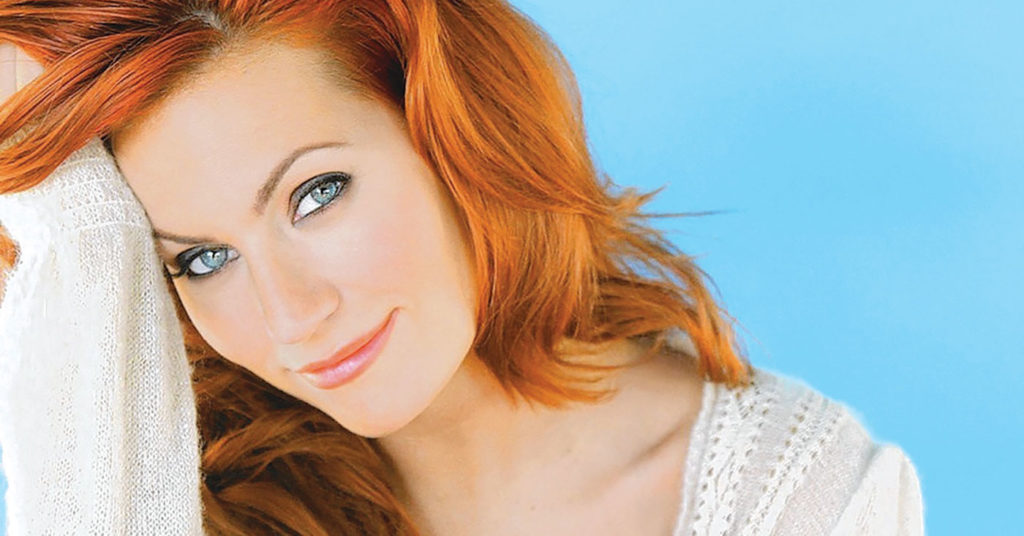 There are very few people in the world who are all at once hilarious and beautiful and can cuss like a sailor. April Macie is one of those people. She is a straightforward stand-up for whom nothing is sacred — her private life, her family, her bedroom — it’s all out there in the open for everyone to see. It’s a fearlessness that is refreshing and has made her one of the most popular performers in Los Angeles and around the country. Macie was a finalist on NBC’s “Last Comic Standing,” as well as having been featured on E!, Fuel TV, Sirius and XM Radio and “Access Hollywood,” along with many other television appearances. She was featured in the documentary “I am Comic” and on Showtime’s “Vegas is my Oyster.” This weekend, Macie returns to Louisville to perform at The Laughing Derby.

LEO: What in your life most influences your sense of humor?

How old were you when you knew you wanted to do comedy?

I watched a lot of comedy growing up. My grandparents and my aunt passed away in a very short time span, so I felt like there was a lot of grieving in our house — and then comedy shows would come on, and I was able to use those to escape for a little bit. But I didn’t know I could actually do comedy, because I didn’t see anyone on TV that actually looked like me.

Do you remember going on-stage for the first time?

Yeah, it was The Comedy Store in Los Angeles, and I don’t think I had any material. I just knew I wanted to get on stage. I had to show up one week and draw a number to be on the following week’s show — which was good because it gave me a week to write material.

Did it go well?

It did, but I brought a lot of friends, and that gives you a false sense of comfort when everyone’s laughing. I went on the second time and didn’t bring anyone, and I ate it.

What’s the worst side job you had when starting out in comedy?

There were so many. My first job in high school was a clown’s assistant. I worked at Hooters. I was a nanny. I worked at several talent agencies around Hollywood.

Did you say ‘clown’s assistant’?

That was my first job. Basically I went to kids’ parties and dressed up like Super Mario and worked various bouncy castles. I was basically a carney when I was 15, working for funnel cakes and six bucks an hour.

Sex is a big part of your material. Was that something you talked about from the beginning?

You know, it was. I think it’s crazy that we live in a society where violence is so accepted — but the idea that sex is considered dirty, the one thing in the room everyone does. I just don’t understand why people would attach shame to the one common denominator in all of humanity.

So you don’t think it’s anything you’ll ever get tired of talking about?

It’s not all I talk about on stage, of course, but I do find it fascinating how puritanical we are, and how desensitized to violence we are.

Do you find sex to be different now than when you were 18 years old?

Of course. You’re far more comfortable with yourself as you get older — and I think when you’re 18, you kind of feel like you’re just there for men’s pleasure. I just think the amount of shame that is attached to sex is a large part of why a lot of women have low self-esteem. When someone is telling you to suppress a part of who you are carnally, of course you’re going to have low self-esteem.

I know you’re not really a political comic, but have you written any good material from it at all?

It’s funny: I was on four continents in September, and across the board, we look like real dummies. I mean, they’re all fascinated by it, but they’re also a little scared. If you have a president like [Donald] Trump, it’s going to change the world, and not necessarily in a positive way. It really is scary and a little embarrassing, because no one understands. You go to France or Switzerland or Australia — I was in China and Thailand — and none of them understand how this is happening in America.