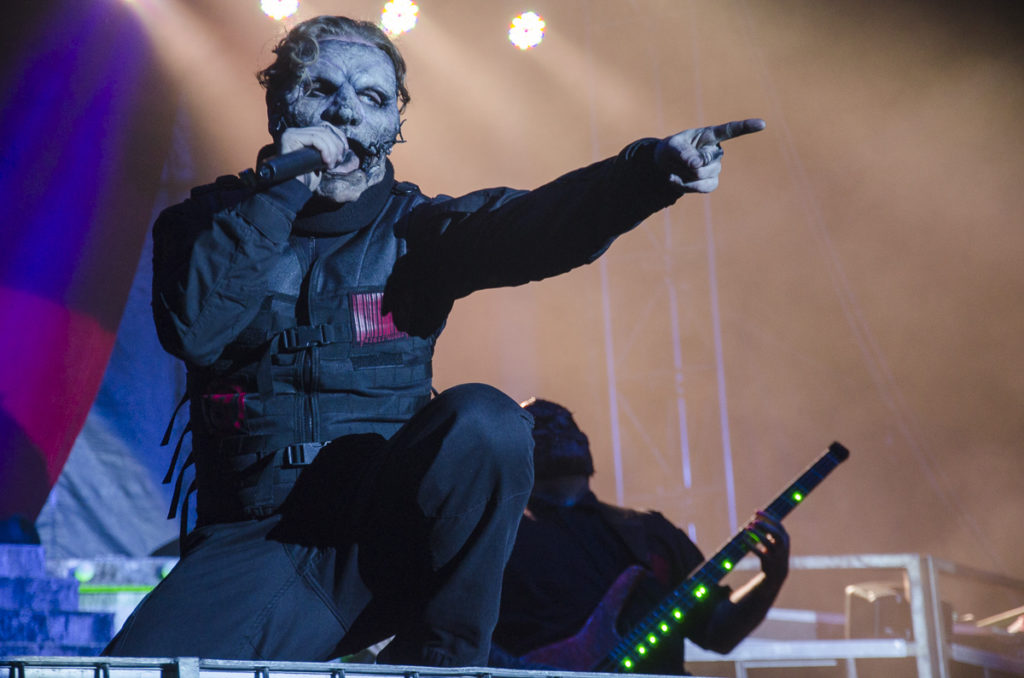 [All photos by Nik Vechery]

In its third year, Louder Than Life returned with nu-metal radio staples (Korn, Slipknot), hard-rock favorites that lean a little more to the underground side of things (The Cult, Ghost, Slayer) and a group of Rock & Roll Hall of Famers who continue to transcend their studio work on the stage with Cheap Trick. On Saturday, The Cult’s late afternoon set of big, no-frills, semi-psychedelic rock lived up to their legendary status — they, like Cheap Trick, weren’t the heaviest or most-aggressive band there, but, in terms of attitude and energy and stage presence, they were unmatched. Speaking of Cheap Trick: I now understand why they were booked at a predominately metal festival — they are a lot more evil-sounding live, playing with the sort of heavy-handed power-chord swagger that veered into much more grittier territory than the majority of their studio work. They played a medley of the Velvet Underground’s “I’m Waiting For My Man” and “Heroin,” with guitar work that sounded something straight out of Motörhead’s playbook. Anthrax’s Scott Ian joined them for “Auf Wiedersehen.” It was my favorite performance of the night. Afterwards, Slayer was predictably excellent, and while Avenged Sevenfold is not my thing, they seemed to make a lot of people happy, which is the whole point of this sort of event.—Scott Recker

Louder Than Life 2016’s unsung hero was the Zorn Stage. Despite the fact that it was on the complete opposite side of the festival from the two main stages, condensing the secondary stages down into one stage was the right move for the festival. It housed my favorite acts from this year, from having crunchy fun with Cheap Trick to going to Valhalla with Sabadon to just throwing caution to the wind with Zakk Sabbath and Clutch. Don’t get me wrong: The main stages are great as well, but if you attend Louder Than Life next year, you should take a few more walks down to the Zorn Stage and see what’s going on.—Nik Vechery