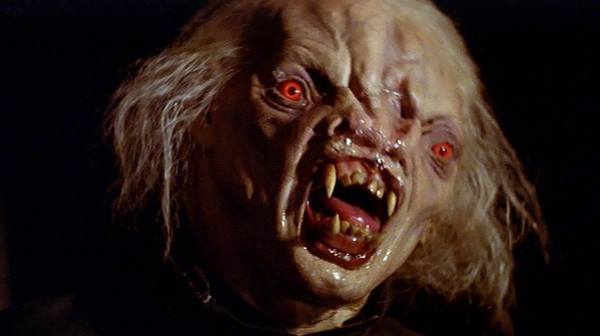 Still from the film "The Funhouse."

“Journey” by Donna Stallard (ends Oct. 22)
Arts Council of Southern Indiana
Free  |  10 a.m.
This is also your last week to see “Journey” by Donna Stallard, whose latest series of printed works is inspired by recycled or reclaimed boxes. Stallard said her generation of artists were trained using very toxic materials, which is why she has made it a point to use environmentally-friendly material in her art.

KMAC Poetry Slam
KMAC Museum
Free to watch ($7 to Slam)  |  7 p.m.
With the state of current affairs, everyone has a lot of, let’s say passion, that needs a healthy outlet. Thankfully, this week is the KMAC Poetry Slam, a chance for anyone who wants speak their mind, in rhythm and rhyme, to take the stage (for $7). There will also be an intermission performance by Shaina Day, and KMAC asks that participants remember “the point is not the points, the point is the poetry!”

Black God, Birds in Row, Mercy Ties
Modern Cult Records
$6  |  7 p.m.
Enjoy some hardcore rock this Wednesday at Modern Cult Records with musical acts by blitz-rock punk band Black God, hardcore band Birds in a Row (all the way from Laval, France), and the chaotic hardcore band Mercy Ties.
White Reaper Creeper Feature: “The Funhouse”
Dreamland
Free  |  8:30 p.m.
It’s a bit hard to get into the Halloween spirit this year since the weather is so unseasonably hot. But Dreamland, along with local band White Reaper, hope to change all that with a screening of the 1981 cult-classic film “The Funhouse.” A horror film directed by Tobe Hooper, who also directed the original “The Texas Chainsaw Massacre” and “Poltergeist.”

Anime Movie Night
Kaiju
Free  |  7 p.m.
Enjoy some anime goodness at Kaiju this Wednesday with free popcorn (as long as supplies last) and screenings of “Patema Inverted” at 8 p.m. and “Millennium Actress” at 10 p.m. And, for you diehard anime fans out there, show up early (at 7 p.m.) for a meet and greet.

Louisville Bespoke Fashion Event
1403 Rowan St.
Free  |  5 p.m.
Update your fall clothing at this fashion extravaganza hosted by “Project Runway” contestant and all-star Gunnar Deatherage. There will also be purchasable clothing and accessories by over 22 local designers, a runway show with more than 60 models, food trucks, a cash bar and a chance to mingle with Louisville’s most-stylish citizens.