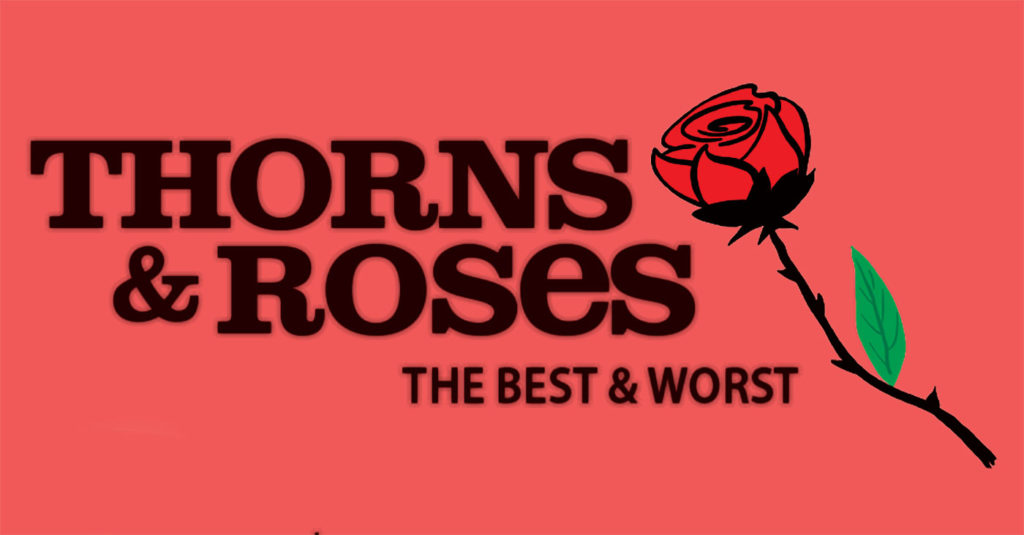 what the bloody?!  |  Thorn
Gov. Matt “Oblivious” Bevin told like-minded  über-conservatives in Washington, D.C., that if Hillary Clinton is elected, the nation would face a possibly bloody recovery. “Whose blood will be shed? It may be that of those in this room,” Bevin said. “It might be that of our children and grandchildren. I have nine children. It breaks my heart to think that it might be their blood that is needed to redeem something, to reclaim something that we — through our apathy and our indifference — have given away.”

civic leaders gone bad  |  Thorn
The Courier-Journal’s Andrew “Scoop” Wolfson broke a great story last week about how civic and business leaders were attending a fundraising soirée in town for the NRA this week, at the same time “Louisville struggles with escalating gun violence.“ (We must note that next to this story on The CJ’s Whac-A-Mole of a website flashed an ad for a gun seller’s “Annual fall sale!” Shooting irony!)

civic leaders gone good  |  Rose
Filed under “Leaders actually leading,” the C.E. & S. Foundation and the James Graham Brown Foundation are threatening to cut off grants to the UofL Foundation, unless it conducts a forensic examination of the books. And then the trustees voted last week to sue the foundation, unless it is audited. In another scoop, Wolfson reported that the UofL endowment slid by about 19 percent from 2006 to April, under the (poor) direction of foundation President James “Fill my pockets with gold” Ramsey.

UK can’t handle the truth  |  Thorn
Attorney General Andy “Dragon-slayer” Beshear said he is going to court to force UK to let him inspect documents in an open-records dispute. He sides with the student newspaper, which also wants access to the records on sex-assault allegations against a professor. UK says it is protecting the alleged victims. Beshear said UK must follow the open-records law. “What does it say that the institutions that we trust to educate our kids, that are supposed to push for high ideals, seek knowledge and search for the truth are the ones that are hiding it?”