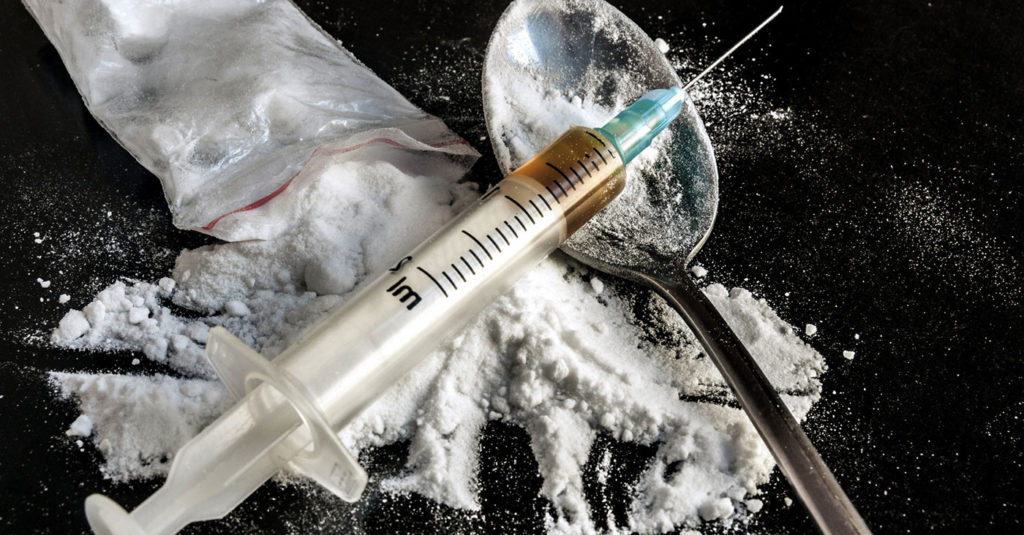 A confluence of badness hit Louisville this summer with the common theme of more. More heroin, made all the worse by a resurgence of HIV and hotshots laden with deadly fentanyl. More homicides, driven by heroin and rising gang warfare, now acknowledged publicly by city officials. More unusually wet and hot weather, perhaps caused by climate change (we are not scientists, but…). More heartache, with the death of Muhammad Ali, our hometown hero nonparallel, and friends from heroin. And more hate, stock in trade of a new, activist governor whose Twitter and selfie addictions are eclipsed only by his arrogance and tone-deaf politics. And then we had a sucky backyard-growing summer, producing a harvest of angry tomatoes.

Thousands of miles away in a clandestine Chinese factory, untrained hands produce the poison that’s killing our loved ones.

Heroin kills. But cutting it to maximize profits with the synthetic opioid called fentanyl is now killing fiercer and quicker. Ten states, among them Kentucky and Indiana, account for 80 percent of the cases in which fentanyl has been seized, federal officials say.

With no oversight or regulation, workers in China formulate this black-market fentanyl, originally produced to dull cancer pain. It can be over 70 percent more potent than heroin. Makeshift labs in the Asian nation produce roughly 90 percent of the synthetic opioid arriving here, according to the Drug Enforcement Administration.

Traffickers ship it to Mexico, where smugglers transport it across the border. The drug then makes its way to the streets of American cities, including in Louisville, where it is causing an unusual number of overdoses and deaths.

The monster of heroin has transformed into the devil seemingly overnight.

During one Tuesday alone in August, Louisville EMS reported responding to 28 overdose calls. As of last Thursday morning, Louisville police said, 143 have died so far this year from trying to get their next great high. For all of 2015, that number was 121.

“The recent spate of using fentanyl, or carfentanil, has only made using a dangerous drug more dangerous,” said Anthony Riedlinger, supervisory special agent of the Organized Crime/Violent Crime Squad in the FBI’s Louisville field office. “This stuff wasn’t good for you to begin with, and now it’s worse.”

Addicts know the dangers, but some even seek out the laced heroin.

“They’re never quite able to reach that euphoria that they had the first time. So they’re always looking for something a little stronger,” Jim Scott, the resident agent in charge of the DEA’s Louisville District Office, said. “It’s trying to walk that tightrope of not going too far and killing yourself, but getting the biggest high you can get.”

For some addicts, there’s a feeling of invincibility, said Amanda Hall, the women’s program director at The Healing Place, a local addiction recovery center. She understands the struggles of those who seek sanctuary at the center. She got caught in heroin’s grasp, too, but, thanks to The Healing Place, has earned her sobriety.

“Opiates are a beast,” Hall said. “I truly believe I would have been dead now if I hadn’t found the solution, if I hadn’t found help at The Healing Place, because I would absolutely be doing this heroin that’s been going around right now … I didn’t know anything different.”

After factories in China produce the fentanyl, crime syndicates and South American gangs, generally, broker the deals and bring the illicit drugs to the states. A network of middlemen and dealers then deliver the heroin to the buyer. Fentanyl can either be added when in Mexico, or later by dealers here in the U.S. This lacing serves several purposes.

Because they both are opioids, they produce similar highs and physical effects, making them a good pairing. From a pure price factor, fentanyl is less expensive to make than is heroin.

“Heroin is an agricultural product. It takes time to grow it and cultivate it along with land to do that, and monetarily, it’s expensive,” said Webb. “With fentanyl, it can be made up in a lab and a factory, and so there isn’t agricultural need and time. They can produce a product much more quickly and probably a lot cheaper.”

So cartels, or other distributors, decide to cut the pure heroin with the cheaper fentanyl and essentially double their inventory. It’s called making two out of one. Buyers pay the same amount for the kicked-up blend, allowing the suppliers to increase their profit.

Overdoses can occur when addicts don’t know synthetic opioids have been added. Far less of the drug is needed to get high. Those who mistake it for a usual dose of heroin oftentimes inject too much, resulting in an overdose.

“It’s playing Russian roulette,” Webb said. “Getting illicit drugs anyway is dangerous, but this is even more so.”

Police investigate many overdose deaths like homicides. If possible, they can track back bad heroin to suppliers. Federal sentencing enhancements then can be applied or used as leverage to reveal higher connections.

Minutes can mean life or death to a person who has overdosed on an opioid, especially those laced with fentanyl. Initially, those affected may become drowsy, or take shallow breaths, soon after taking the drug, followed by a comatose state. Unable to get oxygen to their tissues, their bodies may become an ashy-blue. Eventually, they’ll stop breathing.

While unconscious, people in this state may aspirate on their own vomit.

“We’re talking about minutes for these patients to overdose,” Webb said.

She urges others to call 911 if they believe a person may be overdosing. Paramedics can use naloxone to help counter the overdose, greatly increasing the chances of survival. Until medical personnel arrive, place the patient on the left side to prevent asphyxiation. If they’ve stopped breathing, start CPR. The Good Samaritan Law, protects those who call 911 from many forms of prosecution for their own illegal drug activity.

“We’re encouraging you to get help. You don’t have to fear arrest and law enforcement in that situation,” Webb said.

While education continues, the epidemic is far from over. More deaths will come. “This is more of the beginning of what we’re expecting,” Webb said. •