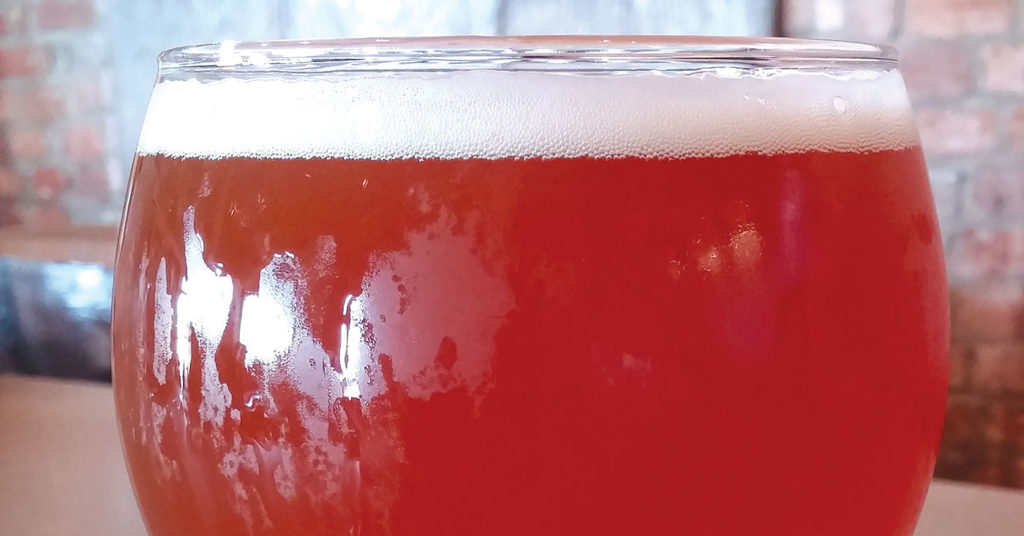 “Evidently, it would need to already be out now, according to marketing trends,” she said.

She is among the few who won’t, if these trends are indicative. It seems every year that pumpkin beers just get more and more pervasive, like a million pints of pumpkin pie, sans whipped cream. It’s amazing there isn’t a national shortage of cinnamon, nutmeg and clove every October.

Of course, pumpkin beer was an American staple in the colonial days. But it wasn’t because it was trendy, or people loved cinnamon and clove (which weren’t involved then). It was because pumpkin was more or less considered a weed. It was so plentiful, that it was almost a last-resort food, and it was used to make beer because malts were in short supply, and the meat of the pumpkin would ferment well enough to make beer.

But, in large part, the modern stuff is gimmicky. I suppose some of it is pretty good, but how much of it really tastes like beer? Depends upon who you ask, but to my palate, most of it tastes just like some sort of spiced malt bomb. Or a liquid fruitcake. I can’t stand the stuff. Neither can Dylan Greenwood, brewer over at Falls City Brewing Co.

“I thought it was a fad, but they seem to be here to stay,” he conceded. “I get that people like them; the only reason the pumpkin beer thing is annoying to me is because it overshadows my favorite seasonal style, Oktoberfest.”

For the uninitiated, an Oktoberfest beer does not have pumpkin in it. Never did. Never should. To celebrate fall this October, I’d much rather have one of those. Or five.

Ales for ALS
Goodwood Brewing is a local participant in Ales for ALS (AlesforALS.com), a national, nonprofit initiative created by a pair of industry hop suppliers, with the goal to support research leading to a cure amyotrophic lateral sclerosis, or Lou Gehrig’s Disease.

The organization invites specific breweries around the country to participate, providing a special blend of hops. Each brewery brews a special beer with the hops and then donates a portion of the sales to ALS TDI, a world leader in ALS research.

Goodwood recently tapped its appropriately named Ales for ALS IPA, and only has a few kegs, so get there soon if you hope to try it. It’s a pretty good IPA, and given the interesting blend of nine hops at work, it’s got a nice, clean bitterness while being very drinkable. I have already enjoyed a couple of them.

How to be a beer writer
Fancy yourself a beer writer? Well, there is a symposium where you can go listen to beer writers talk about being beer writers so you yourself can become a beer writer. Something like that. Or at the very least you can make better observations as you climb the levels of Untappd (untappd.com).

The symposium is Sept. 30, 10 a.m.-5 p.m., at the University of Kentucky, and it’s called, “Craft Writing: Beer, The Digital, and Craft Culture.” I attended the kick-off event two years ago, and while it was hit and miss, there were at least two compelling speakers.

Some of this year’s speakers include Joseph Tucker, executive editor of RateBeer.com; Heather Vandenengel, who writes for AllAboutBeer.com and BeerAdvocate.com, and Jeppe Jarnit-Bjergso, author, brewer, and owner of Evil Twin Brewing.

It’s free, and anyone can go. Just register at craftwriting.as.uky.edu.

Budweiser never sleeps
A press release from Budweiser came to LEO back in August with the opening pitch saying, in part, this: “With Labor Day weekend nearly here, I’d like to suggest a trending lifestyle story … a new national study that dares to ask the toughest questions about America’s most flag-waving, beer-drinking, and charcoal-grilling end-of-summer holiday.”

In the survey, the startling “fact” is revealed that 98 million Americans (or 44 percent of “barbecue-goers”) will drink “an ice-cold domestic beer like Budweiser,” while only about half that will drink an “imported beer.”

Imported? So our only choices for holiday drinking are something “like” Budweiser and something “like” Corona Extra, which is America’s most popular import? Not all domestics are created the same, guys. Ditto the imports. Might want to be more specific next time.

Anyway, first I laughed, and then I considered throwing a large rock at my computer screen.

But I do hate to waste a perfectly good rock. •