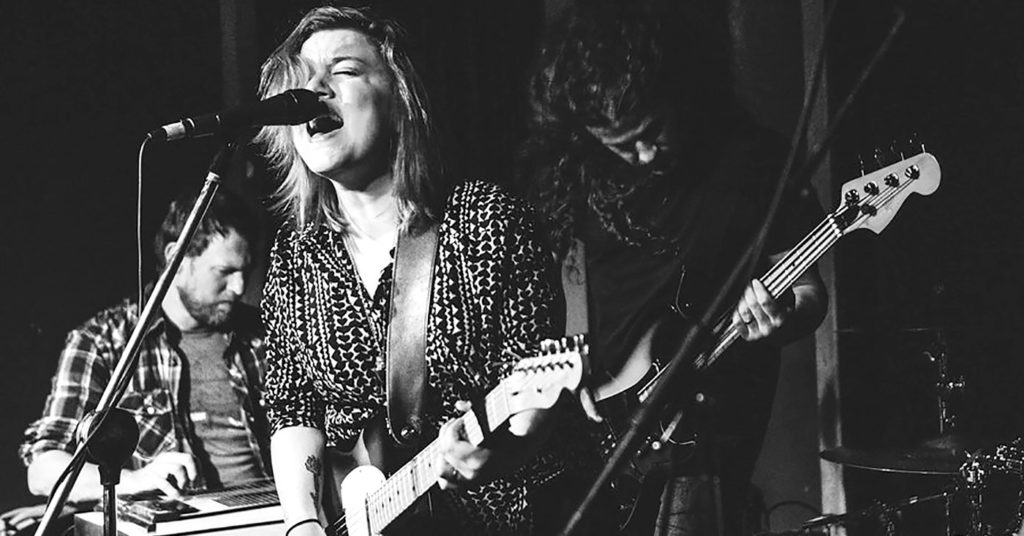 Lydia Loveless’ determined style of communication pierces the prettifying veils of many well-meaning folk/Americana musicians. Right at the start of new album, Real, “Same to You” offers lyrical honesty and anger, but then slashing electric guitar hijacks the melodic dialogue. Over the course of these 10 tracks, Loveless is leaving behind some of her earlier cowpunk tendencies, although there are still welcome threads that derive from country. But the arrangements now feature pointed elements that run closer to pop. For example, rapid-fire synth-swirl fills and varying percussion punctuation.

What’s most breathtaking about Loveless stems from her emotion-forward writing. Her songs can flourish in a number of settings, but she’ll never be slick. The new songs came to her while on tour, as she recently shared with LEO: “Being on the road is sorta like a three-month form of meditation … it’s kinda the most alone you’ll ever be with a bunch of people. You sit in the van and write, go backstage and write, meet people and have weird, drunken conversations — so it’s a really good place for me to create. There’s not as much time to work on things — but it’s a place to keep growing.”

Other songwriters might be appreciated for their sly asides, but Loveless won’t let herself be limited to anything less than clear-eyed views that are sometimes wicked. When asked, with her songs being deeply personal, if there’s ever any discomfort onstage, since her husband is in the band, she said, “As an artist, I don’t really clear my lyrics with people, so I guess that would be his problem. I’m sure it affects him — but if you marry a songwriter, you have to put on your big-girl pants and deal with it.”