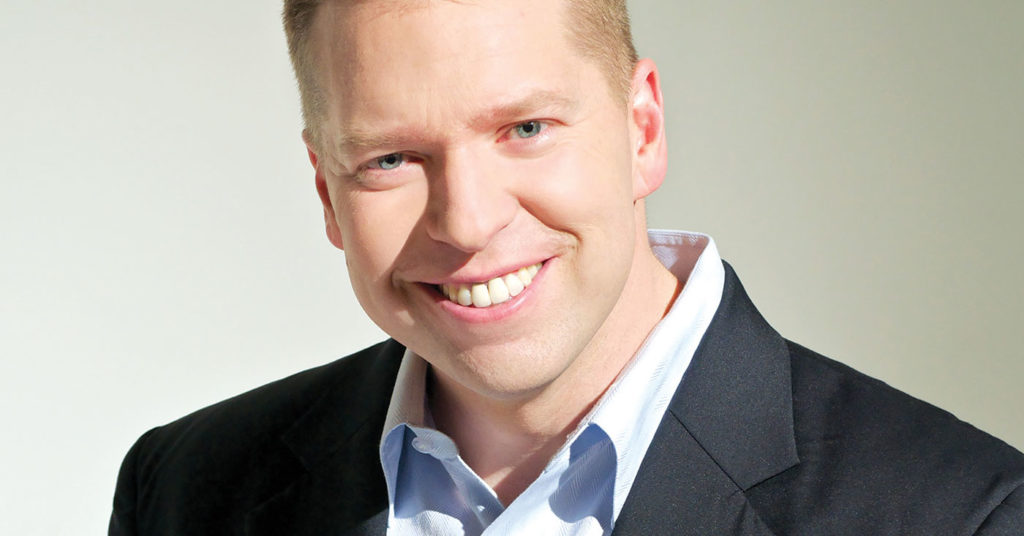 It is unlikely you haven’t come across Gary Owen at some point in the last decade, unless you’ve been living in a drab, shadowy parallel universe with “11” and her band of “Stranger Things.” After high school, the Cincinnati native joined the Navy where he honed his craft for doing stand-up. Since then, he has garnered a massive African-American fan base, which earned him the unique title of “Black America’s Favorite White Comedian” by Ebony magazine. His uproarious sense of humor drives home the adage that there is more that unites us than divides us. He appeared on Tyler Perry’s “House of Payne” and “Ride Along” with Ice Cube and Kevin Hart, and co-starred in the hit films, “Think Like a Man” and “Think Like a Man Too.” He will be performing this week as part of a special one-night show “Laugh N The Ville,” with Corey Holcomb, Gary Owen, Jason English, Kimberly Vaughn, DJ Znyce and Michael Colyar.

LEO: Did you always know that comedy was going to be in the cards for you?
Gary Owen: I was the class clown, the most obnoxious kid in the room. Even in the military I was a goofball. I was always into comedy. I just didn’t really know how to do it. I didn’t know you could just go to your local comedy club and get on-stage — I thought you had to go to New York or Los Angeles to do it.

When did you figure out what you had to do to become a stand-up?
When I went to Los Angeles — I was stationed in San Diego and realized there were all these places you could just go up and do time, and that’s where I started.

What was the first time going on-stage like for you?
It was pretty awful. I was 20 years old: It was like 1 a.m. on a Sunday at The Comedy Store in La Jolla, California. There was about 10 people in the audience and like 20 comics in the back, and the comics started heckling me. I didn’t know how to handle it, so I had a beer in my hand and told the comics, ‘Hey guys, keep heckling. I’m 20 years old, and I’ve been drinking in this club all night. Why don’t I call the cops and have this place closed down?’ The lights got cut off. My mic got cut off. I was thrown out and not allowed back in that comedy club anymore.

Being ‘Black America’s Favorite White Comedian,’ many have classified you as an urban comic. Would you consider yourself an urban comedian?
I just know I’m a stand-up. I know I’m funny. But I’m married to a black girl, and we have mixed kids. So you talk about what you know. I talk about my marriage, my relationship and raising my kids. You don’t choose your audience: They choose you. People decide who they want to go see, and, for me and the things I talk about, it’s a lot of black people who come see me. But it’s because they’ve been exposed to me. I’ve been on BET. Most of the movies I’ve been in seem to have black lead actors, so it just kind of worked out that way.

You have a new show that premiers on BET next month: Tell me about it.
It’s a reality show. We filmed the whole thing in Cincinnati. It comes out Oct. 11 and will be on every Tuesday night at 9:30 p.m. But it’s basically bringing my stand-up to life. So much of my act is about my family and the stuff they do. Now, people will get to see it for themselves. Nothing ratchet. Nothing like ‘Love and Hip-Hop.’ No drinks will be thrown on my show.

Would you consider yourself a trailblazer, being the first white person to be the lead on a BET show?
I didn’t even realize it, until they brought it to my attention, but I guess. The best thing with the show is that, now with the political race, there is a lot of dirt being thrown, and I notice the media would make you think black people and white people aren’t getting along. And that’s just not the case. I mean, there are issues, don’t get it wrong — I’m not naive to the world. But I think, for the most part, black and white people get along. But every now and then, there will be a hiccup, and a black and white guy will go at it. That’s when the media will pounce all over it, and they’ll make you think that’s the norm, when it’s not. That’s not the norm. You can come to any one of my comedy shows to see that’s not the case. •